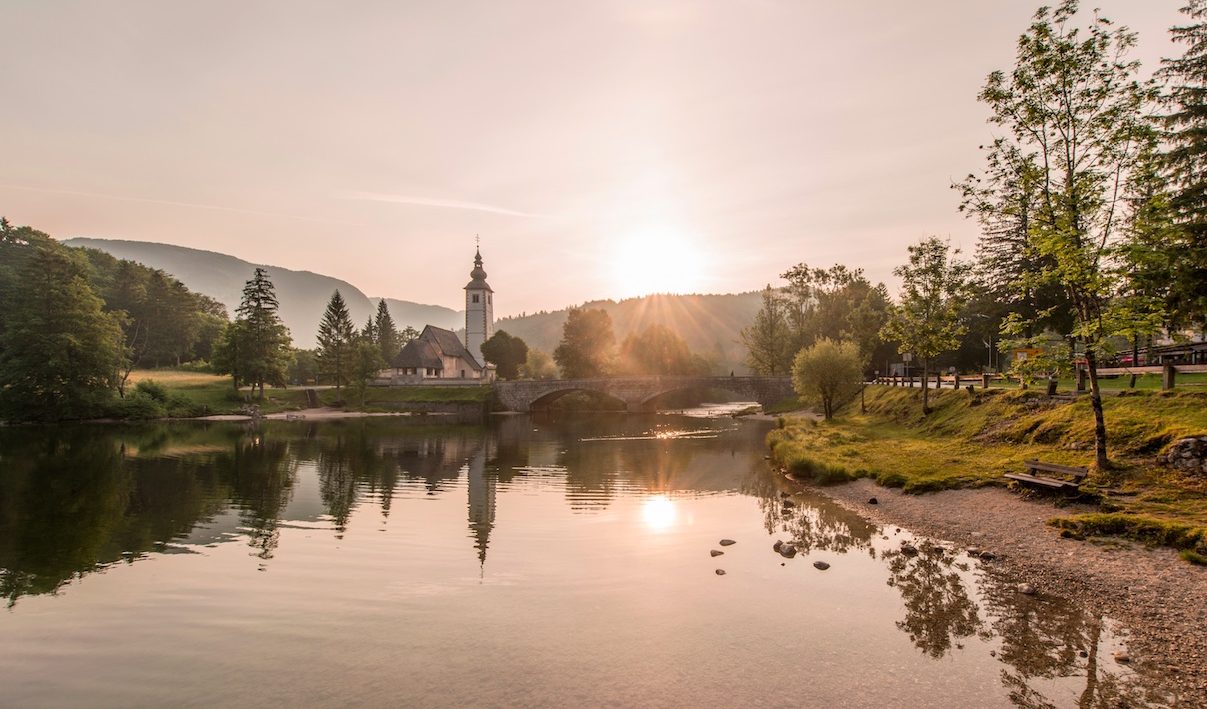 What is preaching? For many years, I would have answered this question by saying that preaching is helping me to understand Scripture better. But I have come to recognize that this is a very poor answer. After all, how is this view of preaching any different than teaching the Bible? Is the only difference between the two the difference between a two-way dialogue and a one-way monologue? God’s Word gives us a fuller and richer understanding of preaching. Let us then briefly consider the storyline of Scripture so that we can see the wisdom and kindness of God in calling His people together weekly to hear His Word preached.

God Speaks in Creation
God created the universe by the power of His Word. When He spoke, “Let there be light,” there was light! And in His creation, God created humanity as the pinnacle of His creation as His image bearers. Since we were created in His image, God spoke to us in Adam so that we would live as He created us to live. However, rather than listening to the loving words of our Creator, in a great act of cosmic treason our father Adam rebelled against God and what He had spoken to us. So humanity was condemned in judgment for our sinful disobedience to God’s Word, and we fell away from our original relationship with God.

God Speaks to Sinful Humanity
After the fall, God continued to love His image bearers, even as humanity’s sin led this world into a downward spiral of corruption and depravity. In our sin, God’s love led Him to speak to humanity with two purposes: 1) to warn of judgment for sin, 2) to promise deliverance from sin. To move toward this promise of deliverance, out of sinful and depraved humanity God separated a people to whom He would speak. Through them, the nations of the world would hear of God, His judgment against them, and the promise of His deliverance. Yet His own people remained in sin, and God called prophets to speak to His people, warning them of judgment as well as reminding them of His promise of deliverance. Throughout the Old Testament, we see the pervasiveness of sin. The world remained under the darkness of sin, with God’s people continuing in sin, waiting for His promise of deliverance.

God Speaks through Christ
God’s promise of deliverance comes through the supreme revelation of Himself to us in Jesus Christ, the Word of God. Christ becomes our deliverer through receiving our judgment and giving us His righteousness. We are saved from the condemnation we deserve because God gives His own Son to stand in our place as our substitute on the cross. This glorious salvation from sin through Christ is a message that must be spoken to the nations!

Because this gospel message must be delivered into all the world, Christ called and sent twelve apostles to spread His name and proclaim His salvation to the ends of the earth. Those who believe in their message of salvation in Christ receive eternal life and become members of His church. Therefore, the church has been established upon the foundation of the spoken ministry of the apostles and prophets. And their ministry has been written down for us in the Scriptures, which is the written Word of God.

Until Christ returns, God has appointed a day each week for the church to continue hearing from Him through the preaching of the His Word. To speak to His church, God created the pastoral office for men whom He calls to preach His Word to His people. Through the preaching of God’s Word, pastors continue to be God’s mouthpiece to warn of judgment and to proclaim the promise of deliverance.

This is why the Apostle Paul writes to Timothy at the end of his life to preach the Word: “I charge you in the presence of God and of Christ Jesus, who is to judge the living and the dead, and by his appearing and his kingdom: preach the word; be ready in season and out of season; reprove, rebuke, and exhort, with complete patience and teaching” (2 Timothy 4:1-2).

God Speaks to His Church Today Through Preaching Christ
Now we can return to where we began. What is preaching? I don’t think that we can give a clearer answer than found in the Second Helvetic Confession (1566): “The Preaching of the Word of God Is the Word of God. Wherefore when this Word of God is now preached in the church by preachers lawfully called, we believe that the very Word of God is preached, and received of the faithful; and that neither any other Word of God is to be feigned, nor to be expected from heaven: and that now the Word itself which is preached is to be regarded, not the minister that preaches; who, although he be evil and a sinner, nevertheless the Word of God abides true and good” (I:4). Or as John Calvin said: “When a man has climbed up into the pulpit, is it so that he may be seen from afar, and that he may be preeminent? Not at all. It is that God may speak to us by the mouth of a man.”

Would you like to hear from God today? God still speaks! He speaks to His church through the preaching of His Word. As Martyn Lloyd-Jones has famously stated: “The primary task of the Church and of the Christian minister is the preaching of the Word of God.” Preaching is essential to our spiritual life and to the nurturing of our souls. May we all grow in our awareness of the rhythm that God has graciously given us, eagerly looking forward to the first day of each week, when we will hear from our God again!