Reflections on the 2018 Southern Baptist Convention 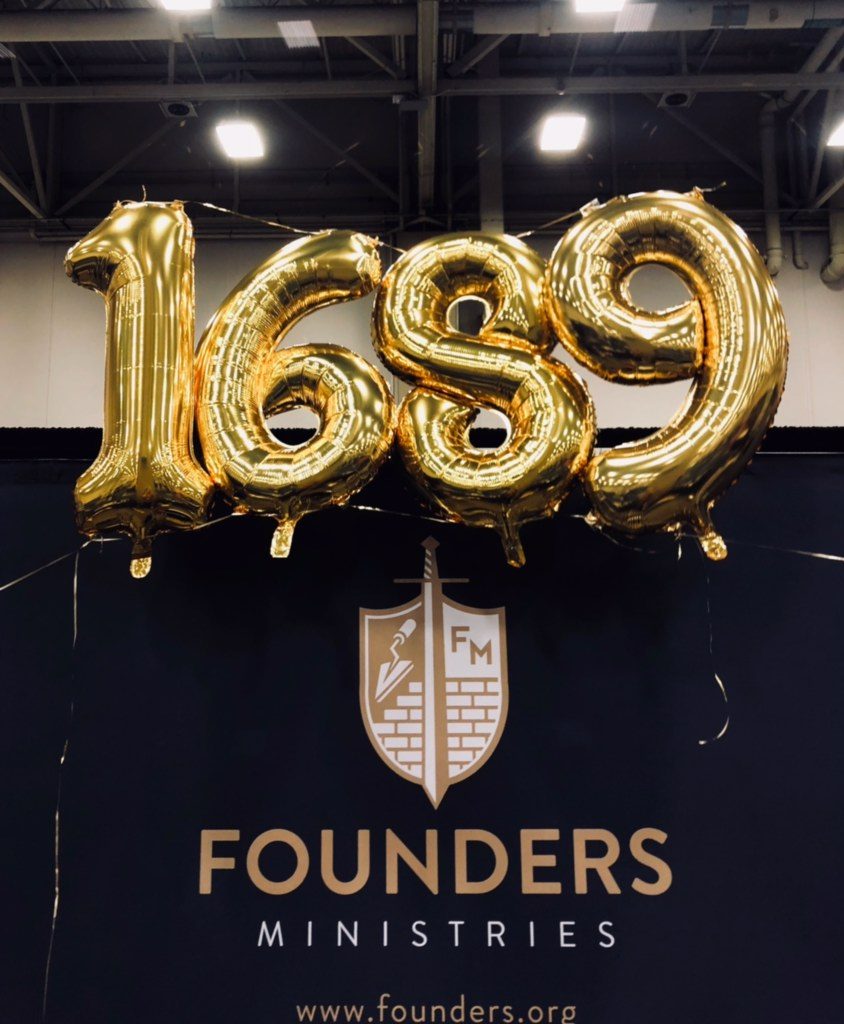 Founders Ministries once again this year had a booth at the annual Southern Baptist Convention (SBC). We were able to give away nearly 2000 copies of the 1689 Baptist Confession of Faith, the confession affirmed by every delegate who gathered in 1845 to establish the SBC. We also gave away dozens of other books and Founders materials and engaged in hundreds of conversations.

There was excitement from the opening gavel at this year’s SBC meeting in Dallas. Over 9000 messengers registered for the two-day affair held Jun 12-13 at the Kay Bailey Hutchinson Convention Center. Right off the bat on Tuesday morning a motion to disinvite U.S. Vice President Mike Pence was defeated. He was actually never invited in the first place but his request to address the assembly on Wednesday was granted.

Many people lamented Pence’s presence at the convention and not a few people spoke of it in almost apocalyptic terms. My own take is that it is almost always unhelpful to have politicians address the SBC, especially for the message it sends to nations and peoples around the world. If the SBC is perceived, rightly or wrongly with the USA government or one of our prominent political parties, it can prove to be a significant roadblock for our workers in various places of the world. For that reason alone (and there are other legitimate considerations), it just strikes me as unwise.

JD Greear was handily elected as our next president, to no one’s surprise. After his magnanimous withdrawal of his name two years ago, this was to be expected. Those who supported Ken Hemphill by misrepresenting JD’s views and positions (which would not be all of Hemphill’s supporters, by any stretch) must be the most disappointed. Greear represents a new generation of Southern Baptists and I for one hope that he will lead well and navigate with grace and biblical fidelity the troubling waters of social justice activism in which we are sailing. He certainly needs our prayers for the demands and opportunities that will be his over this next year.

I found all but one of the reports from our convention entities to be encouraging, for the most part. The International Mission Board’s (IMB) outgoing President, David Platt, reminded us why the SBC exists with moving stories of sound conversions among hard-to-reach people groups. The seminary presidents’ reports were good with Southwestern’s being the highlight for me. Dr. Jeff Bingham is the interim President and he spoke with a rare humility combined with transparency that was both refreshing and inspiring. His words, combined with private conversations with a few SWBTS professors, caused me to leave Dallas with renewed hope for my alma mater.

The most encouraging entity report came from the North American Missions Board (NAMB). Kevin Ezell, NAMB President, and Thom Rainer, LifeWay President, appointed a disciple making task force in 2016 to study discipleship in SBC churches and make recommendations based on their findings. Robby Gallaty, pastor of Long Hollow Baptist Church in Hendersonville, TN, chaired the task force. Gallaty’s report during the NAMB presentation was one of the most honest and encouraging that I have ever heard at an SBC annual meeting.

Gallaty said that their research revealed that we have done a very poor job in discipling people who have “made decisions” to follow Christ in our churches. Over the last twenty years Southern Baptists have baptized 7.1 million people but have seen church attendance remain flat. Gallaty said that after calculating for mortality rates the task force discovered that 6.5 million people have dropped out of SBC churches over the last twenty years. He announced the “80 by 20 challenge” which has a goal of increasing Bible engagement in SBC churches by 80% by the year 2020.

The most disappointing part of the entity reports came from Russell Moore of the Ethics and Religious Liberty Commission (ERLC). Moore recounted many good things the commission has done over the last year in contending for religious liberty and protection of the unborn, among other just causes. It was his response to a question from a messenger, however, that gave me great concern.

Nathan Rager, from Clearwater, FL, asked if the ERLC would renounce the Revoice Conference, whose stated purpose is “supporting, encouraging, and empowering gay, lesbian, same-sex-attracted, and other LGBT Christians so they can flourish while observing the historic, Christian doctrine of marriage and sexuality.” Rager came across as aggressive in the way that he asked his question, mentioning that ERLC’s research fellow, Karen Swallow Prior, had endorsed the conference.

Moore responded to the question by saying, “I don’t know about the Revoice conference but I do know this, Karen Swallow Prior has committed herself to go anywhere and everywhere to stand up and tell the truth about God’s Word about human sexuality.” He then went on a lengthy defense of Prior, noting that she is recovering from a serious accident and is need of our prayers. While I can appreciate his wonderful commendation of Prior, I regret that he did not answer the messenger’s question.

What is disappointing, as well as deeply concerning, is that the head of the Ethics arm of the largest protestant convention of churches in the world does not know about the Revoice conference. Some have suggested that Moore was not being honest, but I think we should be very hesitant to accuse the head of the SBC’s Ethics and Religious Liberty Commission of being dishonest. My hope is that he will quickly get up to speed on this troubling conference and will issue a formal statement about it to enlighten Southern Baptist churches. Here are a couple of good places to start getting up to speed on this conference:

The most riveting moment of the convention came when a member of the executive committee of the SWBTS board of trustees rose to a point of privilege to address the messengers (watch it here, starting at 23:10). It came during debate over a motion to remove members of the executive committee of the SWBTS board of trustees. Bart Barber, pastor of First Baptist Church of Farmersville, TX, and a member of that executive committee, spoke of his experience leading up to and culminating in the firing of President Paige Patterson. He spoke with eloquence, humility, pathos and clarity, of the turmoil and some of the reasons that the board took that course of action. His words carried the day and resulted in the motion be soundly defeated. It was a courageous act. What he said, however, still leaves many unanswered questions about the stated reasons given for the firing of Patterson.

Those are my reflections on the public occurrences at the convention. Some of my greatest encouragement came through private conversations. While many of those focused on serious challenges that are facing us, I am hopeful that a significant number of Southern Baptist leaders see these challenges in a healthy light and are committed to meeting them with renewed commitment to the authority and sufficiency of Scripture.

These are crucial days in the SBC. Over the next several months we will see new presidents appointed for the executive committee, IMB and SWBTS. I am hopeful that the Lord will grant all three of those entities leaders who will boldly and joyfully guide them into the future with a deep sense of stewardship to make the gospel of Jesus Christ known throughout the world.