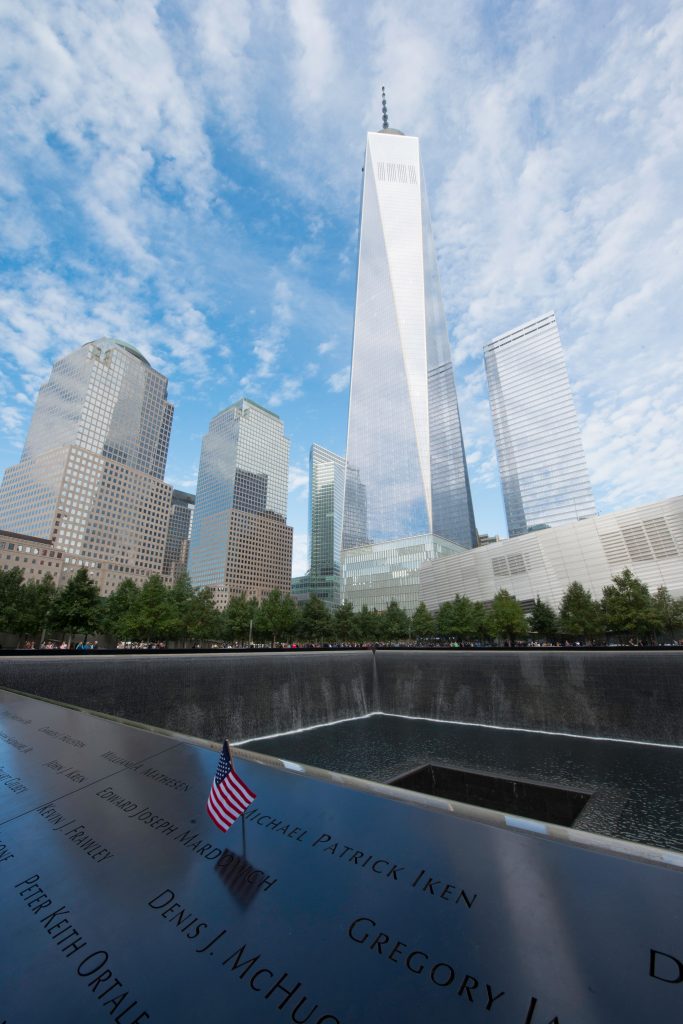 Ten years ago, on September 11, I was in my study, like most Tuesday mornings, working on my sermon for the next Sunday morning. The first notice I received of the attack on our nation was from a phone call from my brother. He asked if I was near a TV. I wasn’t, but I turned on a radio and began listening to the reports. When the second plane hit the World Trade Center the commentators began using the terminology of “terrorist attack” and “war.”

I remember speaking to my secretary, then interrupting a ladies’ Bible study to inform them. After that, I went home to be with my family. With the exception of the youngest ones, we were riveted to the television screen for most of the rest of the day. We called for a special church prayer meeting that night. Strangers mingled with our people in solemn silence. Some struggled as we prayed not only for the injured and the families of those killed but also for the murderers who commandeered the planes, planned and financed the attack. We also prayed for six Muslim young men from Central Asia to whom we had been ministering for months.

That Sunday evening we once again spent much time in prayer for the great needs of our nation. At the close of the service, after I had dismissed the congregation, one of our young Muslim friends, JB, bounded up to the pulpit and asked to speak. I stood with him as he apologized, in behalf of Muslims, for the attack on our nation. He explained that not all Muslims shared the views of those radicals behind the attacks and with great emotion, expressed his deep sorrow. I took the opportunity to explain to him, once again, the gospel of Jesus Christ. For fifteen minutes, with my arm around his shoulder, I reasoned with him from Scripture and pleaded with him to trust Christ. Most of our folks were standing, having begun their exit before JB asked to speak. It was a touching scene, and a reminder to all of us that both the attackers and the attacked need the grace of God in the gospel.

The next Sunday I encouraged our church to consider nine realities as we were still processing what had happened to our nation. When reviewing them this week, I found them still relevant ten years later, as we remember the events on that horrific day.

1. The worst of human nature is on display

• The depravity of humanity has been highlighted by the terrorists

2. The best of human nature is on display

• You may not always know what to say or do, or IF you should say or do anything, but you can always be sure that it is right to pray! Pray for those families who have lost moms & dads and sons & daughters. Pray for justice; for President Bush and our other leaders. Pray, as Jesus taught us, for our enemies.

5. This is a time to acknowledge the reality and power of evil

• Satan is real and powerful and he conspires with our own sin and the world to destroy people.

6. This is a time to remember the Supremacy of God

• The Bible teaches us that God is sovereign over every creation. There is not a random atom anywhere in His universe. It also teaches us that He is infinitely wise and eternally good. Though we don’t have pat answers to all the questions which this attack raises in our minds, we can and we must rest in the greatness and goodness of God. He reigns supreme even over this cruel evil.

7. This is a time to be humbled

• Our billion dollar monuments to power and wealth have been reduced to rubble. Feelings of superiority and invincibility have been shattered. We are forced to see how small we are before God.

8. This is a time to be hopeful

• Seriousness across our land, and indeed the world; cancellations of sports, etc.

• Longing for justice; the evident hope that there is a God

9. This is a time to listen

• By that I mean a time to think. To reflect. To ask, “God, what are you saying to our world? Our nation? To me?” God speaks in providence. There are countless examples of this throughout the Old Testament in the way that God dealt with Judah and Israel. In Amos 4, for instance, God criticizes Israel for failing to listen to His voice when He spoke to them in circumstances: