Resentment and the Market Demand for ‘Reconciliation’ 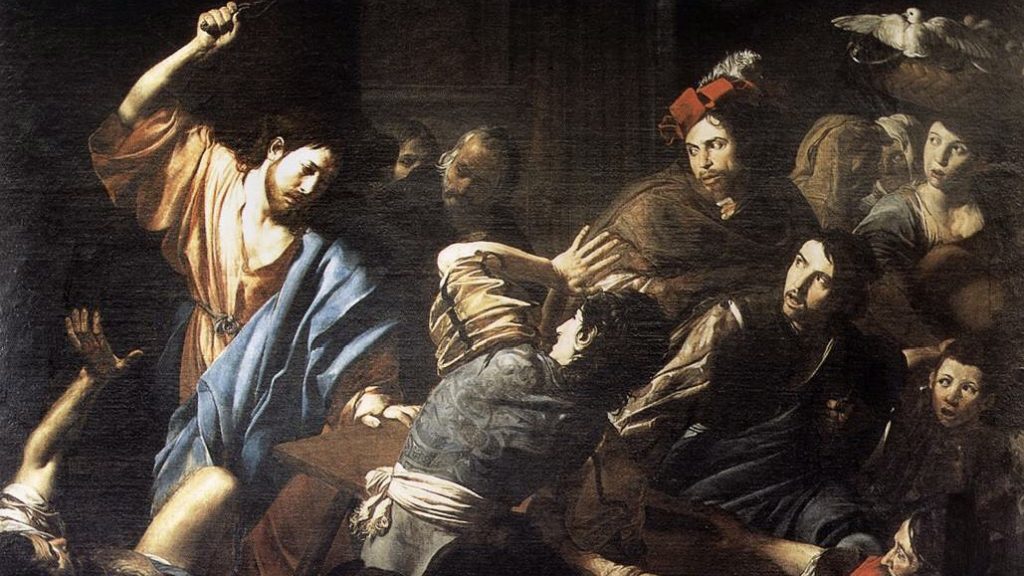 At a recent medical consult, a doctor strongly recommended I schedule a particular outpatient surgical procedure. Since I’d been having some discomfort, I quickly obliged and booked the appointment.

Of course, as the date of the surgery drew near, I weighed the costs and realized my recovery would be far worse than my current discomfort. I also made the mundane observation that the doctor who recommended the operate was, surprise surprise, a surgeon. He had given me no more of an objective opinion than a shrewd mechanic gives suspecting elderly lady whose Cadillac is up for inspection.

What does this have to do with resentment and reconciliation ministry?

On January 17, 1961, President Eisenhower in his farewell address submitted a now-commonplace term for canonization into the American political lexicon: the military-industrial complex.

This memorable phrase has stuck because it succinctly describes a web of topics, boiling it down to a single phenomenon. The underlying observation is that war profiteering happens. When military conflicts arise, regardless of the geopolitical outcome, the real winners are the ones selling the armaments.

If you’re in the reconciliation business, the demand for your product depends upon the perpetuation of conflict.

The principle applies beyond the realm of tanks and soldiers, particularly to cultural controversy. Any time public outrage arises, no matter who’s mad at whom, you can count on it: peddlers of pitchforks and torches will plant themselves around the mob’s periphery. And, like the money changers in the temple, these vendors often have no qualms about erecting their kiosks on holy ground. Hence, not even the church is safe from the ministry-industrial complex. The same men selling spiritual surgery are the ones doing the back-room billing.

To see this, we need look no further than many (not all) of the ministries that march beneath the twin standards of social justice and racial reconciliation. Of course, Scripture speaks volumes about justice and reconciliation—the unchanging standard for the former delivered to us through Moses and the unshakable power for the latter infused into us via Christ. But the difference between a profiteer and a prophet is borne out in the fruit of the message (Matthew 7:20). And for all the rhetoric about unity, precious little is heard from the “woke” about the biblical imperative to forgive unconditionally on the basis of divine mercy (Matthew 18:21-35) and far more about the historic ills, real and supposed, that drive deeper the wedges of resentment. Of course, this is healing the wound of racism lightly (Jeremiah 6:14)—and when a political placebo replaces gospel preaching, the symptoms of strife worsen.

The bottom line is that if you’re in the reconciliation business, the demand for your product depends upon the perpetuation of conflict. It’s simple economics, an unholy symbiosis between bitterness and book sales. And the result is a cottage industry of articles, lectures, and conferences on reconciliation that merely stoke the flames of friendly fire within the church. I’m not saying reconciliation isn’t needed, but right now, the blessing of unity (Psalm 133:1) often isn’t the goal; it’s a hustle.

But, far from dealing in literal pitchforks and torches, the church’s conflict profiteers deal in the hyper-inflated moral currencies of group identity, grievances, victimhood, public apologies, independent investigations, class action, and special task forces. And this tender, though debased, makes a rather cozy pocket liner.

This is why the New Testament is so piercingly clear on the organic unity between cash-grabbing and false teaching—the soul-slaying syndrome of simony. “Woe to them! For they walked in the way of Cain and abandoned themselves for the sake of gain to Balaam’s error… These are grumblers, malcontents, following their own sinful desires; they are loud-mouthed boasters, showing favoritism to gain advantage” (Jude 11, 16).

The Christian response ought not be to imbibe our own bitterness, nor is it to deny the reality of such things as injustice or the necessity of mercy ministry. Neither is it to put our pinch of salt on the altar of the progressive agenda. When Christ entered the temple, he observed and fulfilled the law in its ceremonies, but he toppled the tables of the money changers and drove out the hustlers with an improvised whip. In turn, we must regain our urge to fight, not out of bloodlust but out of concern for the sheep. As men of sincerity, we are called to preach the gospel openly, not peddling prooftexts for gain (2 Corinthians 2:17).

Either we will be faithful as slaves to Christ or we will repeat the blunder of the unforgiving servant (Matthew 18). Let us confess that we too have a ministry-industrial complex on our hands. May Christ overturn our tables.