Resignations from Founders Ministries’ Board

It is with sadness that we announce the resignation of three members of the Founders Ministries board. Drs. Fred Malone, Tom Hicks and Jon English Lee have resigned this week after lengthy conversations about the release of and responses to a trailer for the planned documentary, By What Standard?

Our conversations led to an impasse regarding the nature of sin, unintentional sin, unwise acts and what faithfulness to Christ requires in the wake of each. Though each of these three men formulated his own arguments, their views led them all to conclude they could not conscientiously continue to serve Founders without agreement on these points as it relates to elements in the trailer. As the statements of Fred Malone and Tom Hicks below indicate, they believe we have sinned in how the trailer portrayed certain people and issues. Tom Nettles, Jared Longshore and I do not believe that. This is the fundamental point of the impasse that we reached.

All three brothers who resigned have served this ministry with faithfulness and integrity. They have resigned not because they disagree that the present challenges related to social justice are a serious threat to churches. Rather, each determined that he could not support everything in the clarifications that Founders published.

As anyone who is familiar with this ministry in general or with Fred, Tom, and Jon English in particular can easily surmise, this is a painful separation. By God’s grace it has taken place without acrimony or bitterness but with deep conviction wedded to deep sorrow on the part of everyone involved.

Founders Ministries is continuing with the film project unabated, convinced that the issues we are confronting are of vital importance.

On a personal note I want to express publicly my great love for these men and gratitude for their impact on my life and the lives of my children. My admiration for their integrity and honor could not be greater. The sorrow of these events gives me a deeper longing for heaven when all confusion will be cleared up and there will be no more sorrow, because we will all be gathered around the throne of Him whom we love and have tried to serve to the best of our abilities by His grace and according the light and power given to us.

Tom Hicks has issued the following statement which is printed below at his request and with his permission.

I’m writing this with a heavy heart. Earlier this week, I resigned from the Board of Directors of Founders Ministries. My relationship to Founders is long and deep, and I owe them more than words can express. I have the highest respect for the men who remain on the board, and I believe them to be men of honor, integrity and conviction. I agree with them that the issues of “social justice” are some of the most serious threats to the gospel and to the unity of the church in our time. I believe that these matters must be addressed.

However, after the release of the recent trailer, I came to a strong convictional impasse with others on the Founders Board. We disagreed in love. We all tried to accommodate each other’s consciences as much as possible. We labored to work through our differences, but our respective differences remained. I was particularly concerned about the inclusion of Rachael Denhollander in the trailer, whom I did not see when I first watched it. Her presence in the trailer, along with other sexual abuse survivors, seemed to conflate sexual abuse with other problematic views of social justice. Jacob and Rachael communicated to me that her primary concern was not her portrayal as much as the portrayal of sexual abuse survivors and the conflation of sexual abuse with other issues. All the board members agreed that sexual abuse is very different from social justice issues, but we disagreed about how to go forward in light of the trailer. Thus, with great sorrow, after a week of thinking and praying, I resigned from the board. I love the men of Founders Ministries, and I am grieved that we cannot walk forward together.

I also need to own my own sin in this. I had the opportunity to view the trailer in advance of its public release, but I did not watch it carefully enough. I neglected my duty as a board member. I had a number of concerns and hesitations after viewing the trailer, prior to its release, but I did not voice those concerns. My conscience is convicted that my failure to give full voice to my concerns was a form of lying. I am grieved over my sin, and I have reached out to Rachael and Jacob and asked them to forgive me. They have graciously granted their forgiveness. I would ask you to forgive me as well.

Fred Malone has issued the following statement which is printed below at his request and with his permission.

This past Monday, I grievously tendered my resignation as a Board Member of Founders Ministries. I have loved and participated in the work of FM for almost 36 years with great joy and thanksgiving. Much good has been accomplished for spreading the doctrines of grace held by our Baptist forefathers, upholding the inerrancy and sufficiency of Scripture, teaching biblical holiness, encouraging pastors, and teaching the Baptist doctrine of the local church. Tom Ascol’s leadership in all this has been vital and faithful to our purpose. I am grateful to him and to the other Board Members for allowing me to participate in this noble cause. I love these men as brothers in Christ and wish them well.

However, the recent trailer about the upcoming video on “By What Standard” has created a growing difficulty of conscience within me which resulted in my resignation from the Board. Although I originally approved the trailer as a Board member, I did not exert my due diligence beforehand to closely examine it and to speak clearly about the “tone” of it. That is my failure as a Board Member. So, after I came to the knowledge of a confusing image which was Mrs. Rachel Denhollander (now removed from the trailer by Board agreement), I came to the conviction that I had sinned unintentionally in my approval and that the trailer itself committed a sin unintentionally of false witness against Mrs. Denhollander based upon the 6th and 9th commandments (see Westminster Larger Catechism; Lev. 4:2-27; Num. 15:24-29; 1 John 1:9). By associating her image closely with a confusing statement about powers of darkness, it appeared to many that we were somehow disapproving of her work against sexual abuse. No one on the Board intended this to be the message, yet it was confusing to many and especially to several sexual abuse victims with whom I have spoken. This confusing association brought into question our intentions and motives. I have been an advocate against sexual abuse, a counselor of numerous victims for almost 35 years in my pastoral work, and a reporter of several cases. Further, I know that each Board Member hates this great sin as much as I do, having seen the devastating damage done to its victims. However, since the Board could not agree that this 1-2 second image was sinful, and publicly ask forgiveness as a Board, my conscience about the matter led to my sad resignation.

I want it to be clear that I agree with the Founders Board that the Social Justice Movement contains a subtle invasion of faulty hermeneutics into our thinking which undermines the inspiration and sufficiency of Holy Scripture; and, therefore, the purity of the Gospel of Jesus Christ. We have enough history to show that such a re-interpretation of the Bible has led to church and denominational splits among Baptists and Presbyterians in the 20th Century (i. e., the SBC battle for inerrancy was because of this Social Gospel hermeneutic invading our seminaries and denominational missions). However, how we advocate for truth and grace must be consistent with the teachings of our inerrant and sufficient Bible.

Therefore, I reached a point of conscience and subsequent disagreement which we could not resolve. Since I had not exercised my due responsibility as a Board Member, and since I participated in what I now believe to be a sinful misrepresentation of one of the subjects in the trailer, I resigned before “About the Trailer” was released last Monday. I am in the process of seeking forgiveness of my part in this unintentional sin in the trailer and hope the documentary carries the “firm but gracious” attitude which has characterized Founders Ministries for so many decades.

May God help us all to speak the truth in love, to forgive as we have been forgiven through Christ’s blood, and serve one another as joint-heirs of life. May Christ be praised, 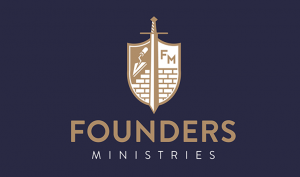 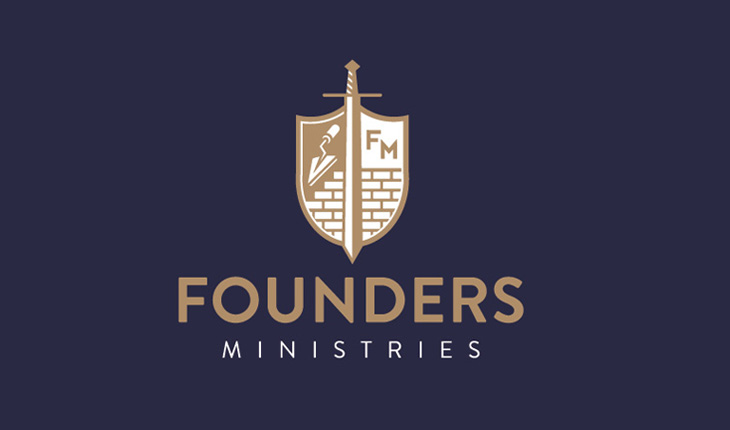 Change in the Founders Board and Upcoming Founders Conference