Russell Moore and the Canaanization of the SBC 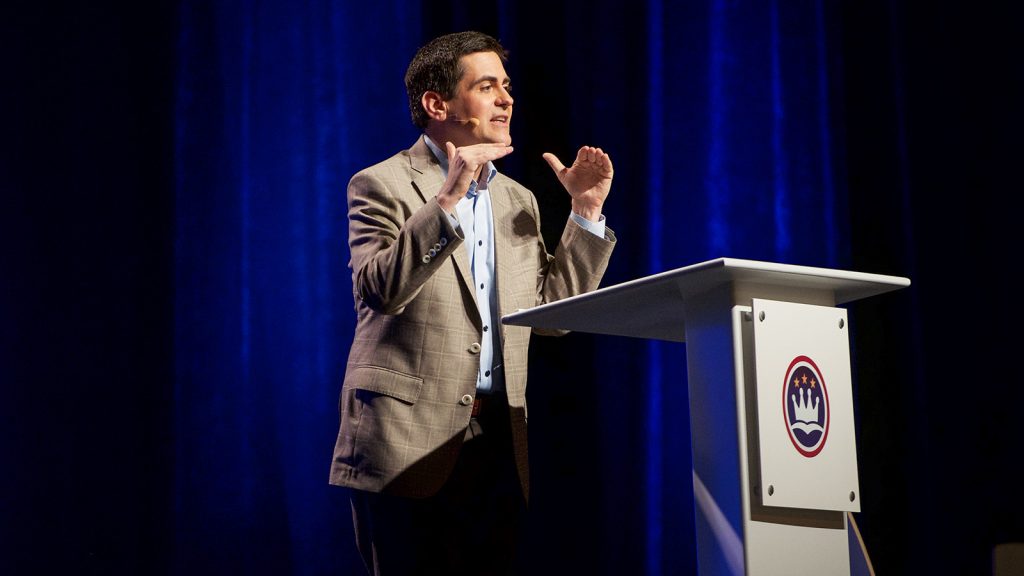 Regrettably, Russell Moore’s departure from the Ethics and Religious Liberty Commission (ERLC) and the Southern Baptist Convention (SBC) has come with public scandal. Moore has written a letter to his colleague and president of the SBC J. D. Greear which has been “leaked,” drawing the attention of national news outlets. You can read that letter here. You can find a response from Pastor Mike Stone here. Much could be said about this troubling episode, but focusing on the Canaanite nature of what has occurred will help us all get a grip on what is going on in the broader scheme of things.

What is plain to anyone reading Moore’s letter is that it was written to be read by a broader audience than the one to whom it was addressed. Moore states in his letter to Greear, “I write this letter mainly because I feel conscience-driven to put down in writing what we have seen, if only so that I can be reminded of it myself if ever I find myself in a similar environment.” Yet, in that same letter, Moore provides a detailed description of Rachel Denhollander, a lady well known by both Moore and the recipient of this personal letter, J. D. Greear—”The defining moment—as it relates to the past year—of that conference was, of course, the conversation I had with Rachel Denhollander, the Olympic gymnast, attorney, and advocate for survivors of sexual abuse.” You can read Moore’s letter above and see for yourself that it was not intended as private correspondence to Greear. Moore was writing a Parthian shot public statement that there is a significant cancer of wickedness, racism, and abuse within the ranks of the SBC. The charges are grievous:

“The crisis is multi-pronged as you and I have discussed, as seen in the blatant, gutter level racism that has been expressed to me behind closed doors.”

“But sooner or later the majority of Southern Baptists will have to decide whether this sort of wickedness can continue to go on under their name.”

“You and I both heard, in closed door meetings, sexual abuse survivors spoken of in terms of “Potiphar’s wife” and other spurious biblical analogies. The conversations in these closed door meetings were far worse than anything Southern Baptists knew—or the outside world could report.”

“Now, as I said to my trustee officers last year, through all of this I have tried to smile and pretend that everything is alright with me personally and refrain from revealing the horrific actions you and I have experienced behind the scenes.”

“But the strategy is clear—an endless psychological warfare aimed at silencing through intimidation.”

An honest reader is left with an obvious question—”Why did Moore keep silent for so long about the gutter-level racism, horrific actions, abuse, and intimidation that he was privy to “behind closed doors” and “behind the scenes”? And why did he not abide by Christ’s teaching and confront those in sin directly, then taking one or two others along with him, and then telling the matter to their churches (Matthew 18:15-17)? I can certainly think of a number of excuses as to why not to do so. But, that would be exactly what they are, excuses for disobeying Creator’s Word and opting for creature’s word.

What is Right in Their Own Eyes

Russell Moore’s recent actions highlight a major problem within the SBC, we have been Canaanized. As Israel during the time of the judges, many want to do what is right in their own eyes. This Canaanization runs deeper than we think. Remember, Moore was the head of the ERLC. In the SBC system, the church messengers ultimately appoint entity heads through an involved voting process. That system is too intricate to detail here. The point is that the establishing of entity heads in the final analysis is a bottom up system. If you are upset about the actions of Russell Moore (and you should be), then remember that we the churches of the SBC were the driving force that made him the president of our Ethics Commission. Politics is downstream from culture and culture is downstream from religion. If things are not smelling good downstream, look up stream.

Canaanite ethics proceed from Canaanite worship. You can look at Church By the Glades, an SBC church pastored by David Hughes, to see an example of this Canaanite worship. His Sunday assemblies involve seductively dancing women singing about cracking that whip and making it hot. He was invited to speak at last years’ SBC Pastor’s conference which was cancelled. As a side note, I have submitted Church By the Glades for investigation and removal from the SBC for not being in agreement with the Baptist Faith and Message 2000. The example above is not the worst of what has occurred in their Sunday worship. I have not heard back from SBC leadership designated to handle such requests.

Our problem is not only unethical operations or seeker-sensitive worship, it really is syncretization with a new religion of paganism. As Abraham Kuyper once said, “The conflict has always been and will be until the end, Christianity or Paganism; the idols or the living God.” In 2015, R. C. Sproul said, “The culture is not merely post-Christian and post-modern. It has become not only neopagan, but neo-barbarian. Ideas have consequences. The ideas of the New Age, of our age, have their roots in ancient Gnosticism. That particular philosophy embraced a form of pantheism or monism: God is ‘the One’—the sum of everything. All is God, and God is all.”

If all is God, then we are God. And if we are God, then we can do what is right in our own eyes. The Canaanites’ worshipped the creature so they developed a creaturely ethic. And we in the SBC, given not only to be pragmatic but given to pragmatism, are syncretizing with the paganism/pantheism/monism that is growing all around us.[1] Ross Douthat, a Roman Catholic and New York Times contributor, has identified such paganism as the belief “that divinity is fundamentally inside the world rather than outside it, that God or the gods or Being are ultimately part of nature rather than an external creator, and that meaning and morality and metaphysical experience are to be sought in a fuller communion with the immanent world rather than a leap toward the transcendent.”

This paganism touches everything, including race and social justice. As Voddie Baucham has recently noted,

How Long Will You Limp Between Two Opinions?

Now is a time to see the New Religion in all of its heresy. That New Religion is deeper and broader than we think. It is related to our worship, CRT/I, and the unethical way in which Russell Moore has departed from the ERLC and the SBC. Elijah asked the question many hundreds of years ago. It is the question before the SBC today—

So Ahab sent to all the people of Israel and gathered the prophets together at Mount Carmel.And Elijah came near to all the people and said, “How long will you go limping between two different opinions? If the Lord is God, follow him; but if Baal, then follow him.” (1 Kings 18:20-21)

[1] I highly recommend Peter Jones’ book The Other Worldview for a deeper dive into the matter at hand.