Same-Sex Attraction, Biblical Christianity, and the Fractures in Our Evangelical Mist 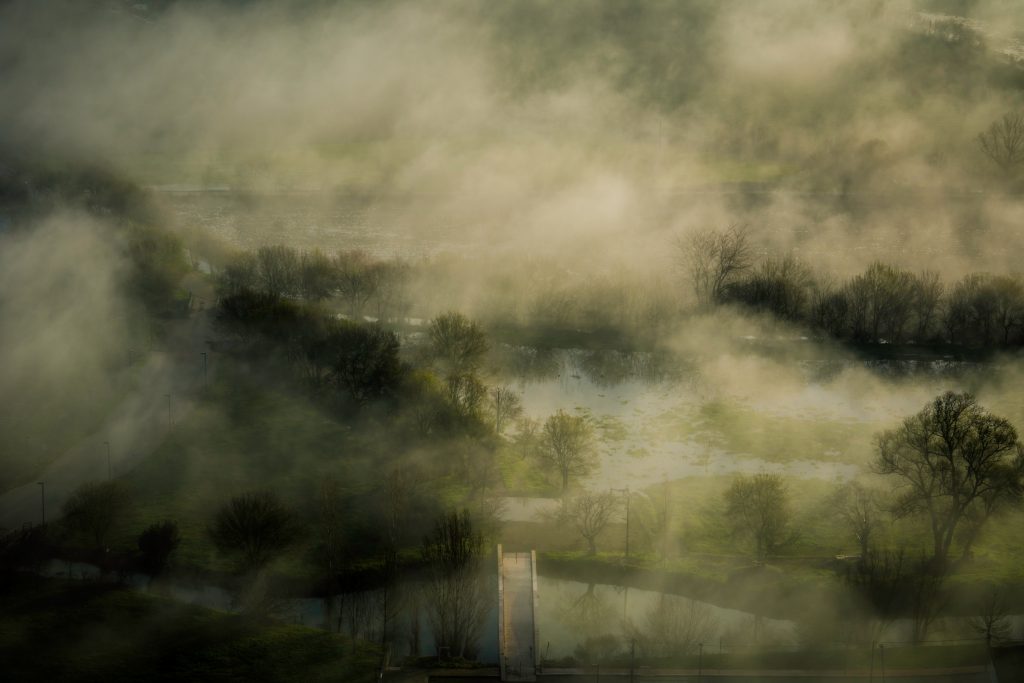 Last week Tom Buck wrote a series of four articles expressing concerns about the teaching of Living Out and, specifically, articles on their website & recommendations they make to people who have sexual desires for members of the same sex. Those articles, shall we say, created quite a stir. The light that Buck helped shine on this issue and the dissipating mist that is following reveal what I fear are unavoidable fractures within evangelical circles.

Living Out is an organization that describes itself this way:

We are a group of Christians who experience same-sex attraction bringing out into the open the questions and dilemmas that gay Christians can often face.

If you accept the premise of “gay Christianity” it is not likely that you will even frame the questions properly, much less offer hopeful, biblical guidance to those who need it. After all, he who asks the questions, controls the conversations.

That principle was put on display in Jonathan Leeman’s (Editorial Director of 9Marks and a personal friend) interview with Sam Allberry (one of the founders of Living Out, whom I have never met) at the recent TGC event sponsored by Midwestern Baptist Theological Seminary and 9Marks. The interview was added to an already-planned panel as a result of Tom’s articles. The interview was marked by gentleness, respect and a level of openness to talk about some uncomfortable issues. It encouraged humility and love (virtues that are too often missing in the current debate surrounding social justice issues) and modeled pastoral sensitivity.

What it missed, however, was really getting to the root of the concerns that have been publicly raised about Living Out’s views and counsel. The organization exists to provide biblical counsel on issues related to homosexuality. It and its leaders have been “platformed” by long-respected, trustworthy Christian entities like 9Marks, TGC, Ravi Zacharias Ministries, and the ERLC of the Southern Baptist Convention (to name but a few). That is why I wished Leeman’s interview with Allberry had addressed root issues and tried to clarify what may be serious doctrinal differences between Living Out’s approach to Christianity and the approach that historic, orthodox, confessional, and Protestant (to say nothing of Reformed) Christians take.

I encourage you to watch the interview (it begins at 1:05:30) and decide if either the questions or answers rise to the level of clarity or seriousness that the following positions of Living Out warrant.

I am sure that there were many assumptions made in that interview, but the questions raised by Living Out’s public positions need more careful investigation than took place. For example, Sam stated that his same-sex attraction and the desires that go with it are sinful. I assume that those who know Sam and have followed his ministry already knew that, but it was helpful to have it stated clearly in light of what has recently been exposed about Living Out’s positions and counsel.

I wish Sam had been given opportunity to provide similar clarity on the egregious issues listed above related to Living Out and on at least four other, absolutely fundamental issues:

If these seem obvious to those in the know I can assure you they are not at all obvious to those of us who are only recently becoming acquainted with Living Out and its affiliated True Freedom Trust ministry.

Without this kind of clarification, the comparison of Sam to a sacrifice viewed as “climbing on the altar even though you are going to get roasted here and there and everywhere, doing it for the sake of the truth of the gospel, the truth of Scripture” left me unmoved. Could it be that some of the criticism directed toward Sam and Living Out is not simply a roasting but is warranted by leaning hard into God’s Word?

The Fractures that are Emerging

There is no doubt that we are living in a brave new world with cultural foundations shifting almost daily. Christians have been disoriented not only by the pace of the change but also by the ways that such changes appear to be moving some Christian leaders and organizations off of their biblical foundations. In such times, the need to reaffirm those foundations is critical and cannot be assumed.

Is the Bible fully authoritative over and sufficient to address human sexuality in a day when sexual perversion is being mainstreamed? If so, then why do we tolerate any ambiguity about “same-sex attractions” being anything other than “dishonorable passions” that, if acted upon, result in doing that which Scripture calls an abomination and “contrary to nature” (Romans 1:26; Leviticus 18:22). Certainly, these biblical truths—like that of hell—should be taught with reverence, humility, and fear. But they should be taught without any embarrassment or apology by those who are unashamed of the inerrant, authoritative Word of God.

Is a believer’s union with Christ so transformative that all other self-perceptions that he or she might claim are so secondary that they should never be allowed to rival his or her identity in Christ? “If anyone is in Christ, he is a new creation. The old has passed away; behold, the new has come” (2 Corinthians 5:17). Why, then, should we use—much less build ministries around—identities imposed by a fallen culture that detract from the transformative power of the gospel that gives every believer new life in Christ? “Same-sex attracted Christian?” “Gay Christian?” I fail to see how such designations can survive a proper appreciation of our union with Christ.

If “gay Christian” is a legitimate designation for someone in union with Christ, then why not also recognize “polyamorous Christian,” “bestiality-oriented Christian,” or “murder-attracted Christian?”

Consider Paul’s words to the Christians in 1 Corinthians 6:9-11:

“Or do you not know that the unrighteous will not inherit the kingdom of God? Do not be deceived; neither fornicators, nor idolaters, nor adulterers, nor effeminate, nor homosexuals, nor thieves, nor the covetous, nor drunkards, nor revilers, nor swindlers, will inherit the kingdom of God. Such were some of you; but you were washed, but you were sanctified, but you were justified in the name of the Lord Jesus Christ and in the Spirit of our God” (emphasis added).

What exactly does Paul mean by describing what they were and contrasting it to what they now are? What did repentance look like for effeminate, homosexuals, adulterers, idolaters and thieves? Doesn’t it mean that they put such things that garnered those descriptions away? That they turned from their sin and turned to God in Jesus Christ? Would it be in any sense biblical to speak of an “idol-attracted Christian” in light of this understanding?

We can no longer assume that evangelicals—even reformed evangelicals—will agree on the answers to these questions.