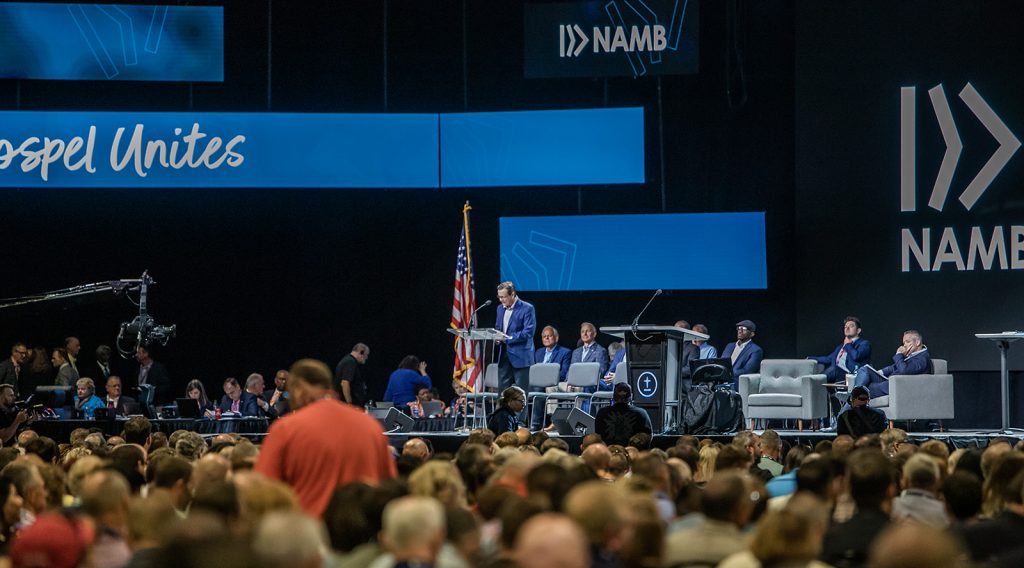 A Call to Jolly Warriors Everywhere

Our Lord, in His manifold wisdom, has told us to be always rejoicing (1 Thessalonians 5:16). And He has not told us to do something unfitting. If we are commanded to rejoice always, then there is always something to rejoice about, even amid Southern Baptist Convention (SBC) shenanigans. Be it resolved, we keep the joy up particularly in the wake of generous helpings of SBC tomfoolery. And be it further resolved, that we go on fighting the good fight for the SBC sails full speed ahead into what the young kids call a hot mess.

That hot mess involves the SBC attempting to scotch-tape the fault line. Fault lines, of course, run pretty deep. Our brother Voddie Baucham has masterfully demonstrated “evangelicalism’s looming catastrophe” which he rightly calls a fault line. That social justice fault line is but a symptom of a bigger and deeper fault line regarding faithfulness on the one hand and apostacy on the other. As Abraham Kuyper once said, “The conflict has always been and will be until the end, Christianity or Paganism; the idols or the living God.”

The greatest folly of the recent SBC in Nashville was the attempt to scotch-tape that fault line. Elijah said to the SBC, “If Baal is God, follow him. But if the LORD is God, then follow him.” And the SBC responded, “That sounds a bit strident Elijah, a bit too binary… are you one of those fundamentalist pirates trying to take over the SBC?”

What the SBC has failed to understand is that if God is building, then your attempt at demolition is futile. If God is tearing down, then your effort to build is doomed. What God has joined together, let man not separate. And what God separates, let man not join together. It does not take a Son of Issachar to see that God is moving the tectonic plates. The funny thing (that also makes you cry) is watching SBC leadership up on the surface believing they will heal the breach with their super glue.

What we have seen occur in our culture over the last couple years is nothing other than the rise of a new religion. Politics is downstream from culture and culture is downstream from religion. Another way of making the point is to say that culture is religion externalized. Nobody truly privatizes religion. Indeed, religion starts in the heart. But it always expresses itself in a full exercise of its principles, or it dies.

We are where we are because the adherents of the new religion have been far more zealous about spreading their faith than Christians have been about spreading the true faith. What we have observed is not only idols of the heart; those have been festering for some time. We have now reached the point where the idolaters have started to offer public sacrifices. The new religion has developed and implemented its ethic. The new faith has begun to proclaim its atonement, appoint its priests, prophets, and kings.

And what is the SBC up to? Making diligent preparations for the great compromise. “The world is watching,” was the oft-repeated phrase. There was a good deal of conservative-shaming from those who maintained they were conservatives, and loads of confused and emotional rhetoric like when James Merritt said, “If some people were as passionate about the Gospel as they were about [rejecting] critical race theory, we’d win this world for Christ tomorrow.” Merritt’s comment supported an attempt to adopt a resolution that renounced “theories” without naming the Critical Race Theory and Intersectionality (CRT/I) that the 2019 SBC resolved to use as a tool. The prevailing logic was that naming CRT/I would send the wrong message to the watching world.

Well Ya Got Trouble, My Friend

It may be hard news for SBC insiders to hear—there is quite an echo chamber in there—but ya got trouble, my friend, right here I say, trouble right here in River City. I’m afraid “either you’re closing your eyes to a situation you do not wish to acknowledge or you are not aware of the caliber of disaster.” SBC 2021 was a time for resolution. And resolved SBC leadership was. But we discovered that you can be resolved to stand for Christ, or you can be resolved to paper over the fault line. SBC leadership chose the latter.

Two years ago, the 2019 SBC resolved to use CRT/I as analytical tools. Then, those theories set our nation ablaze in riotous fire. Many Southern Baptists wanted to right the wrong we had done in 2019. Over 1300 Southern Baptists signed a resolution on the Incompatibility of CRT/I with the Baptist Faith and Message 2000 and submitted it to the 2021 Resolutions Committee. Rather than accept that resolution, the Resolutions Committee referred that “Incompatibility Resolution” to a different 2021 resolution: Resolution 2 entitled “On the Sufficiency of Scripture for Race and Racial Reconciliation.” The problem is that Resolution 2, while rejecting erroneous theories and worldviews in general, did not say a word about CRT/I. No one knows if CRT/I is included in Resolution 2, especially CNN’s Erin Out Front who seemed understandably confused as to whether Southern Baptists committed to use CRT/I or not.

In the final analysis, the SBC does not mind naming CRT/I when resolving to use them as tools (SBC 2019), but must avoid naming CRT/I when *perhaps* rejecting them (SBC 2021). Why? For the sake of our witness. The world is watching. “The world will not understand or accept our rejection of CRT/I. They will misunderstand us and we will lose our opportunity to share the love of Christ.” That is the logic. And that logic will not stop at the SBC’s refusal to renounce vain philosophies by name. That logic leads to the further Canaanization of the SBC, and it is past time for Southern Baptists to choose who they will serve.

Much of our SBC leadership is a bit like Bilbo Baggins in the Shire at the outset of The Hobbit. They like the peace of their little hobbit hole. They like their first and second breakfasts. They have lived in the neighborhood “for time out of mind, and people considered them very respectable, not only because most of them were very rich, but also because they never had any adventures.” They know the world is watching. And they are so overcome with what the Washington Post reporter might say about them that they have begun to pretend there is no battle line drawn between Smaug and their very own dwarfish dinner guests.

Nevertheless, while this Baggins-like SBC leadership has become quite docile, bloated, and far too compromised, there is a Took side to the SBC ancestry. That Took lineage is “not as respectable.” Even so, let us be praying for something Tookish—

“Then something Tookish woke up inside him, and he wished to go and see the great mountains, and hear the pine-trees and the waterfalls, and explore the caves, and wear a sword instead of a walking-stick.”  – J. R. R. Tolkien