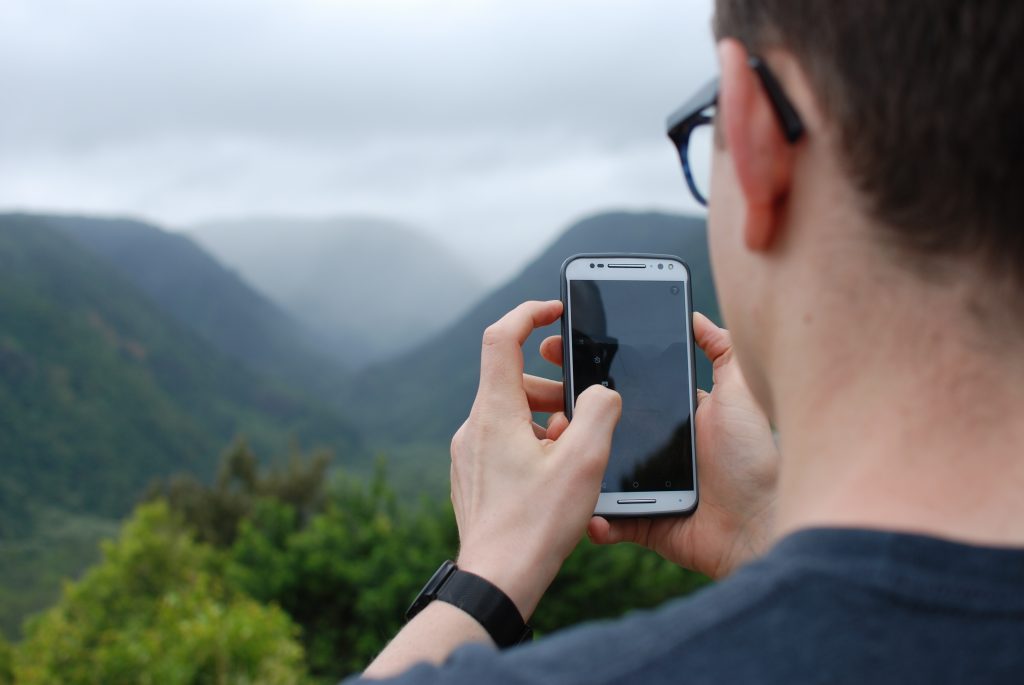 I’ve been plodding my way through Tony Reinke’s 12 Ways Your Phone Is Changing You. I find these pocket computers complex and important. Reinke’s chapters 5 and 8 provide more food for thought. You can find my thoughts on his other chapters in the link below (except for chapters 6 and 7 which are forthcoming).

In these chapters Reinke proposes that our phones offer us a buffet of produced media (5) and tempt us to indulge in visual vices (8).

The gist of chapter 5 is presented by Reinke in a quote from Andy Crouch, “Get out in the glorious, terrifying creation and let it move you and break your heart. Then you’ll have something to offer in the dim mirror that is ‘social media'” (101). Reinke says, “We must be aware that all the content on the ‘small screen’ of our phones is intermediated. This is not good or bad, just a reality that calls for discernment and discretion” (97). Reinke introduces the ideas of mediatedand intermediated. It can get a little deep, but the ideas are (1) God mediateshis presence to us through material creation, and (2) people take the materials of God’s world and remediatethem through art, music, literature, etc.

In other words, there is a difference between a picture of the Grand Canyon on our phones (intermediated) and the experience from the top of the canyon itself (mediated). Now it just might be the picture on your phone that motivates you to get to the canyon. When that kind of things happens, then things are working in the right way. Then there’s the fact that we simply may not be able to get to the Grand Canyon so we should simply be thankful for the picture God gave us. But, although our phones can motivate us and even be good gifts in themselves, our smartphones really do provide an opportunity for us to inordinately feed on the produced. We could have refreshed ourselves by a walk outside, but instead we’re left drained after binge-watching online media. Although the phone itself is not to blame, we need to know that there are people highly-trained and incentivized to keep us binge-watching.

It is at this point that we see the connection to chapter 8. Our phones are a space in which we are tempted to indulge in visual vices. Sure, we’ve always been tempted. No one can honestly blame-shift, “God, that phone that you gave me made me do it.” Even so, we must take seriously how accessible and discreet pornography and other forms of sexual sin have become in the smartphone age. In the same way that some lose their appetite for God’s glorious creation because they are stuffed on smartphone produced media, “millions of young men are losing their capacity for human intimacy as they give themselves willing to this bondage [of pornography]” (136). It takes away the life of its possessors.

The remedy for the strange woman’s temptation is the wife of your youth (Proverbs 5:18). The wise father is not shy about telling his son to enjoy God’s creation: “Let her breasts fill you at all times with delight; be intoxicated always in her love” (Proverbs 5:19). The wise father knows that enjoying God’s creation which He has given us is the greatest protection against the temptation to satisfy ourselves in ways He has not permitted (and in the end won’t gratify us anyway).

Reinke concludes, “Yes, step away from screens, and let the glories of creation break your heart and let the handiwork of God’s creative genius wash you as you ski mountains, hike trails, and scuba dive into oceans. But don’t stop there. Climb the summits of Scripture, too… Then take all of God’s created and revealed gifts to you and make all of them into a life that shows the world how glorious and satisfying God really is.” (101).