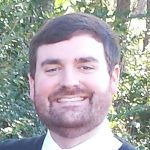 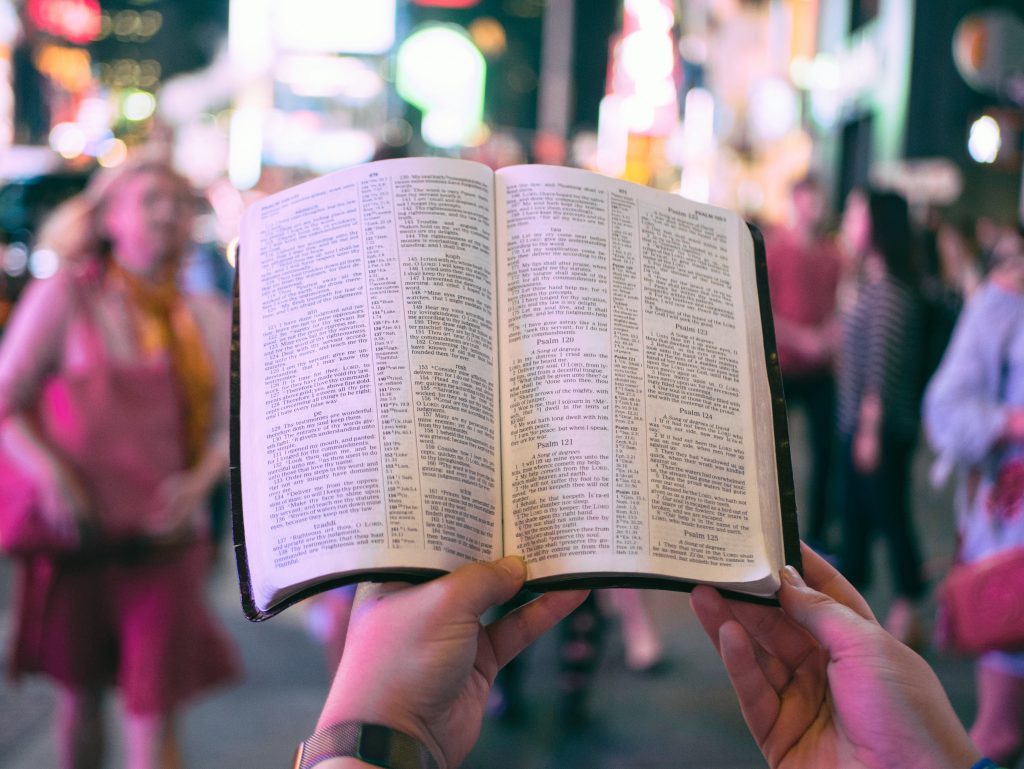 If you perform a YouTube search of Joel Osteen on Larry King Live, you can see how uncomfortable a person feels claiming to be a “Christian” and being asked if this means that Jesus is the only way of salvation. While we might not find ourselves on a TV news program, there is still a sense of hesitancy and awkwardness at times in proclaiming the exclusivity of Christ. We might feel like we are not trained in a sophisticated manner to handle the detractors of Christianity. Can ordinary pastors speak with boldness concerning the exclusivity of Christ?

The man labeled “The Father of the Modern Missions Movement” voyaged to India possessing a steadfast belief concerning Christ’s exclusivity. William Carey, the cobbler-pastor-missionary, might not be the model of a polished speaker but his heart burned with a passion to see the gospel of Christ carried to the ends of the world. Instead of seeing a belief in Solus Christus, Christ alone, as a barrier to ministry, we can learn from Mr. Carey on how such a belief is a fuel for ministry in the face of many challenges. Consider three lessons we can learn from William Carey’s commitment to Solus Christus in India:

Anchor Your Preaching in Christ

The Serampore Form of Agreement of 1805 provides us with the theological and missiological beliefs that structured the ministry of the Particular Baptists in India. In this document, Carey lays out what will be the heartbeat of their cause: preaching Christ alone. The agreement states that the missionaries would seek to emulate Paul, “and make the great subject of our preaching Christ the crucified.” The preaching of Christ is described as “the grand means of conversion.” Preaching Christ and Him crucified serves as the instrument by which sinners were converted and the church grows in sanctification. Can we be tempted to see doctrine as dry and dusty? Carey sees “these glorious truths” as “the joy and strength” of his soul. The Baptist missionaries see themselves as part of the heritage of Luther and the Reformation as well as the ministries of men like Edwards and Whitefield in the Great Awakening. [1]

These men saw themselves as ministers and ambassadors of the cross of Christ. They were foreigners coming into a spiritual desert containing an abundance of spiritual mirages promising much in the way of satisfaction but leaving men spiritually famished. Challenges were abundant for Carey, but his confidence rested in the power of the gospel transforming India. Modern historians and scholars label Carey’s missionary work as more humanitarian than gospel-centered. Dr. Michael Haykin counters that such individuals confuse the root of Carey’s ministry with its fruit. He writes:

Sending forth the gospel with its message of the crucified Christ whose death alone delivers from sin and its consequences was the main thing these men and women were about. The social and educational impact of that proclamation was a happy byproduct of their gospel preaching. To view these men primarily as social reformers is to do them a grave injustice. [2]

From his own hand, Carey provides us with how he declares “that all men were sinners against God” followed up with declarations concerning the justice and purity of God. He explains “that except our Sins were pardoned we must go to Hell…” Carey preaches the Law to point out the nature of sin in the lives of the pagans. He then comes to Christ and His sufficient sacrifice. Carey proclaims “that God was under no obligation to save any Man, and that it was of no use to make Offerings to God to obtain pardon of Sin…” in the form of animals or humans. Carey brings the message home by declaring God’s gracious salvation for the sake of Christ. [3]

Do you know individuals with hardened hearts in your community or family? Does it seem like you are spinning your wheels by preaching Christ alone? Brother pastor, your message must be Christ and Him alone! Let us stand with Paul and William Carey confessing the only ground of hope is found in Christ! How did Carey endure and how can we endure in difficult seasons?

Rely Upon the Grace of God

We are sure, that only those who are ordained to eternal life will believe, and that God alone can add to the church such as shall be saved. Nevertheless we cannot but observe with admiration, that Paul, the great champion for the glorious doctrines of free and sovereign grace, was the most conspicuous for his personal zeal in the work of persuading men to be reconciled to God. [4]

These first missionaries to India confess that God chose a people unto Himself, those were the people who would be saved, and that God added to His church. These doctrines, as they rightly noted, were championed by the Apostle Paul, and instead of being a detriment to evangelism, they rather served as the motivation for it.

Carey’s understanding of human depravity is connected then to an utter acknowledgement that God is the One who alone can save men and women from their sins. While sailing to India in 1793, Carey observes:

Have most awful proof of the Awful effects of human depravity when heightened by bad principles – the Old Deist is one of the most daring presumptuous wretches that ever I heard…never found a man so hardened and determined to turn Scripture into Ridicule as him – Oh how dreadfully depraved is human Nature. [5]

Where is Carey’s hope in the face of such darkness? Would the description of this Deist sound like someone in your context? I know men and women who seem to only harden their hearts more against the gospel. Where is our hope in the midst of such spiritual darkness and obstinacy? Carey’s confidence in the power of God’s grace must be our confidence. He explains:

All my hope is in, and all my comfort arises from God; without his power no European could possibly be converted, and his power can convert any Indian, and when I reflect that he has stirred me up to the Work, and wrought wonders to prepare the Way I can hope in his promises, and am encouraged & strengthened. [6]

William Carey beckons us in the 21stcentury to not despair as we survey the sinful depravity all around us. Preach Christ! Rely on sovereign grace! This is our foundation and our hope! This is why, as unpopular as it might be, he preached Christ alone and so must we.

Defend the Sufficiency of Christ

It is easy to think our situation unique in the history of the church as to the barriers, obstacles, and hindrances to gospel ministry. In a pluralistic society, Carey faced the scorn of an “enlightened” society. Carey recorded an interaction with an English Deist who hosted him:

Spent the Evening in a long Dispute with my friendly Host, was enabled, through Mercy to be faithful and speak of the necessity of Faith in Christ in order to salvation – This was called illiberal (narrow-minded) and uncharitable; as it excluded Unbelievers, and eventually adjudged the Heaths to Eternal Misery. I argued that I was no more uncharitable than the Bible, and that if that was the Case, God would appear Gloriously Just…I feel a pleasure in being Valiant for the truth, and much wish that God would convert his Soul. [7]

Do you feel a kinship with Mr. Carey? Did you preach that our assurance of salvation is found in Christ alone rather than in a human decision only to receive a comment on how divisive you were? Did you turn red with embarrassment someone mocked your faith on the job? Remember that men and women like the English deist are to be pitied by us. Let us not despise them but love them enough to declare to them the truth.  We preach Christ and Him alone with no exceptions made. The Bible, not emotions or experiences, fashion how we preach the gospel of Christ. The results are in the hands of God. His calling to us is to go forth and proclaim that Christ is the only way, the only truth, and the only life.

In one of his final letters, Carey pens these words to his sisters, “The atoning sacrifice made by our Lord on the cross is the ground of my hope of acceptance, pardon, justification, sanctification, and endless glory.” [8] A commitment to Solus Christus shapes not only our view of gospel ministry and salvation but how we live and die. Whether you are facing the moralism of “Cultural” Christianity that emphasizes citizenship over Christ, the paganism of a primitive people group in the Amazon, the darkness of Islam or Hinduism in Asia, or the secularistic idolatry of America, remember that the work of Christ is your only hope and assurance. We do not apologize for preaching Christ alone. We glory in our Savior and rest in His victory! 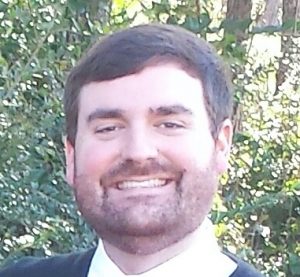 Bio: Jake serves as the pastor of New Testament Baptist Church in Biloxi, MS. He grew up at NTBC and led the church to relaunch in August of 2011. He will graduate with an undergraduate in Christian Ministries from William Carey University in Hattiesburg, MS.
AUTHOR ARCHIVE