Spurgeon in the Study 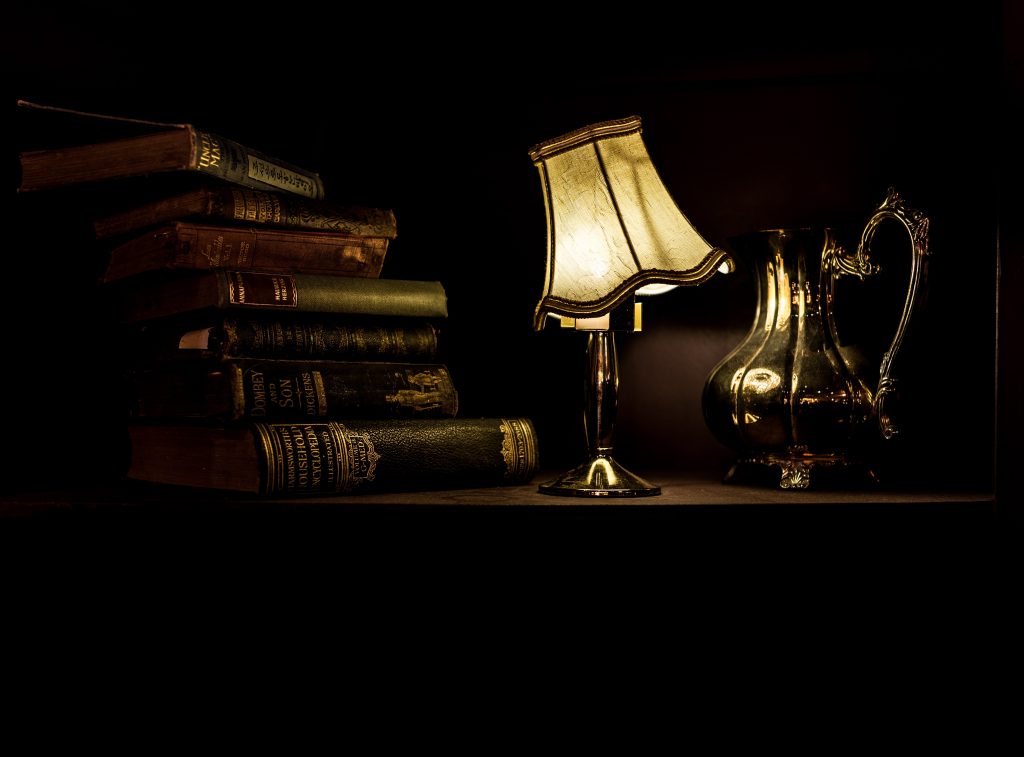 Recently, the practice of sermon-copying received some anecdotal examination from a professional homiletician. It was not written to justify the prominent incidents of this of recent revelation. The professor used events in the life of Spurgeon to smooth the way for a more tolerant understanding of this phenomenon. One incident mentioned concerned Spurgeon’s attendance in the worship time of another congregation and hearing his own sermon from a country pastor and benefiting from it. Spurgeon was not offended and did not reprimand but thanked the minister for ministering to his soul. Spurgeon’s humility, the common possession of the word of God, and Spurgeon’s desire to benefit from divine truth is on display there.

Another incident to which he referred concerned Spurgeon’s confronting a student with preaching Spurgeon’s sermon only to find that it was from William Jay. The student and Spurgeon had a common source, so the story goes. Martin Lloyd Jones gave the anecdote. The professor who communicated this story in a twitter thread was not familiar with William Jay of Bath. He referred to him as William J. Bath. William Jay was one of Spurgeon’s favorite preachers, a much older contemporary, and perhaps he would borrow illustrations and even outlines from him. As far as I can discern, it never rose to the level of intellectual theft, or reproducing the exact language (including illustrations and errors!) for sentence after sentence. He certainly thought Jay worth emulating. In 1856 (when Spurgeon was 21) Paxton Hood noted the influence of Jay, observing that Spurgeon had “something of Jay’s plan and method, but that is all.” (Autobiography 1:355). Hood goes on to say, “He has [that is, Spurgeon] in his speech true mental and moral independence.” Another observer of the early Spurgeon (1855), James Grant, said “Models of different styles of preaching are so numerous, that originality must be of rare occurrence; but he [Spurgeon] appears to be an original genius. To the pith of Jay, and the plainness of Rowland Hill, he adds much of the familiarity, not to say the coarseness, of the Huntingtonian order of ultra-Calvinistic preachers.” (Autobiography 1:350) The “Huntingtonians” alternated between admiration and separation in Spurgeon’s evaluation.

In another place, Grant wrote, “Mr. Spurgeon evinces much aptitude in borrowing illustrations, not only from the pages of antiquity, and from modern life and literature, but also from most familiar incidents, as well as from public events.” Grant in that observation refers to Spurgeon’s genius in being able to squeeze out pertinent and vivid illustrations—short striking images or longer narratives—from a variety of sources. His own facility in application made them fit his purpose with clarity. Spurgeon recounts going to hear Jay preach when Spurgeon was living in Cambridge. “I remember with what dignity he preached, and yet how simply.” He goes on to say, “My recollections of Jay were such as I would not like to lose. It usually happens that, when we listen to a venerable patriarch, such as he then was, there is all the greater weight in his words because of his age.” [Autobiography 1:150]. He never forgot the text or its emphases, “Ever let your conversation be as becometh the gospel of Christ.”  (Pike’s Life and Work 1:75).

It is not unthinkable that Spurgeon could have had such a vivid memory of a Jay sermon he had heard (or read), that the outline came to him in his Saturday evening work of sermon preparation. Often in these evening hours, culminating his week’s labors of unremitting writing of various sorts and a disciplined regimen of reading, Spurgeon testifies that a sermon outline and most of its argument would fall on his mind in a few moments after some lengthy time of reading through relevant volumes in his library. In his Lectures to my Students, Spurgeon used William Jay as an example of hovering over the words of a text in order to fix them plainly in the minds of the congregation: “The many are not always sufficiently capable of grasping the sense apart from the language—of gazing, so to speak, upon the truth disembodied; but when they hear the precise words reiterated again and again, and each expression dwelt upon after the manner of such preachers as Mr. Jay, of Bath, they are more edified, and the truth fixes itself more firmly upon their memories. Let your matter, then, be copious, and let it grow out of the inspired word” [Lecture 1:76].

Early in his ministry, Spurgeon opposed the distribution of sermon helps and gave negative reviews to them-such tools encouraged laziness and disingenuousness preaching. When he read the letters that Susie received from ministers applying for books from her book ministry, he himself began to write for tired minds and bodies that had labored for six days and would try to piece together a sermon in a few hours on Saturday evening. He wrote as he said, not to encourage laxness but to pour some water into the pump to generate the fresh flow of thought.

Spurgeon, especially when young, would sometimes use an outline for a sermon lifted straight from Gill’s comments. Who has not used a commentary in such a manner especially when convinced that the outline’s exegetical insight is correct? He was also influenced greatly by reading sermons from J. Edwards and certain passages in Spurgeon have clearly been influenced by Edwards’s rhetoric and images (see below). Spurgeon had the most prodigious understanding of the Puritans of any in his day and read them regularly. It is no surprise that their ideas—both theological and applicatory—appear frequently in his sermons. We would hope that similar puritanical excurses would punctuate sermons of many a modern preacher. Spurgeon could discern their peculiar talents, styles, theological contributions with great alacrity and accuracy and one would expect, in light of the common source of authority and instruction in the Bible, that they too would appear in Spurgeon sermons in ways that Spurgeon would make his own. This in fact the case.

It seems completely inconsistent, however, with Spurgeon’s manner of preparation, his homiletical style, his irrepressible genius and originality that he would simply preach another man’s sermon. I am not, however, in a position absolutely to deny that it happened. Knowing his irrepressible penchant for originality, he would avoid like the plague preaching one of the sermons of his immediate contemporaries especially. It would be interesting to know which of Williams Jay’s sermons Spurgeon preached and published as his own, if it happened. Where is it in the NPSP or the MTP? If someone knows, I would be glad to be informed. Given the manner in which the sermons were recorded by amanuenses and then edited by Spurgeon before publication, it seems almost impossible for that to have happened, though perhaps it did.

There are places where Spurgeon would imitate an emphasis, the nature of the language, a compelling manner of expression, or a peculiarly tight theological point. In the manner of his appeal to sinners, sometimes Spurgeon resembles Whitefield in passion and in brief reminiscence of Whitefield’s language and the movement from one group of his auditory to another in pleading with them. He was, after all, referred to as the “Modern Whitefield” and might have used some of Whitefield’s methods and language in the early days of his open field preaching. In a sermon on John 3:18 in giving exposition of “condemned already” Spurgeon used a series of ideas and sometimes the very language from Jonathan Edwards’s “Sinners in the Hands of an Angry God.”

God is more angry with some of you than he is with some in hell….God’s wrath, though it come not on you yet is like a stream dammed up. Every moment it gathers force….Oh wherefore do ye stand out against him, and in this way pull down upon your heads the wrath of an angry God?” (MTP 16:681, 682).

In illustrating the fitting roles of the persons of the Trinity in the Covenant of Redemption, Spurgeon scripted a conversation between the persons concerning their common agreement to bring to completion the divine redemptive purpose (e.g. “The Gracious Lips of Jesus” MTP 54 #3081). This followed the style of John Flavel in a similar simulation of an intra-trinitarian discussion.

Yes, Spurgeon was influenced by the greatest of the preachers of the past, but that he preached another man’s sermon apart from rigorous study and preparation of his own must be proved. Spurgeon’s own testimony of the selection of a text seems to make this virtually impossible: “I confess that I frequently sit hour after hour praying and waiting for a subject, and that this is the main part of my study; much hard labour have I spent in manipulating topics, ruminating upon points of doctrine, making skeletons out of verses and the burying every bone of them in the catacombs of oblivion, sailing on and on over leagues of broken water, till I see the red lights and make sail direct to the desired haven. I believe that almost any Saturday in my life I make enough outlines of sermons, if I felt at liberty to preach them, to last me for a month, but I no more dare use them than an honest mariner would run to shore a cargo of contraband goods” [Lectures 1:88]. This does not seem like the attitude and method of a preacher who would settle for using another man’s sermon.

I am aware that the centuries have produced, by God’s kindness, a rich store of exposition, sermonic material, doctrinal discussions, and polemical engagements from which we want to benefit personally and then share with those to whom we minister. That we so benefit is, I think, an element of our stewardship of the “communion of saints.” It is an admission of our finiteness and the particular giftedness of other saints through the centuries. If a preacher is unwilling to benefit from Chrysostom, Augustine, Anselm, Luther, Calvin, Jonathan Edwards, George Whitefield, John A. Broadus, Charles H. Spurgeon, B. H. Carroll, J Gresham Machen, James Montgomery Boyce, or Don Carson, he is missing sources of enrichment for his own exposition. He should consider some investment of time in these pivotal thinkers, commentators, and homileticians of the past and present. But the same body of material should teach us to internalize the insights and distribute them, as they did and do, in the context of a personal pastoral stewardship of calling and obligation to the revealed word of God and the people God has given us. Paul’s concern for Timothy is true for us—“so that all may see your progress” and that we may “keep a close watch on [ourselves] and the teaching.” (1 Timothy 4:15, 16).