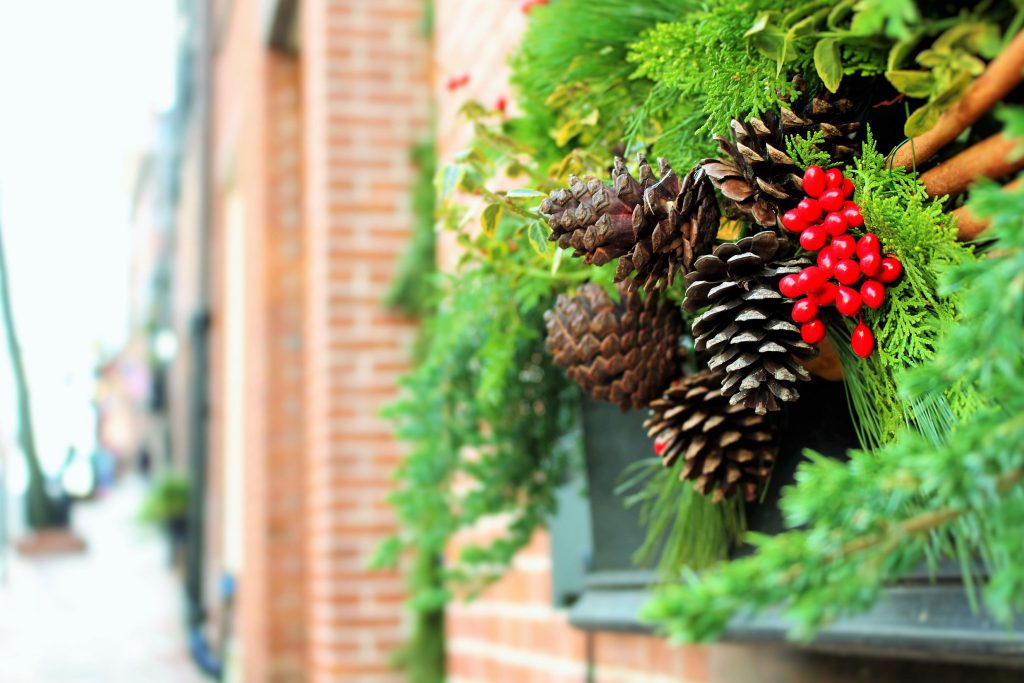 JM asked about Spurgeon’s view of Christmas. I like Spurgeon on this subject because he does not fit easily into either of the simple pre-cut molds that tend to dominate those with strong opinions on whether Christians should even acknowledge, much less celebrate Christmas. In one corner you have those who give a resounding “NO” to this question. After all, the Bible does not even hint at celebrating the birth of Jesus Christ annually. Furthermore, Christmas is an adaptation of a pagan festival and “what hath light to do with darkness?” In the other corner are those who seem to think that anything less than an all-out celebration of Christmas–even by those who are not Christians–is an assault on our faith and one more indication of how godless our culture has become.

Spurgeon’s views are considerably more nuanced than either of these. He is clear that Christmas is not a biblical holiday and so minces no words in criticizing the attempt to equate it with vital Christianity. He sometimes ridicules and chides the observance of Christmas as a “popish festival.” This point of view is what is most often quoted when Spurgeon and Christmas come up. For example:

On Sunday morning, December 24, 1871, entitled, “Joy Born at Bethlehem,” Spurgeon began his sermon with these words:

“We have no superstitious regard for times and seasons. Certainly we do not believe in the present ecclesiastical arrangement called Christmas. First, because we do not believe in the mass at all, but abhor it, whether it be sung in Latin or in English; and secondly, because we find no Scriptural warrant whatever for observing any day as the birthday of the Savior; and consequently, its observance is a superstition, because not of divine authority. Superstition has fixed most positively the day of our Savior’s birth, although there is no possibility of discovering when it occurred. … It was not till the middle of the third century that any part of the church celebrated the nativity of our Lord; and it was not till very long after the Western church had set the example, that the Eastern adopted it. … Probably the fact is that the “holy” days were arranged to fit in with the heathen festivals. We venture to assert, that if there be any day in the year, of which we may be pretty sure that it was not the day on which the Savior was born, it is the twenty-fifth of December. Nevertheless since, the current of men’s thoughts is led this way just now, and I see no evil in the current itself, I shall launch the bark of our discourse upon that stream, and make use of the fact, which I shall neither justify nor condemn, by endeavoring to lead your thoughts in the same direction. Since it is lawful, and even laudable, to meditate upon the incarnation of the Lord upon any day in the year, it cannot be in the power of other men’s superstitions to render such a meditation improper for to-day. Regarding not the day, let us, nevertheless, give God thanks for the gift of His dear Son.”

He had little patience with his Protestant brethren who made much of the day out of religious devotion. Yet, Spurgeon was far from a Scrooge. Nor did he think it some violation of Scripture to utilize the inevitable emphasis of the season to preach the incarnate Christ. So it is easy to find sermons on the birth of Christ that he preached around Christmas time.

In December of 1855 he preached on “The Incarnation and Birth of Christ” from Micah 5:2. His opening words were these:

THIS is the season of the year when, whether we wish it or not, we are compelled to think of the birth of Christ. I hold it to be one of the greatest absurdities under heaven to think that there is any religion in keeping Christmas-day. There are no probabilities whatever that our Savior Jesus Christ was born on that day and the observance of it is purely of Popish origin; doubtless those who are Catholics have a right to hallow it, but I do not see how consistent Protestants can account it in the least sacred. However, I wish there were ten or a dozen Christmas-days in the year; for there is work enough in the world, and a little more rest would not hurt laboring people. Christmas-day is really a boon to us, particularly as it enables us to assemble round the family hearth and meet our friends once more. Still, although we do not fall exactly in the track of other people, I see no harm in thinking of the incarnation and birth of the Lord Jesus. We do not wish to be classed with those

“Who with more care keep holiday
The wrong, than others the right way.”

Observe, this morning, the sacred joy of Mary that you may imitate it. This is a season when all men expect us to be joyous. We compliment each other with the desire that we may have a “Merry Christmas.” Some Christians who are a little squeamish, do not like the word “merry.” It is a right good old Saxon word, having the joy of childhood and the mirth of manhood in it, it brings before one’s mind the old song of the waits, and the midnight peal of bells, the holly and the blazing log. I love it for its place in that most tender of all parables, where it is written, that, when the long-lost prodigal returned to his father safe and sound, “They began to be merry.” This is the season when we are expected to be happy; and my heart’s desire is, that in the highest and best sense, you who are believers may be “merry.” Mary’s heart was merry within her; but here was the mark of her joy, it was all holy merriment, it was every drop of it sacred mirth. It was not such merriment as worldlings will revel in to-day and to-morrow, but such merriment as the angels have around the throne, where they sing, “Glory to God in the highest,” while we sing “On earth peace, goodwill towards men.” Such merry hearts have a continual feast. I want you, ye children of the bride-chamber, to possess to-day and to-morrow, yea, all your days, the high and consecrated bliss of Mary, that you may not only read her words, but use them for yourselves, ever experiencing their meaning: “My soul doth magnify the Lord, and my spirit hath rejoiced in God my Savior.”

Finally, someone sent me this quote several years ago. It certainly sounds like Spurgeon, but I have not been able to document it. If you know where it comes from, please let me know. Whether he said it or not, it expresses the sentiments of my own heart very well.

“Now a happy Christmas to you all; and it will be a happy Christmas if you have God with you. I shall say nothing to day against festivities on this great birthday of Christ. We will to-morrow think of Christ’s birthday; we shall be obliged to do it, I am sure, however sturdily we may hold to our rough Puritanism. And so, ‘let us keep the feast, not with old leaven, neither with the leaven of malice and wickedness; but with the unleavend bread of sincerity and truth.’ Do not feast as if you wished to keep the festival of Bacchus; do not live to-morrow as if you adored some heathen divinity. Feast, Christians, feast; you have a right to feast. Go to the house of feasting to-morrow, celebrate your Saviour’s birth; do not be ashamed to be glad; you have a right to be happy. Solomon says, ‘Go thy way, eat thy bread with joy, and drink thy wine with a merry heart; for God now accepteth thy works. Let thy garments be always white; and let thy head lack no ointment.’

“Religion never was designed to make your pleasures less.”

Recollect that your Master ate butter and honey. Go your way, rejoice tomorrow, but in your feasting, think of the Man in Bethlehem; let him have a place
in your hearts, give him the glory, think of the virgin who conceived him, but think most of all of the Man born, the Child given. I finish by again saying, —

“A HAPPY CHRISTMAS TO YOU ALL”

That is my wish, as well.