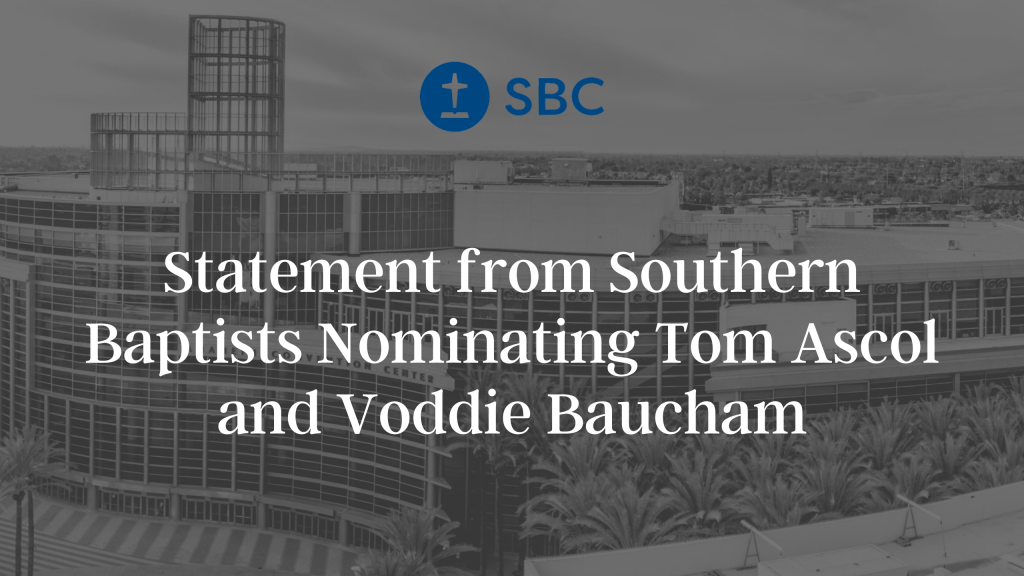 The Southern Baptist Convention plays a vital role in global Christianity, with the world’s largest missionary force and 11% of America’s churches. But perhaps even more importantly, through our six seminaries, we educate one third of America’s seminary students. Our institutions affect vastly more than just ourselves.

But the Southern Baptist Convention badly needs a change of direction. While baptisms and evangelism continue their freefall, a small group of leaders steers our institutions ever closer to the culture, from radical feminism masked as “soft complementarianism” to the false gospel of Critical Theory and Intersectionality. In Christ there is no Jew or Greek, there is no slave or free, we are all made one in Him. But this “Race Marxism” divides everyone by their most superficial features, in a never-ending cycle of recrimination and hate.

We reject these worldly dogmas. We stand together on the Baptist Faith and Message. We proclaim the sufficiency of Scripture. And we know the vast majority of Southern Baptists do too.

At this critical juncture, we need men to serve who can unite our convention around the Gospel of Jesus Christ. We believe there are no two better men to lead us in this vital task than Tom Ascol and Voddie Baucham.

For many years, Tom Ascol has been a faithful conservative voice in the SBC. The grandson of a Syrian Muslim immigrant who was murdered in the South in the 1920s, Tom Ascol has seen the grace of God at work in his family, and savingly in his own life. He believes the Gospel is the sole answer to the challenges we currently face as Southern Baptists.

Likewise, Voddie Baucham is one of the most faithful expositors of our day, a day in which sound preaching is more important than ever. He will give the exact kind of leadership needed for the SBC Pastors’ Conference, an event which in recent years has shifted radically from one of the high points of the entire year into what many have termed “Woke Fest”. The importance of restoring that pivotal event cannot be overstated.

We’ve been told “the world is watching”, and so it is, demanding that the church conform. But we believe that God is watching, that He alone defines our terms and sets our agenda.

And God is not Woke.

The Baptist in the pew isn’t either. But that won’t mean anything if we don’t show up, and vote.

So come to the Annual Meeting in Anaheim this June. We’re asking you to stand in this crucial hour, for the SBC, and for Tom Ascol and Voddie Baucham. Help us change the direction, and return the SBC to a firm commitment to the sufficiency of Scripture.