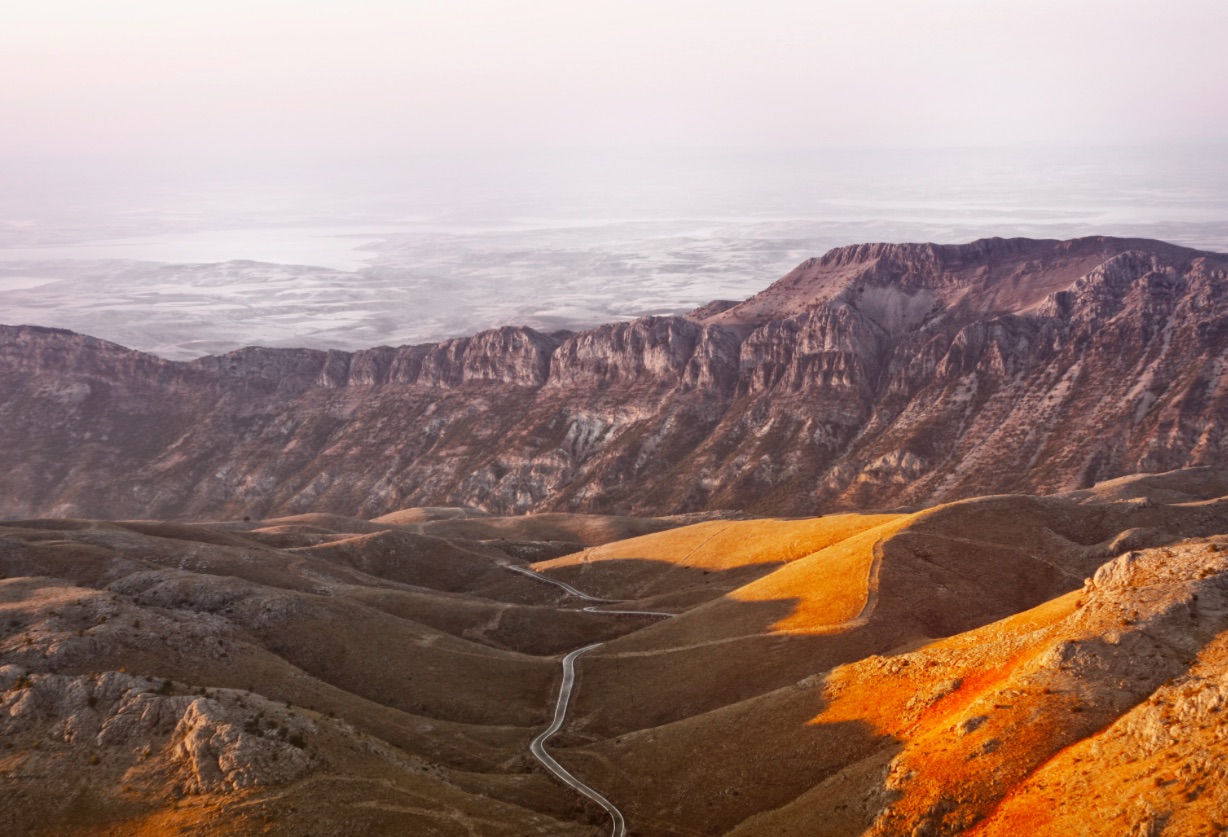 That statement that most succinctly, clearly, and economically expresses universally received Christian truth is known as the Apostles’ Creed. Witsius, after debunking the legend of the origin of this creed by successive statements contributed by the twelve apostles, gave strong approbation of its usefulness. He held that “greater authority is justly allowed to this Creed than to all other compositions of the kind that are extant.” He said that it is “comprehensive in doctrine, perspicuous in language, and neat in arrangement.” Though not authentically a work of the apostles under the immediate and infallible inspiration of the Spirit, so consistent is it with biblical truth that “the man who wantonly rejects it, ought not to be esteemed a Christian” [Witsius, Apostles’ Creed, 1:14].

The finalized text of the Apostles’ Creed appeared in the work of Pirminius (d ca. 753) in A. D. 750. A Benedictine monk from England, he served as a missionary to South Germany and gave instructions in Christian doctrine and morals to recently baptized Christians. Its articles, arranged somewhat awkwardly in order to fit the number twelve, appeared in a sermon erroneously attributed by Baronius to Augustine, each article juxtaposed with the name of the oracular apostle.

1. I believe in God the Father, Almighty, (Peter)
2. Maker of heaven and earth: (John)
3. And in Jesus Christ, his only begotten Son, our Lord: (James)
4. Who was conceived by the Holy Ghost, born of the Virgin Mary: (Andrew)
5. Suffered under Pontius Pilate; was crucified, dead and buried: (Philip)
6. He descended into hell: the third day he rose again from the dead: (Thomas)
7. He ascended into heaven, and sits at the right hand of God the Father Almighty: (Bartholomew)
8. From thence he shall come to judge the quick and the dead: (Matthew)
9. I believe in the Holy Ghost: I believe in the holy catholic church: (James, Son of Alphaeus)
10. The communion of saints: the forgiveness of sins: (Simon Zelotes)
11. The resurrection of the body: (Jude the brother of James)
12. And the life everlasting. Amen. (Matthias)

Though the attempt to reconstruct its origin partakes of the fabulous, its affirmative sentences give a simple reflection of the facts of redemptive history and the assertions of biblical revelation. The particular form and order had been developing at least as early as the letter of Clement of Rome to the Corinthians in the last decade of the first century. Its basically Trinitarian structure surrounded by certain affirmations of the peculiar operations of each person of the Trinity may be seen in several passages in Clement, including this one. “The apostles received the gospel for us from the Lord Jesus Christ; Jesus the Christ was sent forth from God. So then Christ is from God, and the apostles are from Christ. Both, therefore came of the will of God in good order. Having therefore received their orders and being fully assured by the resurrection of our Lord Jesus Christ and full of faith in the Word of God, they went forth with the firm assurance that the Holy Spirit gives, preaching the good news that the kingdom of God was about to come” [Holmes, The Apostolic Fathers, 42].

Likewise, in the letters of Ignatius at the end of the first decade of the second century, we find a deep and clear commitment to Trinitarian doctrine, the real humanity as well as true divine sonship of Jesus Christ, the efficacy of his true bodily suffering and resurrection, the person of the Holy Spirit, and the necessity of unity of doctrine in the church. He warned the church at Trallia, to “partake only of Christian food, and keep away from every strange plant, which is heresy.” “There is only one physician,” Ignatius insisted, “who is both flesh and spirit, born and unborn, God in man, true life in death, both from Mary and from God, first subject to suffering and then beyond it, Jesus Christ our Lord” [Holmes, 88]. And again, “For our God, Jesus the Christ, was conceived by Mary according to God’s plan, both from the seed of David and of the Holy Spirit” [Holmes, 92]. In writing to the Trallians, Ignatius gives evidence of a confessional formula similar to this creed: “Be deaf, therefore, whenever anyone speaks to you apart from Jesus Christ, who was of the family of David, who was the son of Mary, who really was born, who both ate and drank, who really was persecuted under Pontius Pilate, who really was crucified, and died while those in heaven and on earth and under the earth looked on; who, moreover, really was raised from the dead when his Father raised him up, who—his Father, that is, in the same way will likewise raise us up in Christ Jesus who believe in him, apart from whom we have no true life” [Holmes, 100].

Throughout the writings of Justin Martyr (ca. 150) we find doctrinal assertions and phrases that show his familiarity with an early development of the “rule of faith” and his ability to apply those doctrinal principles in a variety of situations. For example, in his first Apology, Justin argued, “From all that has been said an intelligent man can understand why, through the power of the Word, in accordance with the will of God, the Father and Lord of all, he [the Word, or Son] was born as a man, was named Jesus, was crucified, died, rose again, and ascended into heaven” [Apology, 46].

So it is in the writings of Irenaeus (ca. 180), who in writing Against Heresies, said, “The church . . . received from the apostles and their disciples the faith in one God, the Father almighty, ‘who made heaven and earth, the sea, and all that in them is,’ and in one Christ Jesus, the Son of God, incarnate for our salvation, and in the Holy Ghost, who preached through the prophets the dispensations of God and the comings and the birth of the virgin and the passion and the resurrection from the dead, and the reception into heaven of the beloved, Christ Jesus our Lord, in the flesh, and his coming from heaven in the glory of the Father to sum up all things and to raise up all flesh of all mankind, that unto Christ Jesus our Lord and God our Saviour and King, according to the good pleasure of the invisible Father, ‘every knee should bow, of things in the heaven, and things on earth, and things under the earth, and that every tongue should confess’ him, and to execute just judgment upon all.”

Tertullian (ca. 225) in his Prescriptions Against Heretics put much confidence in the reception of “The Rule of Faith” given, at least in its essential content, by Christ himself and proclaimed in the apostolic teaching, preserved in Scripture, and retained in the teaching of the apostolic churches. He wavered not in his conviction that “Christ laid down one definite system of truth which the world must believe without qualification, and which we must seek precisely in order to believe it when we find it.” He went on to report that the Rule of Faith is “that by which we believe that there is but one God, who is none other than the Creator of the world, who produced everything from nothing through his Word, sent forth before all things; that this Word is called his Son, and in the name of God was seen in divers ways by the patriarchs, was ever heard in the prophets and finally was brought down by the Spirit and Power of God the Father into the Virgin Mary, was made flesh in her womb, was born of her and lived as Jesus Christ; who thereafter proclaimed a new law and a new promise of the kingdom of heaven, worked miracles, was crucified, on the third day rose again, was caught up into heaven and sat down at the right hand of the Father; that he sent in his place the power of the Holy Spirit to guide believers; that he will come with glory to take the saints up into the fruition of the life eternal and the heavenly promises and to judge the wicked to everlasting fire, after the resurrection of both good and evil with restoration of their flesh.”

Augustine (ca. 421) used the order of the creed in writing his Enchiridion probably alternating between the version of Hippo and the version of Milan for precise wording. The Creed served as the basis for several other writings and sermons. He pointed to the Lord’s Prayer and “the Creed” as easily memorized and constituting the sum of faith, hope and love. “Because the human race was oppressed with great misery because of sin, and stood in need of the divine mercy, the prophet foretold the time of God’s grace and said Then everyone who calls on the name of the Lord shall be saved (Jl 2:32). That is the reason for the prayer. But when the apostle quoted this testimony of the prophet in order actually to proclaim God’s grace, he immediately added But how are they to call on one in whom they have not believed? (Rom 10:14). That is why we have the Creed.”

Having its basis in the biblical revelation of the Trinity and the focus on the work of Christ in his incarnation, these teachers shared the truth of the apostolic revelation that had Christ not been truly like us in all things pertaining to our humanity, the corrupting power of original sin excepted, he could in no sense be a redeemer of this race. While Gnostics such as Valentinus sought to deny the true humanity of Christ and Marcion sought to destroy the unity between the God of creation and the God of redemption, biblically sound Christian teachers found these synthesized assertions helpful in exposing the faulty steps of heresy. They focused on the unity of Scripture, the unity of God, the truth and necessity of the incarnation, the reality of Christ’s fully redemptive death and resurrection accomplished in his human nature in indivisible unity with his eternal sonship. The presence of the Holy Spirit, the unity of the church, the resurrection of the just and the unjust, and the reality of eternal states of each gave biblical symmetry to the whole of the truths confessed. In order to defend, teach, and confess the truth as well as test its existence in others this creed served the cause of orthodoxy well and still stands as one of the truly ecumenical expressions of biblical faith.