The Cost of ‘Kingdom’ Talk 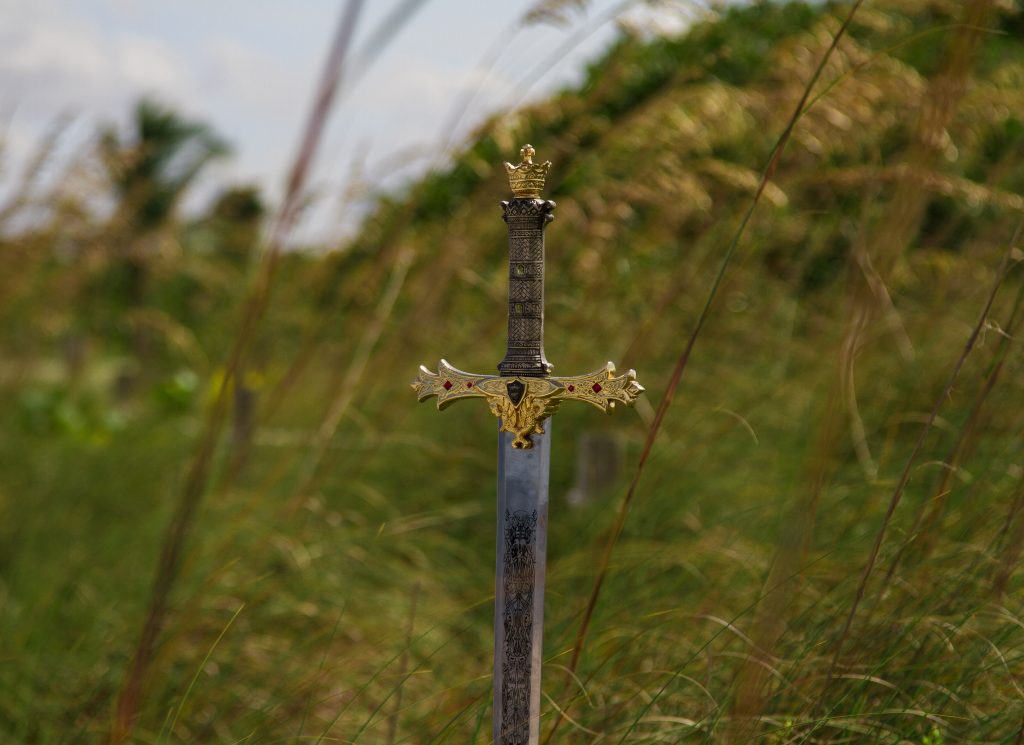 Everybody wants the rights to the term “kingdom.”

The word, as an adjective in Christian parlance, roughly translates, “Any vaguely spiritual activity or notion.” Clocking a few hours at a soup kitchen isn’t just volunteerism, it’s “kingdom work.” My menial life can be transcended and replaced with the ideal of “kingdom living.” And, if my coffee beans are fair trade and the cup is manufactured from least 20% post-consumer material, I’m sipping a kingdom latte right now.

The meaningless expansion of the term to encompass anything remotely altruistic or religious betrays our ignorance of its true definition. First, there is a sense in which God’s sovereign governance of the cosmos is his kingdom. But the second sense of the word is the special realm of God’s salvation and rule—his eschatological kingdom. This kingdom dawned when Christ came and accomplished redemption for his people, and it will reach its consummation upon his triumphant return.

When Jesus first arrived on the scene, he proclaimed the imminent arrival of his kingship: “The time is fulfilled, and the kingdom of God is at hand; repent and believe in the gospel” (Mark 1:15).

This kingdom realm isn’t geopolitical or institutional; it is the unseen (given that it dwells in human hearts) yet very concrete (given that it manifests in tangible, cultural fruit) sphere where King Jesus is recognized as Lord. It is where God rules. It centers on the King.

People tend to misinterpret the spiritual and heavenly nature of Christ’s kingship as a theoretical or symbolic authority rather than real authority over heaven and earth. Jesus reigns from heaven, but that does not mean that his authority is limited to a separate realm that doesn’t affect bodily life down here. The biblical Jesus is the benevolent dictator of the universe. And as soon as we rip the kingdom out of the hypothetical realm, as the kids would say, things get real. Jesus’ claim to total dominion right now—“All authority in heaven and on earth has been given to me” (Matthew 28:19)—includes our secular safe spaces.

Many of us have come to like the language of kingdom. Kingdom rhetoric preaches good. It sells. The problem is in nailing down what exactly such a kingdom looks like, or which sub-brand of evangelicalism gets to decide.

Check Your Presuppositions at the Door

“The kingdom of God” is not a blank canvas on which to paint our personal political and social ideals. Since Jesus is really ruling from heaven by divine law (Isaiah 42:4), then employing any kind of kingdom language necessarily involves a trade-off at a worldview level.

We are guilty of trying to have it both ways. We leave shore in the name of “engaging culture” while allowing the prevailing winds of secular, postmodern, intersectional, progressive theory to guide the sails of our worldview. The same can be said for a secular, libertarian conservatism which idolizes the depraved individual and conserves nothing. We must recognize, then, that modern intersectional thinking isn’t a simple distillation of a biblical justice, nor does the biblical imperative to love the sojourner map directly onto a policy of borderless nations. Loose thematic overlap—such as a shared concern for the poor—doesn’t make worldly philosophies interchangeable with a robustly biblical kingdom theology. Choose you this day whom you will serve. Just because the kingdom of God is in the inaugural phase doesn’t mean you’ll ever see Jesus stumping for the re-election of Belial.

There are two reasons this choice between a Christian world-and-life view and worldly philosophy is so stark. The first reason is that all governments are theocracies. There is always a god of the system—be it the State or the People. The Bible settles this issue rather quickly. Either Caesar is Lord or Jesus is. Either a Hegelian dialectic governs humanity or a Van Tilian antithesis does. You cannot systematically deify capital, oppression, autonomy, or Big Brother and expect covenant blessings from Yahweh.

The second reason is that all social theories are eschatological. Neither hollowed-out secular conservatism, libertarianism, progressivism, anarchism, nor socialism offer a buffet of public policy ideas disembodied from a philosophy of history. They all have their own views of history and thus either see history from God’s perspective or don’t. Communism and democratic socialism are notoriously utopian. Communism is more apocalyptic, while democratic socialism is more progressive, but they both pinpoint the consummation of history at the triumph of the god of the state. Conservative, flag-waving civil religion is also utopian in its own way, in that its goal is to return to the good ol’ days when traditional values supposedly reigned. The world’s philosophies may have varying degrees of self-awareness of their eschatological presuppositions, but never did a group of men preface their party platform, “Here are just a few practical tips for society, but we have no opinion on how this all turns out.”

The thing about views of history is that they are also falsifiable. It was a lot easier, for instance, to be an out-and-proud communist in 1848 than it is to be one in 2018, 100 million dead later. (Assuming your educational system hasn’t all but rewritten the past.) The world’s social theorists must hide their eschatological outlook because then they must deal with those nagging historical facts. And if we’re honest with ourselves, the historical record for the last two millennia is one of the miraculous progress and imperfect transformation wrought by the scandalous message of a crucified Christ. Relative to 2,000 years ago, the gospel has made astonishing progress, and that’s no accident; it’s the direct accomplishment of Christ who promised to be empower and indwell his church even to the end of the age (Matthew 28:20) and who in his zeal has sworn to spread his dominion (Isaiah 9:7). The offensive message of a flayed-and-risen Christ is the pebble in the shoe of the pagan worldview.

We Christians, of course, have legitimate differences over our own eschatology. Interpretations vary, but the biblical headline over history is that every knee will bow. And if that is where history is going—fast or slow—then to adopt a kingdom-oriented world-and-life ethic means giving up the competing historical philosophies of pagan theory. Jesus wins.

I recently had coffee with a student at an ostensibly Christian college tell me that he had a professor discourage him from pursuing cross-cultural missions because missions is an oppressive vestige of European colonialism. Similar claims have erupted in the wake of evangelist John Chau’s death on the island of North Sentinel. This raises the question: is all this talk of Jesus’ kingdom just warmed-over neocolonialism?

To the contrary, the kingdom of Christ is not to be conflated with any set of national borders or geopolitical powers. In previous generations, God has been pleased to use the West as a sort of cradle for Christianity, but he is free to focus his blessings elsewhere, and in many ways, he already has—to the two-thirds world, perhaps in part as a judgement against us. The Great Commission has nothing to do with Western imperialism, and we should be rightly suspicious of a Constantinian coupling of church and state. But this is different from separation of the state from God. The Lord Jesus is far from indifferent about the goings-on down here.

Nor am I saying that all the common-grace blessings of Western society will somehow magically mature into saving-grace blessings like revival, conversion, and lasting spiritual fruit. The civilizing project doesn’t evolve into the New Jerusalem. In fact, prosperity and wealth tend to have an adverse effect on the church’s vitality. Without breath, dead bones are dead bones—even if all the ligaments and sinews are reattached. But the presence of saving grace in a people group—that is, a faithful, evangelizing church—does tend to promote the sort of common grace blessings we enjoy in the West, which are falsely attributed to the ingenious of the Renaissance. In Jesus’ kingdom, blessings generally tend to follow obedience.

The sum of the matter is this: of the making of recycled paper goods there is no end, but when it comes to the rhetoric of the kingdom of God, our talk comes at a price. We cannot parrot the current political zeitgeist, slap on the “kingdom” label, and call it a day. We must be willing to pay the price of our old worldviews to use kingdom talk. If we’re playing for team Jesus, we have to use his playbook.

After all, the kingdom of God does not consist in talk, but in power (1 Corinthians 4:20).