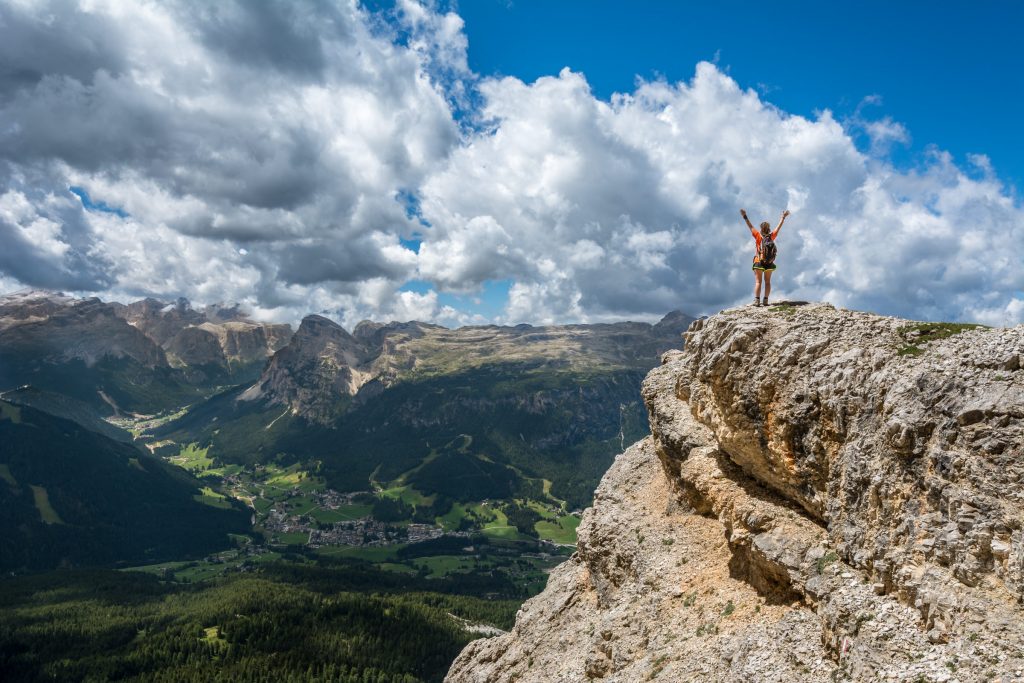 “But thanks be to God, who always leads us in triumph in Christ, and manifests through us the sweet aroma of the knowledge of Him in every place” (2 Corinthians 2:14).

The image sticking in the Corinthian’s mind over Paul’s use of this language would be similar to someone in the Deep South mentioning Neyland, Bryant-Denny, Death Valley, Vaught-Hemmingway, or the Swamp. We know those stadium names and the legendary conflicts that take place on their turf. We don’t require a lot of details to fill the imagination. The background of news, sights and sounds, complete the thought for us.

In a similar way, when Paul used the term thriambeuo, translated as, “leads in triumph,” they knew the stories. Well over 300 times from the start of the Roman Empire until when Paul wrote Second Corinthians, Rome had officially sanctioned the triumphant march of a conquering general through its streets to the cheering and admiration of the masses who lined them.

The conquering general would rise in his chariot, robed in purple with medallions of gold and a crown on his head (often, the general would be the emperor). Conquered people now owned as slaves, chained to the chariot, and followed the conqueror, giving mocking evidence that they were defeated and now belonged to the conqueror to do as he desired. Cinnamon, myrrh, and other fragrant plants were crushed beneath the feet of horses and men, as well as scattered to fill the air with their pungent odors by the conquered slaves. The aroma spelled life for the conquerors and death for the defeated. Some slaves would be offered as a sacrifice to the gods; others sold in the slave market as the booty of war, as the crowds worshiped their gods for the victory.

“For we are a fragrance of Christ to God among those who are being saved and among those who are perishing; to the one an aroma from death to death, to the other an aroma from life to life.” (2 Corinthians 2:15–16) Paul’s use of this image is both shocking and picturesque. His language indicates this to be the ongoing pattern of the apostle’s life. God “always leads us in triumph in Christ,” and He always “manifests through us the sweet aroma of the knowledge of Him in every place.” It’s a mental picture that enabled Paul to continue on in the most difficult times. It allowed him a perspective that others do not have when they live by a tally sheet or press reports or accolades.

Here the translation is critical. Because this image is so shocking the KJV translators softened it but missed the mark: “Now thanks be unto God, which always causeth us to triumph in Christ, and maketh manifest the savour of his knowledge by us in every place.” In that translation, we become the victors. But the language won’t allow it. It is not God causing us to triumph but rather it is Jesus leading His conquered triumphantly. The REB translates it, “who continually leads us as captives in Christ’s triumphal procession.” Paul intended the shocking image.

We were slaves of sin, rebels against God, enemies of God, living under the dominion of Satan’s power but Christ conquered us in the gospel. Through Christ’s death and resurrection the enmity was removed, enslavement to sin broken, and Satan’s hold shattered. Conquered by Christ, we became His slaves (Romans 6:16–17). Yet we became not unwilling slaves or despondent slaves wishing for someone to liberate us from Him. That’s why Paul began with “But thanks be to God.” Here is reason to praise God that we who were slaves to sin are now slaves to God! We who were slaves of Satan are now slaves to the Prince of Peace!

And so the picture continues. Our conquering King rides triumphantly with us gladly chained to His chariot, rejoicing that we’re now a conquered people belonging to Him, willing to lay down our lives to the death for Him. The apostle does not try to change the picture that the Christ who conquered has sovereign control over our lives and destinies. He does with us as He pleases to display the glory of His name. That may be the picture of success that the world so much admires. Or more likely, it may be suffering, affliction and death that some tend to think has the aura of God’s curse about it.

Paul’s statement cuts right across the feeble theology of the health and wealth preachers and followers. It strikes at the heart of the American success syndrome by which so much of church life and cultural Christianity has been shaped. Christ leads His conquered according to His prerogative. We do not assess them by the glitter of their lives but by the sweet savor of the gospel that He manifests through His followers.

The image takes a strong shift. Rather than the aroma of the pungent herbs and spices sending out the sweet scent of triumph, the apostle declares, “and manifests through us the sweet aroma of the knowledge of Him in every place. For we are a fragrance of Christ to God among those who are being saved and among those who are perishing.” Through us . . . for we are a fragrance of Christ to God among the saved and the perishing: the ancient conquered slaves were not the fragrance but they smelled the fragrances as they walked among them, with the aroma testifying to their defeat and death. But now it is we who have been delivered from sin and Satan’s grip by the death and resurrection of Christ that is the crushing of the cinnamon, myrrh, and fragrant plants that testifies, even when walking through suffering and death, that Christ is the triumphant King.

Now, why that image? Paul takes the Corinthians back to the suffering, affliction, failed plans, and changed circumstances—all of the elements of what appeared to be failure and reason to question his apostolic authority in chapters 1–2—to remind them that even if Christ’s leading of His people is through affliction, failure, or the valley of death, His gospel still triumphs. The gospel doesn’t rise or fall by our dependability or success. The gospel has already triumphed and continues to do so day after day, so that even in suffering and affliction, as Christ leads His people down that path, the sweet aroma of the gospel’s power and effects will scent the air with the pungency of life and death: life for those believing, death for those who don’t. The gospel triumphs.