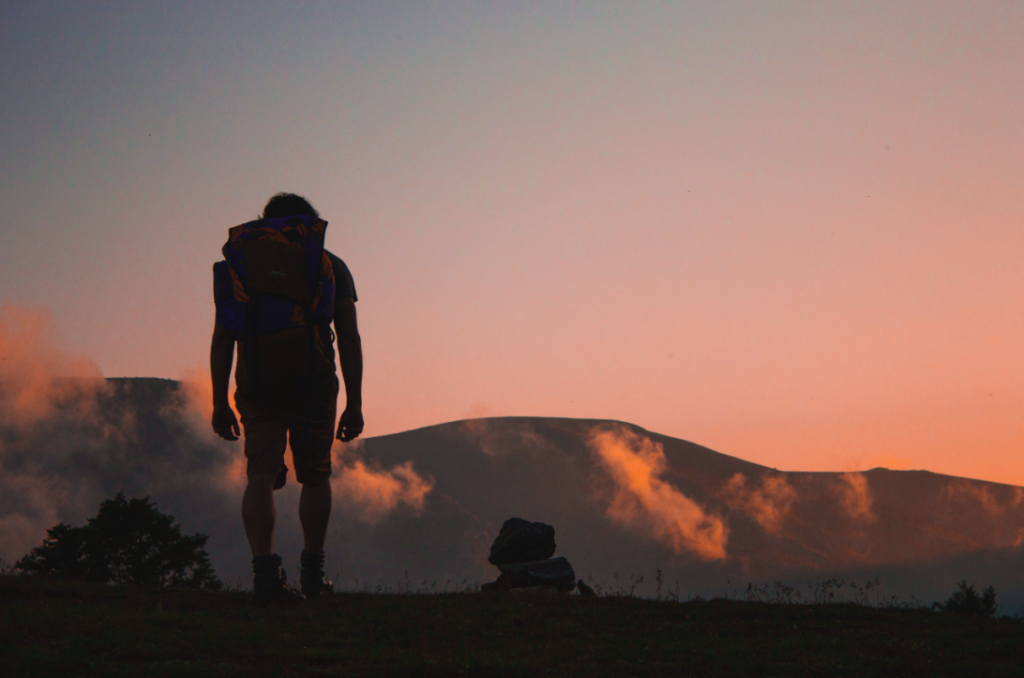 Galatians 4:22-26 says, “For it is written that Abraham had two sons, one by a slave woman and one by a free woman. But the son of the slave was born according to the flesh, while the son of the free woman was born through promise. Now this may be interpreted allegorically: these women are two covenants. One is from Mount Sinai, bearing children for slavery; she is Hagar. Now Hagar is Mount Sinai in Arabia; she corresponds to the present Jerusalem, for she is in slavery with her children. But the Jerusalem above is free, and she is our mother.”

Hebrews 12:18-24 says, “For you have not come to what may be touched, a blazing fire and darkness and gloom and a tempest and the sound of a trumpet and a voice whose words made the hearers beg that no further messages be spoken to them. For they could not endure the order that was given, “If even a beast touches the mountain, it shall be stoned.” Indeed, so terrifying was the sight that Moses said, “I tremble with fear.” But you have come to Mount Zion and to the city of the living God, the heavenly Jerusalem, and to innumerable angels in festal gathering, and to the assembly of the firstborn who are enrolled in heaven, and to God, the judge of all, and to the spirits of the righteous made perfect, and to Jesus, the mediator of a new covenant, and to the sprinkled blood that speaks a better word than the blood of Abel.”

These verses contrast two mountains: Mount Sinai and Mount Zion. The mountains are types of the law and the gospel. Sinai and Zion were both mountains of the Mosaic covenant. Sinai represents the law that condemns. Zion represents the gospel in the temple, the priesthood, and the sacrifices.

The law/gospel contrast is also fundamental to the book of Romans. In Romans chapters 1-3, Paul says that all have sinned, Jews and Gentiles, and that no one can be justified on the basis of the law. Romans 3:19 summarizes Paul’s thoughts: “Now we know that whatever the law says, it speaks to those who are under the law, so that every mouth may be stopped and the whole world may be held accountable to God. For by the works of the law no human being will be justified in his sight, since through the law comes the knowledge of sin.” So, it’s impossible to be justified on the basis of the law.

Consider an important implication of denying this doctrine. If we don’t keep a clear distinction between the law and the gospel, and if we mix them together, we’ll inevitably lose both the law and the gospel. When we mix law and gospel, the gospel becomes, “Jesus died for you, but you need to add your own imperfect good works to be justified.” The law becomes, “You don’t have to be perfect. You just have to do your best and try hard to keep the law for justification.”  That’s not the Christian faith.  It robs Christ of His glory in justification and it destroys the foundation of our obedience.

The greatest theologians of Christian history clearly affirmed the contrast between the law and the gospel.

In his work On the Grace of Christ, Augustine of Hippo said, “Thus the law and grace are so different that the law is not only useless but actually an obstacle in many ways unless grace assists. . . . [The law] commands more than liberates; it diagnoses illness but does not cure. Indeed, far from healing the infirmity, the law actually makes it worse in order to move a person to seek the medicine of grace.”

In his commentary on Galatians, Martin Luther said, “The person who can rightly divide Law and Gospel has reason to thank God. He is a true theologian.”

In the Institutes of Christian Religion, commenting on Romans 10:9, Calvin wrote, “Do you see how he makes this the distinction between law and gospel: that the former attributes righteousness to works, the latter bestows free righteousness apart from the help of works? This is an important passage, and one that can extricate us from many difficulties if we understand that that righteousness which is given us through the gospel has been freed of all conditions of the law.”

In his work, The Christian Faith, Theodore Beza wrote, “We divide this Word into two principal parts or kinds: the one is called the ‘Law,’ the other the ‘Gospel.’ For all the rest can be gathered under the one or other of these two headings. . . .Ignorance of this distinction between Law and Gospel is one of the principal sources of the abuses which corrupted and still corrupt Christianity.”

In 2001, during my first year at SBTS, Dr. Nettles, who would become my PhD supervisor, gave a lecture in which he discussed some of the ways in which the churches of the SBC still needed to grow. He asked, “Now that we’ve recovered the doctrine of biblical inerrancy, where do we go from here?” Nettles prescribed three things:

I believe we need to recover these three things in 2014 as much as as we needed them in 2001. May the Lord grant them for the health of His churches and the glory of His name.

Lectures on the Law and the Gospel by Stephen H. Tyng

A Treatise on the Law and the Gospel by John Colquhoun