The Regulative Principle – A Baptist Doctrine 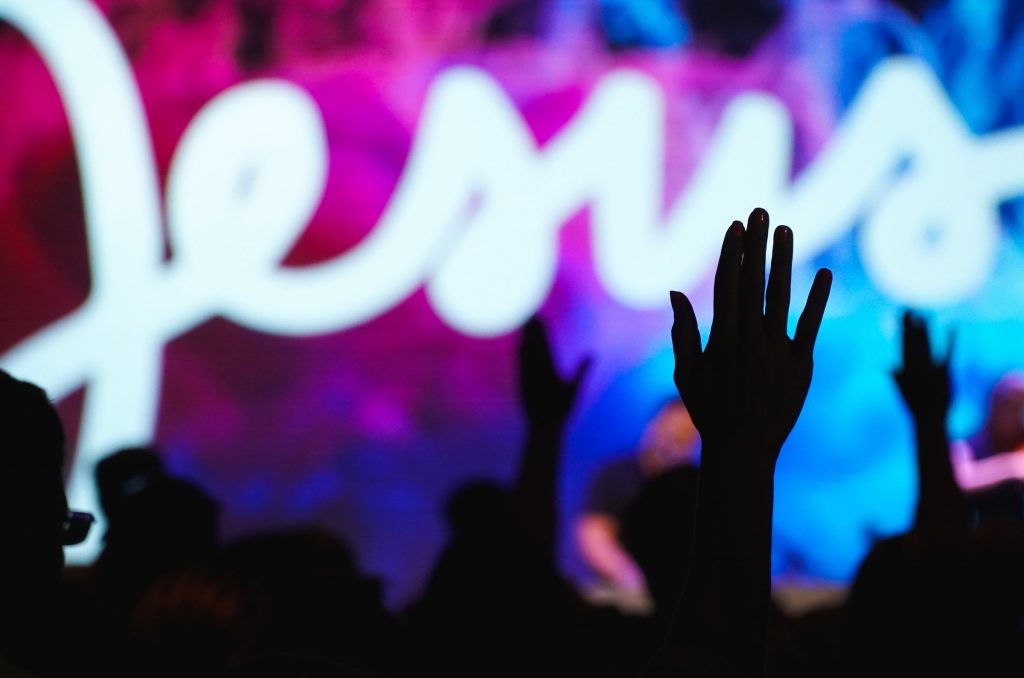 God is being worshiped in new and inventive ways in Baptist churches these days. Years ago, one massive Baptist church installed a baptismal pool in the shape of a fire truck complete with red paint and lights, though it has since been removed. The baptistery was specifically designed for baptizing children who made a profession of faith. When a young one emerged from underwater during baptism, streamers and confetti streamed skyward from the small pool and the truck’s lights flashed with two-alarm luminosity. The pastor said this unsubtle device was installed to make baptism more palatable and “interesting” to children.

These days, it seems, many Baptist churches are suffering from the same peculiarly Americanized form of worship common to contemporary churches. The above true story is exhibit A of what Michael Horton describes as a “greasy familiarity” in which modern-day Christians approach God.

This “greasy familiarity,” Horton writes, is based on “the belief that we have direct and immediate access to him (God) whenever and however we want. Whenever sincere people gather in a building to worship according to their personal tastes and opinions, God is impressed that they took the time, that they cared enough to worship. It was ‘real.’ They were ‘vulnerable.’ They got ‘honest before God.’ I call this ‘greasy familiarity.’”

But it has not always been this way in Baptist churches. From the time of their emergence from English separatism in the 16th and 17th centuries, Baptists worshiped God corporately with Scripture as their sole guide, but in the past 100 or so years have strayed profoundly from this course. Baptist forebears such as John Gill, John Broadus, J.L. Dagg, and the venerable C.H. Spurgeon certainly would have been scandalized by the “greasy familiarity,” the frivolity, the “come-as-you-are” ethos which characterizes much of the corporate worship in Baptist life today. Baptists once worshiped by the regulative principle and a scant few still do. Many do not believe Scripture sets forth such parameters for worship as is argued by the regulative principle.

Baptists and the Regulative Principle

Historically, Baptists have held to the regulative principle. While pragmatic worship methods are the norm today in Baptist churches, the fact that the regulative principle was once a dearly-held doctrine is clear from both the writings of historical Baptists and the denomination’s early confessions of faith in the seventeenth and eighteenth centuries.

John Gill was a strong, albeit inconsistent advocate of the regulative principle. Gill was the most famous eighteenth-century Baptist and pastor of the “Goat Yard” Southwark, London church which Charles Haddon Spurgeon would later pastor. Gill was a staunch defender of Calvinistic orthodoxy and it was largely his preaching and writing that kept the eighteenth-century Particular Baptists from following their General Baptist brethren down the road of heresy to Socianism and Unitarianism. The great Anglican hymn writer Augustus Toplady said of Gill: “Perhaps no man, since the days of St. Austin, has written so largely, in the system of Grace; and certainly, no man has treated that momentous subject, in all its branches more closely, judiciously, and successfully.”

Gill propounded his view of the regulative principle most clearly in a pamphlet entitled “The Dissenter’s Reasons for Separating from the Church of England.” Gill penned it in 1751 in response to a Welch Anglican who sought to have all dissenting children in Wales catechized according to the Thirty-Nine Articles of the Church of England. It was an attempt to expunge them of Baptist beliefs.

Gill hammered the established church on several points he viewed as unscriptural including its improper administration of the Lord’s Supper and baptism, its ‘sign of the cross’ in baptism, its practice of infant baptism, its unbiblical system of church polity, and its wearing of vestments. Gill wrote of these things, “they are nowhere enjoined in the word of God.”

He also pointed to the Anglican use of ceremonies—bowing to the east, bowing to the altar, and bowing at the mention of Jesus’ name—as being “pagan, Jewish, or Catholic” inventions without warrant from Scripture. While Gill demanded that Christian worship be ordered by the clear warrant of Scripture, he was hardly alone among Baptists.

Benjamin Keach, another seventeenth century Baptist, had much to say on public worship. As proof that he was a proponent of the regulative principle, the English separatist signed the Baptist Confession of 1689 which included a clear article, as we will soon see, on the scriptural governance of worship. Born in Stokeham, England, in 1640, Keach found peace in Christ at age 15 and was baptized by immersion, being, by all accounts, thoroughly convinced of the truthfulness of believer’s baptism.

Keach fought valiantly against the state church, spent much time in prison for preaching, and lived under the constant threat of death at the hands of those who, on behalf of the Church of England, sought to surpress religious dissenters. Keach was the first to introduce uninspired hymns into corporate worship, adding them at the conclusion of the Lord’s Supper at his Southwark church sometime between 1673 and 1675.

The new practice caused no small stir among Particular Baptists with respected ministers inveighing for both sides. In 1691, he published “The Breach Repaired in God’s Worship; or Singing of Psalms, Hymns, and Spiritual Songs, proved to be an Holy Ordinance of Jesus Christ.” Holding to the regulative principle, Keach marshaled scriptural support for the practice of hymn-singing, building his case upon such texts as Eph. 5:19, Col. 3:16, and James 5:13. He argued that hymn singing was in step with the regulative principle and was permissible so long as those sung were “absolutely congruous to God’s Word.”

John Leadley Dagg was the first writing theologian among Southern Baptists. He penned two companion works in the 1850s, “Manual of Church Order,” and “Manual of Theology.” As did most all Southern Baptists of the denomination’s early days, Dagg stood with his feet firmly planted in doctrine that was decidedly Reformed. For Dagg, this appears to have included his subscription to the regulative principle. In the preface to the 1990 reprint of Dagg’s “Manual of Church Order,” Tom Nettles describes Dagg as one who was a warmly experiential Calvinist. “He was not simply a scholastic theologian,” Nettles wrote.

That Dagg held to the regulative principle played logically into the practical and experiential nature of his understanding of the doctrines of grace. Dagg did not use the term “regulative principle” in his writing, but appears to have been a strong proponent of it. In his “Manual of Church Order,” Dagg writes that, “public worship should include prayers, songs of praise, and the reading and expounding of God’s word.” These were the traditional elements of worship held forth by the regulative principle.

In his chapter on the “Duty of Baptists,” he wrote, “it is our duty to maintain the ordinances of Christ, and the church order which he has instituted, in strict and scrupulous conformity to Holy Scriptures. When the finger of God points out the way, no place is left to us for human preferences.” Dagg further contended that “one of the earliest corruptions of Christianity” was the tendency to “substitute ceremonies of human invention for the ordinances of God.” He felt a restoring of these ordinances to their original purity (believer’s baptism) was “a service to which God has specially called the Baptists.” These are but a few examples of individuals within the Baptist heritage who have been firm proponents of the regulative principle. It rings with particularly clear notes in historic Baptist confessions of faith.

Historic Baptist confessions of faith have explicitly affirmed the regulative principle. In fact, Basil Manly, Jr., incorporated it—although in somewhat abbreviated form—in the Abstract of Principles, which is the governing confession of The Southern Baptist Theological Seminary. Article XIV, with the heading “The Church” states:

The Lord Jesus is the Head of the Church, which is composed of all his true disciples, and in Him is invested supremely all power for government. According to his commandment, Christians are to associate themselves into particular societies or churches; and to each of these churches he hath given needful authority for administering that order, discipline and worship which he hath appointed… (italics added)

Article 7 of The 1644 London Confession, a precursor of that confession, also established the way in which the church determines how God should be worshiped:

The Rule of this Knowledge, Faith, and Obedience, concerning the worship and service of God, and all other Christian duties, is not man’s inventions, opinions, devices, laws, constitutions, or traditions, unwritten whatsoever but only the word of God contained in the Canonical Scriptures.

The Baptist Confession of 1688, also known as “The Philadelphia Confession,” first appeared in London in 1677, then in 1688, and again in 1869. It was the most generally accepted confession of the Regular or Calvinistic Baptists in England and in the Southern states of America. Article 7 states:

To each of these churches gathered, according to his mind declared in his Word, he hath given all that power and authority which is in any way needful for their carrying on that order in worship and discipline which he hath instituted for them to observe with commands and rules for the due and right exerting and executing of that power.

Similarly, Chapter XXII of The Second London Confession of Faith, “Of Religious Worship, and the Sabbath Day,” in Article I states:

The Light of Nature shews that there is a God who hath Lordship, and Soveraigntye (Sovereignty) over all; is just, good, and doth good unto all; and is therefore, to be feared, loved, praised, called upon, trusted in, and served with all the Heart, and all the Soul, and with all the Might. But the acceptable way of Worshipping the true God, is instituted by himself; and so limited by his own revealed will, that he may not be worshipped according to the imaginations, and devices of Men, or the suggestions of Satan, under any visible representations, or any other way, not prescribed in the Holy Scriptures.

In fashion similar to the Westminster Confession, Chapter XXII, Article 5 of The Second London Confession establishes the components of Christian worship as Baptists understood them to arise from Scripture with believer’s baptism being assumed:

The reading of the Scriptures, Preaching, and hearing the word of God, teaching and admonishing one another in Psalms, Hymns and Spiritual songs, singing with grace in our Hearts to the Lord; as also the Administration of baptism, and the Lords Supper are all parts of the Religious worship of God, to be performed in obedience to him, with understanding, faith, reverence, and Godly fear; moreover solemn humiliation, with fastings; and thanksgiving upon special occasions, ought to be used in an holy and religious manner.