The Rule and Authority of Scripture 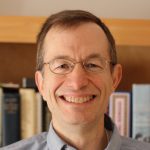 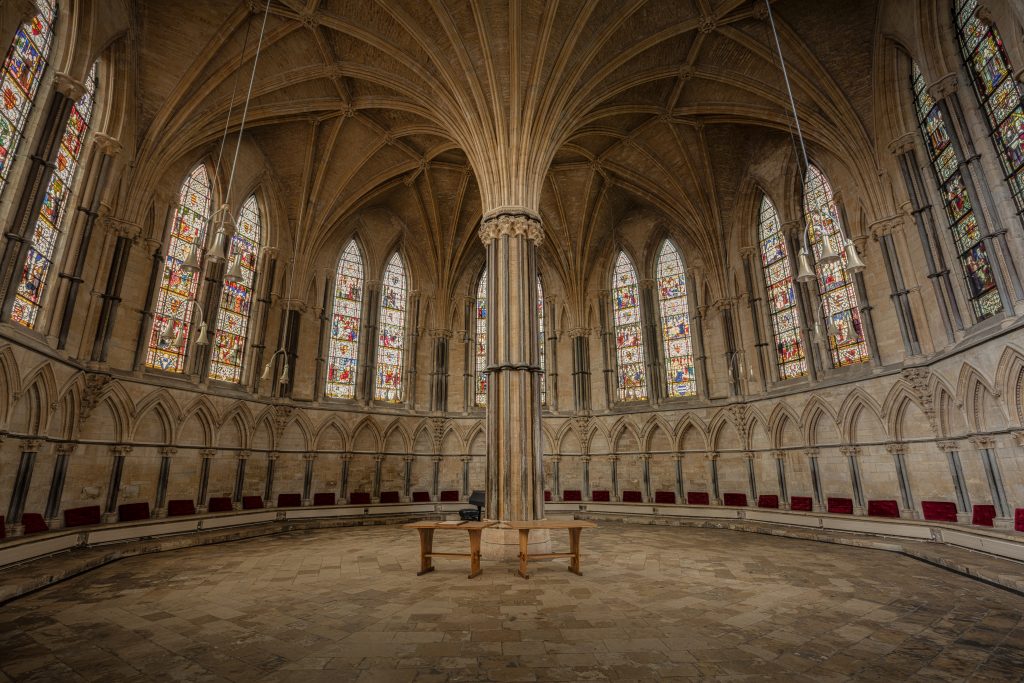 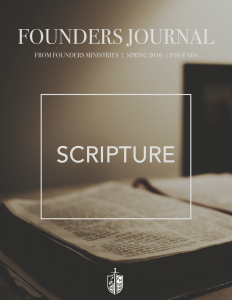 A True and Sufficient Rule

Having shown the necessity of the Scriptures, the Confession now defines Scriptures or “the word of God as written” by listing the books of Scripture and by giving their essential quality – their inspiration by God. The Confession, therefore, designates the Scriptures as holy (2 Timothy 3:15) since the Scriptures are uniquely set apart as the very words of God.

Protestants and Catholics dispute which books are Scripture. Although both accept the New Testament and the thirty-nine books of the Old Testament, they disagree concerning the Apocrypha, with the Catholics accepting those books but Protestants (Confession 1.3) rejecting them.

According to the Confession, the rule or canon for determining which books are Scripture is their inspiration from God. For the Old Testament Moses or a prophet had to write the book, hence, the New Testament refers to the Old Testament as Moses and the Prophets. Daniel, therefore, recognizes Jeremiah’s writings as inspired since he was a prophet (Daniel 9:2). Moreover, this explains why prophets wrote history of the Old Testament, as 1 Chronicles 29:29; 2 Chronicles 9:29; 12:15; 13:22; 20:34; 32:32 indicate and why the Jews refer to Joshua through Kings as “the former prophets.” For the New Testament this means that an Apostle or an intimate of an Apostle wrote the book. Peter, therefore, regards Paul’s writings as Scripture (2 Peter 3:16). Similarly, Paul regards Luke’s Gospel as Scripture (1 Timothy 5:18). In short, the church is built upon the foundation of the Apostles and Prophets (Ephesians 2:20).

Of course, the authority of the Old and New Testaments as Scripture does not depend upon Jewish or Christian councils or decrees, but upon God alone, as the Confession (1.4) later teaches. The Old and New Testaments, therefore, evince their divine authority as Scripture by the majesty and unity of their teachings and by their power to converts sinner and to build up believers to salvation (Westminster Larger Catechism, Question 4). But the ultimate assurance that the Old and New Testaments are holy Scripture must come from the witness of the Holy Spirit, as the Larger Catechism Question 4 states, “But the Spirit of God, bearing witness by the with the Scriptures in the heart of man, is alone able fully to persuade it (the heart of man) that they are the very word of God” (John 16:13; 20:31; 1 Corinthians 2:10-16; 1 John 2:20, 27). God’s people hear the voice of the Shepherd in the Scriptures (John 10:27).

And these books of the Old and New Testament are the holy Scriptures because of their essential quality as inspired of God, hence, the Confession states, “All (that is the Old and New Testaments) which are given by inspiration of God.” In 2 Timothy 3:16, the word for inspiration means to “breath out,” as if the Scriptures are breathed out of the mouth of God. The Scriptures are, therefore, the very words of God (Romans 3:2). They do not come from the human mind or will, but from the Spirit’s mind and will. The Spirit, therefore, moves upon men so that they spoke from God (2 Peter 1:20-21). Though the Scripture writers chose their own vocabulary, syntax, and style, the Spirit of God superintended the process to produce in word and thought the pure word of God, without human addition or admixture (1 Thessalonians 2:13). The Holy Spirit, therefore, spoke through the human author (Luke 1:70). The Scriptures sometimes refers to the human agent, such as the Holy Spirit spoke through David (Acts 4:25-26; Hebrews 4:7), or at other times the human agent is left out, such as the Holy Spirit spoke (Hebrews 3:7-11). Moreover, the human author may begin the speech, and without change of person (And now God said), God finishes the speech. For example in Deuteronomy 7:1-4, Moses speaks in the first three verses, “When the Lord your God shall bring you into the land … for your sons,” but in verse four God speaks without a change of person, “For they will turn your sons away from following me to serve other gods” (See Jeremiah 12:4-5). For in the end, if the prophet speaks, God speaks, and if God speaks, the prophet speaks. And when the Scriptures speak, God speaks (Romans 9:17; 1 Timothy 5:18).

The writers of Scripture were cognizant of this inspiration of the Spirit. David, for instance, says, “The Spirit of the Lord spoke by me, and his word was on my tongue” (2 Samuel 23:2). God put his word in the mouth of his prophet (Jeremiah 1:9; Ezekiel 3:1-4) so that the prophet became the mouth of God, “Who proceed down to Egypt without consulting my mouth” (that is, my prophet, Isaiah 30:2; 1 Kings 8:24). The writers of the Old Testament, therefore, often begin or end their message by phrases such as, “Thus says the Lord” (Jeremiah 9:17), “The mouth of the Lord has spoken (Isaiah 40:5), “I am the Lord” (Leviticus 19:32), or similar phrases (Genesis 22:16; Leviticus 18:30). The New Testament writers also claim the same inspiration by the Holy Spirit. Christ promised the apostles the gift of inspiration (John 14:26; 15:26-27; 16:13). Paul’s gospel, for example, was not from man, but from a revelation of Jesus Christ (Galatians 1:11-12). Paul, therefore, taught with full authority that rejecting his word was rejecting God’s word (1 Thessalonians 4:8). Rejecting the word of a prophet in the Old Testament was rejecting the word of God (Ezekiel 3:7), so Paul in 1 Thessalonians 4:8 speaks as a prophet. Because of his apostolic and prophetic authority, Paul commanded his books to be circulated among the churches (I Thessalonians 5:27; Colossians 4:16). The New Testament authors, therefore, understood that the same God that inspired the Old Testament inspired them as well in writing the New Testament (Hebrews 1:1).

“Kept Pure in All Ages”

Although most agree that the Scriptures teach their own inspiration, many believe that the inspiration of the Scriptures is a moot point since we do not possess the original manuscripts, that were “immediately inspired by God” according to the Confession (1.8). Because of variant readings in the manuscript tradition and ancient versions, the Catholic Church declared the Greek and Hebrew manuscripts corrupt and exalted the Latin Vulgate through the Magisterium of the Catholic Church as true word of God. Critical scholars also regarded the Greek and Hebrew manuscripts as corrupt based on variant readings (or lower criticism) and critical understanding of the biblical texts (or higher criticism). Though some corruptions may be corrected by a Magisterium of critical scholars, the text can never be restored to a so-called original form but only to a much later form since the original form went through centuries of rewriting, reshaping, editing, and corruption. The putative originals are hopelessly loss, and the inspiration of Scripture is a theoretical doctrine at best.

The Confession challenges these claims by stating, “The Old Testament in Hebrew … and the New Testament in Greek … being immediately inspired by God, and by His singular care and providence kept pure in all ages, are therefore authentic …” (1.8). Jesus and the writers of the New Testament clearly believed that the Old Testament was “kept pure in their age.” They never hint at a corrupted or uncertain text. Jesus taught that not even “a jot or tittle could fail,” “that Scripture could not be broken,” “that Scripture had to be fulfilled” (Matthew 5:18; John 10:35; Matthew 26:54). Moreover, in Luke 16:29, Jesus describes the authenticity of Old Testament of His day, “But Abraham said, They have Moses and the Prophets; let them hear them.” Similarly, in John 5:46-47, Jesus states, “For he (Moses) wrote of me. But if you do not believe his writings, how will you believe My words.” To Jesus, the words He was speaking to the Jews were as authentic as Moses words that he wrote. Jesus speaks as if the Old Testament of Jesus’s day were the original autographs. Paul’s statement of the “oracles of God” (Romans 3:2) assumes a text that was “kept pure in all ages.” Finally, Peter describes the Old Testament of his day as “a more sure word of prophecy” than hearing God’s voice directly from heaven (2 Peter 1:19). They were not talking about Scripture theoretically or about the original autographs, but they were talking about the Scriptures of their day. To them, the original autographs and the Scriptures of their day were the same thing. Of course, the same could be said of the New Testament as well. The New Testament manuscript tradition, while at times showing minor differences, indicates an inspired work “kept pure in all ages.” The word of God abides forever (Isaiah 40:8).

Old and New Testament authors always appeal to Scripture as the final authority in all controversies. Although many sought other authorities in Isaiah’s time, Isaiah taught that the people should consult their God by looking to the Scriptures – “To the law and the testimony! If they do not speak according to this word, they have no dawn” (Isaiah 8:19-20). The Bereans tested all teachings – even apostolic teachings – by daily searching the Scriptures for what they should believe and for how they should live their lives (Acts 17:11). Jesus declares that Moses and the Prophets were more authoritative than someone returning from the dead to reveal the torments of hell-fire. The Scriptures are profitable “for teaching, reproving, correcting and training in righteousness.” They are perfect, sure, true, a great reward (Psalms 19:7-11), and able to make one wise unto salvation (2 Timothy 3:15). Moses warned Israel not to add to or subtract from Scripture (Deuteronomy 4:2), as does the Apostle John (Revelation 22:18-19). By addition, tradition becomes equal, and then usually superior, to Scripture. By subtraction, tradition nullifies the teachings of Scripture. Jesus refers to this telling the Pharisees that they make the word of God of no effect through tradition (Mark 7:13). Jesus and the disciples often struggled against the tradition of their day (Matthew 15:3, 6). Furthermore, Paul warns believers concerning the traditions of men (Colossians 2:8), as Peter warns gentile believers concerning the traditions of their fathers (1 Peter 1:18). The Scriptures, not church tradition, are the foundation on which the true church was built (Ephesians 2:20). 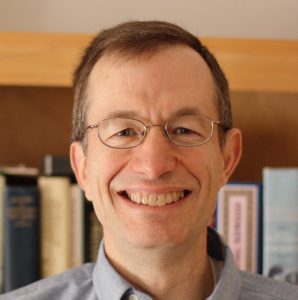