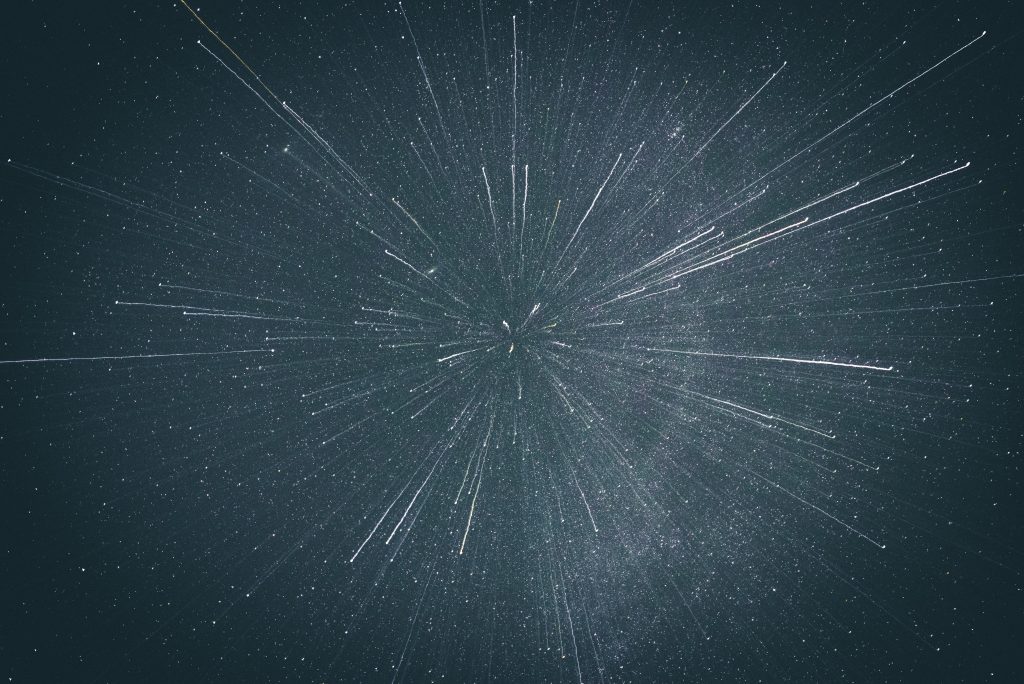 Several years ago Larry King, the well-known talk show host, was asked who he would like to interview if he had his pick from all of history. His answer was Jesus Christ. The questioner paused and said, “What is the one question you would like to ask Him?” Larry King answered, “I would ask Him if He indeed was virgin born, because the answer to that would define history for me.”

In one sense, Larry King was right. Because the birth of Jesus Christ is the key which unlocks human history. If Jesus is who the Bible says that He is, then His life and work does indeed define history.

Each December people throughout the world will begin to focus on Christmas. Images of Mary and Joseph with a little baby will appear on greeting cards, television ads and in newspapers. In the West, at least, thoughts will turn to that scene in Bethlehem’s stable more that at any other time in the year.

Very few people, however, will stop to consider just who it is who was born there 2000 years ago. Not many will seriously entertain Larry King’s question: “Was Jesus born of a virgin?”

Matthew and Luke give us a record of the birth of Jesus. Both describe the natural circumstances, supernatural cause, and the eternal significance of what took place. When Mary turned up pregnant before their wedding day, Joseph her promised husband, must have been crushed. Matthew says that, rather than being vindictive, he did not want “to make her a public example” but thought to “put her away secretly” (Matthew 1:19).

The birth of Jesus Christ is the key which unlocks human history.

Only after an angel appeared to him and assured him that the child within her had been miraculously conceived by the Holy Spirit did he change his mind. On that same occasion the angel also told Joseph that the child would be a boy and that his name would be “Jesus, for He will save His people from their sins” (Matthew 1:21). Matthew explains all of this by adding, “So all this was done that it might be fulfilled which was spoken by the Lord through the prophet, saying: ‘Behold, the virgin shall be with child, and bear a Son, and they shall call His name Immanuel,’ which is translated, ‘God with us’” (1:23).

Jesus means “Savior” and he was given this name to signify his mission of saving his people from sin. Some people live as if they no longer believe in the reality of sin that separates all of us from God. Yet intuitively everyone knows that things are not the way that they are supposed to be. Consequently, people look for relief—for salvation—from all kinds of sources, including pleasure, relationships, wealth, and knowledge. But as the great philosopher and church father, Augustine, prayed, “O, Lord, our hearts are restless until they rest in Thee.”

The great American theologian of the twentieth century, J. Gresham Machen said, “From the beginning Christianity was the religion of the broken heart; it is based on the conviction that there is an awful gulf between man and God which none but God can bridge.” God has done exactly that through the coming of Jesus Christ.

In Christ, God has come to be “with us.” One of the most staggering truths that the Bible reveals to us is that the baby who was born to Mary is God in flesh. Because God is for us, He came to be with us. All that Jesus accomplished while he was on earth was in fulfillment of his mission to bring about salvation for his people.

This explains his life of humble obedience to the law of God. That is what the law requires of us. It also explains his death on the cross. “The wages of sin is death” (Romans 6:23) and all of us deserve to be paid in that currency. Yet, Jesus, acting as our representative and substitute, lived and died to “save his people from their sin.” On the cross he endured the penalty pronounced against sin and secured a just pardon for everyone who trusts in Him.

This is the good news of Christmas. The virgin-born baby is the Savior of the world. This is great news for everyone who knows that he is a sinner and in need of a Savior. Jesus came into the world to rescue fallen men and women and He has successfully done so by His life, death, and resurrection.

All that Jesus accomplished comes to benefit people when they turn away from their lives of self-sufficiency and trust him as Lord and Savior.

This great news is summarized in one of the best-known statements in the Bible. “For God so loved the world that he gave his only begotten Son that whoever believes in him should not perish but have everlasting life” (John 3:16).

The birth of Jesus Christ is a display of God’s great love for us. All that Jesus accomplished comes to benefit people when they turn away from their lives of self-sufficiency and trust him as Lord and Savior.

Faith is the key that links all that Jesus did two thousand years to people today. The Apostle Paul writes, “If you confess with your mouth the Lord Jesus and believe in your heart that God has raised Him from the dead, you will be saved” (Romans 10:9).

Trust in the Savior who was born. God sent him into the world to rescue people like you and me.