The War Against Victimhood Starts in Our Own Hearts 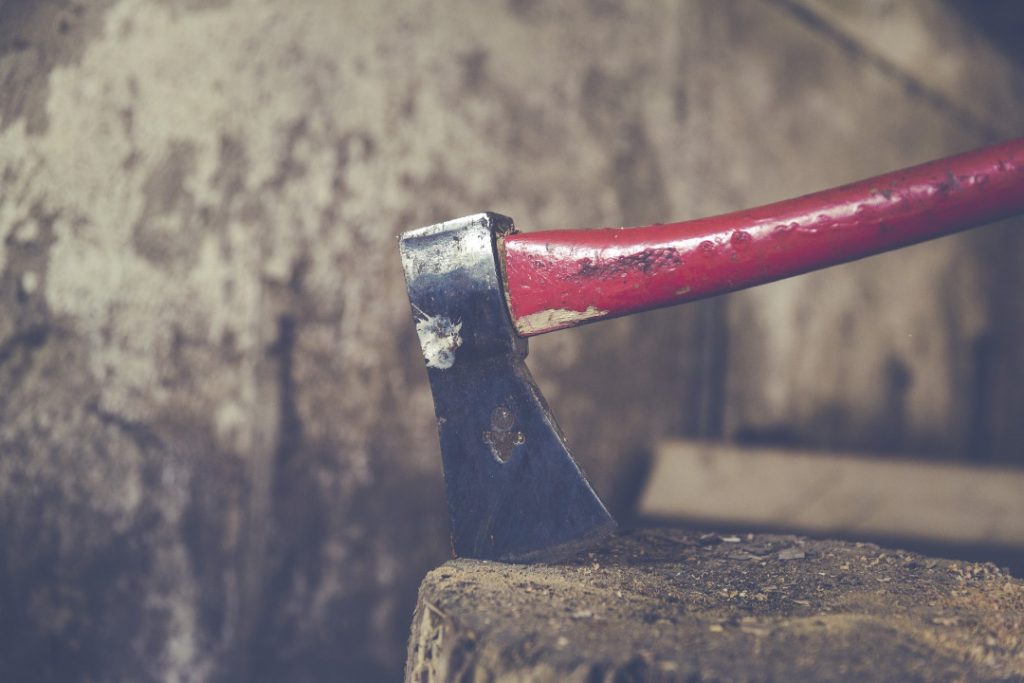 Postmodernity has seen the replacement of truth and hierarchy with lived experience and group identity. And, as any ethical or religious system necessarily demands the recognition of justified and unjustified classes, the West has embraced victimhood as its standard of righteousness.

One’s victim status is not only the top new currency; it’s also the robe that imputes an impeccable righteousness to its wearer. We are promised: Don this seamless garment, and you’ll be ordained into the cultural priesthood. Arrayed in this technicolor dreamcoat, you’re sure to see your father, mother, brothers, and even the sun, moon, and stars all bow down to you.

Perhaps in the past this claim would resemble the ramblings of a conspiracy wingnut, but in 2019, anyone who gives the news even a cursory reading is well-aware of the phenomenon. Our modern notion of the inherent nobility of victimhood, born out of critical theory, has been thoroughly documented by writers and researchers like Neil Shenvi.

This worldview pollution began at the headwaters of university and college campuses—where we still see the highest concentrations of the toxin—and spread downstream to film, art, industry, lower schools, churches, and even families.

Even in my own home and heart, I’ve seen the cancer of victimhood metastasize where least expected.

As adoptive parents, my wife and I have personally dealt with human brokenness on a level distinct from that experienced in the course of our modest, middle-class upbringing, and that experience has been (and continues to be) sanctifying. As we’ve wrestled through post-traumatic stress, reactive-attachment issues, sensory-processing disorders, and the mental and emotional stress placed on us and our marriage, we are often tempted to seek comfort through a familiar ritual that goes something like:

These steps represent a common self-aggrandizing pattern to which millennials and other digital natives are particularly vulnerable, since our social lives often revolve around online content and loose social networks built on mutual affinities. To be sure, we in the church can and must benefit from better understanding the experiences of subgroups that are at times genuinely overlooked. But I know I am personally guilty of having followed virtually all seven steps, in order, more than once (including step 1B).

We love our shame.

As theologically conservative Bible-believers who see clearly the negative effects of identity politics and intersectionality across the current cultural landscape, we are prone to seek sympathy selfishly, lured by the siren call of victim-righteousness: I am justified/righteous/worthy because I have experienced (insert form of suffering). Rather than laying our hurts and cares before our sovereign God, we succumb to the temptation of victimhood and drink deeply from the stagnant well of self-pity, only to find its aftertaste to be wormwood.

But experience proves to us time and again that sympathy-seeking is a false savior. Murmuring is antichrist. What to do?

“Therefore, since we are surrounded by so great a cloud of witnesses, let us also lay aside every weight, and sin which clings so closely, and let us run with endurance the race that is set before us, looking to Jesus, the founder and perfecter of our faith, who for the joy that was set before him endured the cross, despising the shame, and is seated at the right hand of the throne of God” (Hebrews 12:1-2 ESV).

Growing up in the church and seeing these verses printed on everything from posters to embroideries, I always took Hebrews 12:1-2 for granted as just another noteworthy, tweetable apostolic saying. Familiarity with Scripture, after all, breeds indifference.

Familiarity also inoculates us to some of Scripture’s rather unconventional turns of phrase—statements which, upon inspection, bear great significance as we apply the whole counsel of God’s word.

One such puzzling phrase is the reference to Jesus as he “who for the joy that was set before him endured the cross, despising the shame” (emphasis mine). What does this mean?

Since Jesus bore our griefs and carried our sorrows on the cross (Isaiah 53:4), surely he also shouldered our shame. Like all of his cross-work, this was performed willingly, in love, on the basis of the covenant of redemption made with the Father in eternity past (see LBC 7.3). So in what sense did Jesus “despise” (ESV, NASB, KJV), or “scorn” (NIV), the disgrace of the cross? Or, how can Christ in one sense willingly bear our load and yet, in another sense, spurn it?

Throughout the New Testament, the word “shame” (αἰσχύνη) is used both to refer to objective shame and subjective shame.

Objectively, in Philippians 3:19, it is used of those whose “god is their belly” and “glory is in their shame”—that is, those who celebrate their impure, objectively disgraceful vices. In 2 Corinthians 4:2, the term is used in reference to the disgraceful, snake-oil-salesman evangelistic methods employed by the “super-apostles” (cf. 2 Corinthians 11:5) but eschewed by Paul.

The word denotes subjective shamefulness in Luke 14:9 in reference to the embarrassment experienced by proud Jews who, having initially assumed the first place at a feast, would be later required to take a lower position at the table.

In sum, objective shame results when disgracefulness is externally ascribed to an action or person, regardless of what that person senses or feels. Subjective shame, then, is what is experienced in the inner person—being ashamed.

Into which category does Christ’s death fall?

Without a doubt, the cross was—and is—an object of objective shame. It was a criminal’s death designed not only to maximize torture but to strip the victim of all dignity whatsoever. It is no wonder that Paul, in awe, stresses the weight of this penalty in the Christ hymn: “And being found in human form, he humbled himself by becoming obedient to the point of death, even death on a cross” (Philippians 2:8).

But I believe that in Hebrews, the author’s intention is not necessarily to focus on the objective shame of death on a cross; rather, it is to show that Christ scorned the subjective shame of the cross.

At the very same time that Jesus invited on himself the outward ridicule and contempt of crucifixion, inwardly he thrust aside any and all self-pity. He demonstrated this centuries earlier by speaking proleptically in the person of Isaiah: “But the Lord GOD helps me; therefore I have not been disgraced; therefore I have set my face like a flint, and I know that I shall not be put to shame” (Isaiah 50:7).

Our Lord’s mouth didn’t open with a single complaint. He refused his rightful claim to victim status, even though Scripture explicitly states that he was “oppressed” (Isaiah 53:7). He simply set his flinty face resolutely towards Jerusalem’s hill (Luke 9:51).

And his example in this regard leaves us, frankly, with some rather painful ethical implications. What would happen if we who preach and minister regularly began to teach our people—and ourselves—to “despise the shame”?

Hebrews 12:2 is not Scripture’s only word to the sufferer. And I thank God for that. In addition to the example of our flint-faced, shame-spurning Savior, we have the tender promise of a Father who is “near to the brokenhearted and saves those who are crushed in spirit” (Psalm 34:18 NIV).

Though God is infinitely and transcendently higher than the heavens and earth, he stoops down to lift up the needy, the poor, and the barren woman (Psalm 113:5-8). And Jesus, our high priest, is willing and able to sympathize with all of our weaknesses, since he himself was tempted in all points as we are (Hebrews 4:15).

These passages deserve deep, daily meditation. It is virtually impossible to overstate God’s compassion for sufferers.

I am not recommending a pastoral posture that plops down in the counseling chamber and, shooting from the hip, quips, “Buck up.” Far from it. “Whoever blesses his neighbor with a loud voice, rising early in the morning, will be counted as cursing” (Proverbs 27:14).

I believe firmly that we must “weep with those who weep” (Romans 12:15). Deep, dark nights of the soul require a surgeon’s precision in biblical counseling, intercessory prayer, and even lament. It would be detrimental for all  if pastors replaced their counseling handbooks with collections of Jordan Peterson maxims (“tough it out”; “go clean your room”), as gratifying and sometimes necessary as such maxims may be.

Rather, what I am suggesting here, is that beyond such intimate settings, we should declare an all-out war on self-pity—guns blazing, safety off, with both barrels aimed squarely at the attention-seeking murmuring that crops up without warning around our water coolers and dinner tables from our own depraved lips (or keyboards). When we preach, we must tenderly yet firmly warn the flock of the seductress of victimhood, who, when not peddling her wares on the open market, sidles up and whispers her flatteries: “God’s glory? Pish posh. This situation is unfair. You deserve better. Go ahead and whine. You’re worth it.”

I have been greatly helped by Jeremiah Burroughs’ The Rare Jewel of Christian Contentment. I commend this Puritan gem to anyone else who struggles, as I do, with resisting self-pity.

Burroughs presses the fact that we are guilty sinners who deserve hell (cf. Romans 6:23). Yet in God’s providence, not only does he extend mercy in Christ, but he also showers us with innumerable temporal blessings that far exceed our needs (cf. Matthew 5:45, 6:32-33), from the air we breath to the ground under our feet. We are entitled, technically, to nothing short of damnation. All is of grace.

But when we unwittingly cater to the self-pitying impulse that resides within every human heart—exalting voices of bitterness in blogs, podcasts, and pulpits; chasing every method that purports to be the “key” to “effectively reaching” every narrowly-defined subgroup; and complaining ourselves about our own discontentment—we distort Scripture’s plain teaching that we all, sufferers and rejoicers alike, are breathing grace every waking moment.

Contentment begins when we mortify our murmuring and choose victory in Christ—albeit broken-hearted victory—over victimhood, while still continuing to contend for our cause whenever and wherever possible. We are, after all, “more than conquerors through him who loved us” (Romans 8:37) even while being counted as “sheep for the slaughter” (v. 36). In Christ, we are victors, not victims.

The Christian life is inescapably cruciform. Jesus is our example. When we suffer, whether our afflictions are light or heavy, let us leave it to Christ and his body to pity us. Let us weep with those who weep. But for our part as ministers, in our hearts, let us resolve to despise the shame of victimhood and teach our people to do likewise.