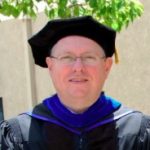 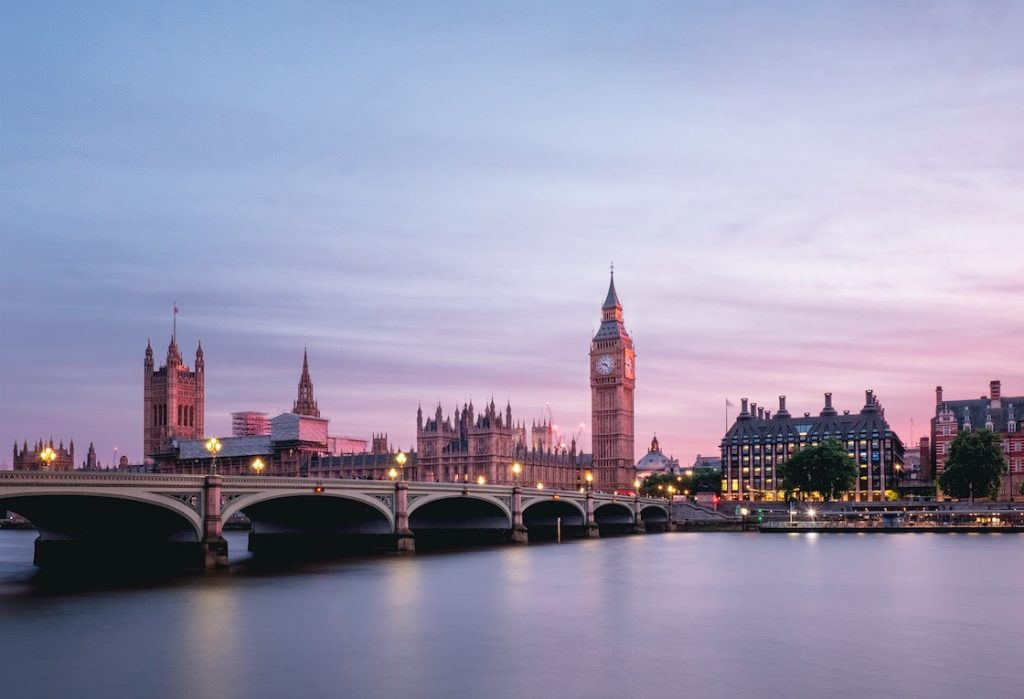 It is troubling to read statements asserting or inferring that there is some form of theological difference between these two great confessions. Some seem to think that the 1644/46 Confession is more authentically Baptist, while the Second Confession is less so. Most often, this is asserted by those who dislike the Covenant theology that is more explicit in the Second Confession than in the First. It is especially true of those who espouse the so-called “New Covenant” theology. But the question that I would like to ask those who state this difference is this: On what basis do you make this assertion?

Too often, this alleged distinction is made by those who have little or no familiarity with the historical and theological backgrounds of the two confessions. Like good postmodernists, they read into the Confessions the type of theology that they hope to find there, without any serious investigation into the theological thinking of the men who wrote the Confessions. Like any other historical document, our confessions need to be subject to historical and grammatical exegesis. We cannot simply read into them what we think we may find there. Instead, we need to ask and answer the question “How did the men who first adopted this Confession understand its theology? Do their writings give support to the notion that there are significant theological differences between the two?” An examination of this kind can be a very fruitful exercise in sorting out this notion.

There are several things that we need to say.

First, the method of editing these Confessions was the same. Both are based on existing paedobaptist documents, adapted, not to highlight differences, but to emphasize commonalities. The editors of both Confessions used the identical method. They chose the best existing paedobaptist confessions and “baptized” them. Beyond this, it is important to remember that the first Confession was actually revised in 1646 (specifically and directly in response to Daniel Featley’s strictures) to make it more palatable to the paedobaptist opposition. Throughout the 17th century, the Calvinistic Baptists sought to demonstrate their orthodoxy to their paedobaptist counterparts.

Secondly, the writings of the men who published the First London Confession demonstrate that they were committed to the same kind of Covenant Theology that is more explicitly articulated in the Second London Confession. John Spilsbury, sometimes suggested as the author of the First Confession, writing in his 1643 book A Treatise Concerning the Lawful Subject of Baptisme, said on the very first page of the text, “As the Scriptures being a perfect rule of all things, both for faith and order; this I confesse is a truth. And for the just and true consequence of Scripture, I doe not deny; and the covenant of life lying between God and Christ for all his elect, I doe not oppose: and that the outward profession of the said Covenant, hath differed under severall Periods, I shall not deny.”

Hanserd Knollys, a man who signed the second edition of the Confession in 1646 wrote in his 1646 book Christ Exalted: A Lost Sinner sought and saved by Christ, “The difference betweene these two schholmasters, the Law and Christ, is this, Moses in the Law commands his Disciples to do this, and forbeare that, but gives no power, nor communicates no skill to performe anything: Christ commands his Disciples to do the same moral duties, and to forbeare the same evils, and with his command he gives power, and wisedome, For he works in us both to will and to do according to his good pleasure” (page 24), and again a little later in the same book, when commenting on the sins of those he calls carnal professors “They are so far departed from the Faith, which they sometime professed, and seemed to have, 1 Tim. 4.1. that they question whether the Scriptures of truth be the Word of God? Whether Christ be the Son of God? Whether the first day of the Week be the Sabbath of God?” (page 34). He places doubt with regard to the validity of the 1st day Sabbath alongside of doubts about the inspiration of Scripture and the deity of Christ! It would not be difficult to multiply the evidence. When one considers the theological writings of the men who subscribed the 1644/46 London Confession, one finds that they believed the same things articulated more clearly in the 1689 London Confession. The difference is not one of belief, simply of expression.

Thirdly, it should also be remembered that it was the same churches, and several of the same men, who issued both Confessions. Seven London congregations published the 1644/46 Confession. By 1689, representatives of 4 of these churches also publicly signed the 1689 Confession. What happened to the other 3? They either ceased to exist, or had merged into the remaining churches. In addition, several key men signed both Confessions: William Kiffin, Hanserd Knollys, and Henry Forty, as well as the father-son duo of Benjamin and Nehemiah Coxe. If the theology of the two Confessions is different, one would have to demonstrate that these churches and these men went through a process of theological change. But no evidence for such exists.

Fourthly, we must listen to the words of the authors of the 2nd London Confession, writing in the forward to the 1677 edition:

It is now many years since divers of us (with other sober Christians then living and walking in the way of the Lord that we professe) did conceive our selves to be under a necessity of Publishing a Confession of our Faith, for the information, and satisfaction of those, that did not throughly understand what our principles were, or had entertained prejudices against our Profession, by reason of the strange representation of them, by some men of note, who had taken very wrong measures, and accordingly led others into misapprehensions, of us, and them: and this was first put forth about the year, 1643. in the name of seven Congregations then gathered in London; since which time, diverse impressions thereof have been dispersed abroad, and our end proposed, in good measure answered, inasmuch as many (and some of those men eminent, both for piety and learning) were thereby satisfied, that we were no way guilty of those Heterodoxies and fundamental errors, which had too frequently been charged upon us without ground, or occasion given on our part. And forasmuch, as that Confession is not now commonly to be had; and also that many others have since embraced the same truth which is owned therein; it was judged necessary by us to joyn together in giving a testimony to the world; of our firm adhering to those wholesome Principles, by the publication of this which is now in your hand.

And forasmuch as our method, and manner of expressing our sentiments, in this, doth vary from the former (although the substance of the matter is the same) we shall freely impart to you the reason and occasion thereof.

We must not miss these words. These men assert that though the “method and manner of expression” is different in the two confessions, yet the substance is the same. Now, if the two confessions have a different theological perspective, these men are guilty of an untruth. But think about how unlikely that is: 1. Some of them were the same men, who knew what they believed throughout these years. 2. Some of the churches were the same churches, in which it is not unlikely that some of the members, as well as the officers, were the same people. 3. There was a public record that could be consulted in order to determine the truthfulness of this statement. Everything points to the veracity of this statement. Doesn’t it only seem right that we take these men at their words, recognizing that the doctrine of both Confessions is the same? Both the 1644/46 and the 1677/89 Confessions, as understood by their original authors, teach covenant theology, the abiding validity of the law of God and, by implication, the obligation of the 1st day Sabbath. Anything less is at best a misunderstanding, and at worst a misrepresentation, of 17th century Calvinistic Baptist theology. The 1644/46 Confession gives no support to those who would undermine the essentially Reformed and covenantal identity of Baptist theology.

Fifthly, we need to remember that the 1644/46 Confession was publicly examined and criticized by some of the most cautious opposing theologians of the day. Thomas “Gangreana” Edwards, Robert Baylie and Dr. Daniel Featley left no stone unturned in seeking to prove that the Particular Baptists were heretical. And yet they never give indication that the Baptists or their Confession were unorthodox in terms of Covenant theology, the perpetuity of the moral law, or the abiding validity of the Lord’s day Sabbath. There can be no doubt that they would have made much of these things if they had been present, but they weren’t. If the best heresy-hunters of the day did not find differences on these issues, how can we?

It is a mistake to assert that there are theological variances between these confessions. Simply because the 1644 Confession does not highlight and emphasize these things does not mean that it, and the men and churches who issued it, held a view distinct from the latter Confession. The differences can be simply explained in terms of the documents used to construct the Baptist statements. If you examine the 1596 True Confession, you will find that it does not highlight Covenant theology, but rather the Doctrine of the Church. This explains the direction and emphases of the Baptist Confession. Nothing more is necessary. The theology of the two confessions is the same. 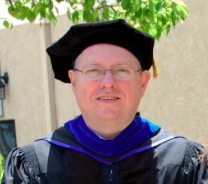 James M. Renihan has served as Dean of the Institute of Reformed Baptist Studies since 1998, and was recently appointed President of IRBS Theological Seminary. He has been a pastor in churches in Massachusetts, New York and California, and currently serves at Christ Reformed Baptist Church, Vista, CA. He is a graduate of Trinity Evangelical Divinity School (Ph.D.), Seminary of the East (M.Div.), Trinity Ministerial Academy, and Liberty Baptist College, (B.S.). His academic work has focused on the Second London Baptist Confession and the broader Puritan theological context from which it arose. He has been published in many journals, and is the author of multiple books including Edification and Beauty, A Toolkit for Confessions, True Love, Faith and Life for Baptists and several others. Dr. Renihan and his wife Lynne have five adult children, who all love and serve Christ, and nine grandchildren. Two of his sons are pastors of Reformed Baptist churches.
AUTHOR ARCHIVE