There is One Lawgiver: Reflections on the Cancel Culture 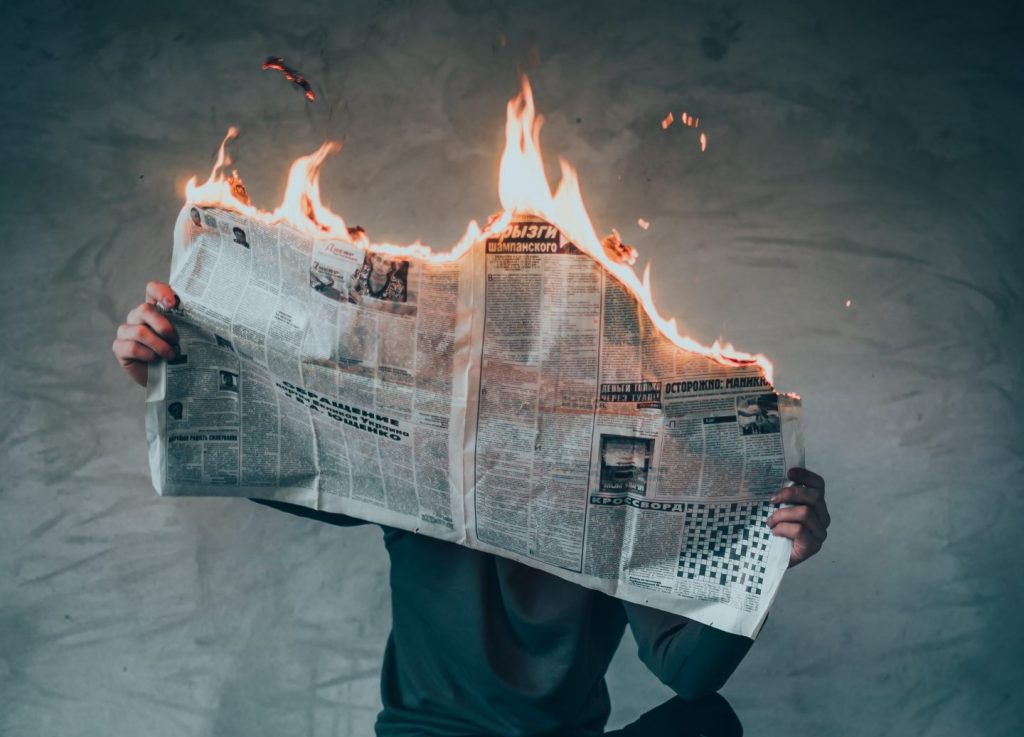 The suggestion has been made that we should say farewell to Jonathan Edwards in light of his having purchased a slave named Venus. A serious call also has been issued to remove memorabilia of James P. Boyce and the three men who helped found the first Southern Baptist Seminary. Those suggestions prompted a line of thought about our aptitude to dismiss the value of brothers and sisters in Christ.

It is not very easy—in fact, it is not possible—to say “farewell” to any person in the history of the world. God has created them all and each will have an eternity immediately proceeding from God’s judgment—his perfectly impartial, absolutely just judgment in which every mouth will be stopped and the whole world held guilty before God (Romans 3:19, 23). Only those who by faith have been united with Jesus Christ in his perfect righteousness culminating in his propitiatory death will be granted, by grace, eternal life. The rest will depart into eternal torment with the devil and his angels. Seeing that an eternity awaits every person in which each will be a vessel of glory either of justice and wrath or justice and grace, we cannot wish them away. Seeing that in sin there is no difference, we cannot point to others and imply by our attempt to dismiss them, “I am better than they.”

Unbelievers who either oppose or neglect the way of the gospel have an unmitigated day of reckoning coming. When we recognize that temporal judgments on them are mere previews of eternal judgment, our word to them is, “I tell you, except you repent you shall all likewise perish, Repent, therefore, and be converted, that your sins may be blotted out” (Luke 13:2-5; Acts 3:19). For believers, however, who have a zeal for Christ and his gospel and have given their lives to the propagation of revealed truth, we have a more delicately developed identification. Rescued by grace, we join with their prayers and praises of gratitude, we encourage the use of their gifts sovereignly bestowed, and we recognize how easily each of us can confuse the duties arising from grace and the deceit of remaining sin. Sometimes we point it out; sometimes it is not for us to judge.

To God alone we leave the perfect judgment of the moral and gracious quality of each man’s work. Paul, as a “wise master-builder,” laid the foundation of Jesus Christ. Along with other apostles he brought to bear the entire witness of the Old Testament and the expansive revelatory work of the Holy Spirit in the New Covenant. The Person of Christ, the redemptive work of Christ, his perfection of the offices of prophet, priest, and king were set forth with beauty, clarity, and absolute pertinence. The foundation is laid and everything placed on it will either conform to its perfect symmetry and beauty, its immutable truthfulness and eternal power, or will be judged as inconsistent with it and will be burned in the day of judgment (1 Corinthians 3:9-15). Gospel truth will prevail, Christ’s name and work will be honored and all that we seek to substitute or impose on it that minimizes its importance will be considered loss. Only the truth that is given us and that we have proclaimed faithfully will be found to endure the fires of judgment. “It is required in stewards that one be found faithful” (1 Corinthians 4:2).

Paul gives a clear warning that we should judge nothing before the appointed time, “until the Lord comes, who will both bring to light the hidden things of darkness and reveal the counsels of the hearts. Then each one’s praise will come from God” (1 Corinthians 4:5). When we look at God’s servants, therefore, we must be deferential toward them and be cautious about our determination that their work is vain. At the same time, God’s ministers must reprove, rebuke, and correct, must warn against false teachers and teachings, must reject confessions of the faith that are faulty. Through the centuries, therefore, it has been incumbent on Christians seeking full obedience to the word of God to embrace all that is consistent with revealed truth and depart from that which is inconsistent with it (2 Thessalonians 3:13-15; 1 John 4:1-3; 2 John 9-11). Cerinthus must be rejected; Arius must be exposed; Pelagius must be corrected; Gladden, and Fosdick, and Mathews must be deciphered as dangerous teachers.

Seeking to obey the latter duties of exposure, warning, and resistance without violating the warnings about judging nothing before the appointed time can be an intimidating exercise. For a full stewardship of truth, however, we must try. We look to speak the truth in love with all lowliness and gentleness, with patience, bearing with one another in love, endeavoring to keep the unity of the Spirt in the bond of peace (Ephesians 4:15, 2, 3). We affirm the jewels and acknowledge the possibility of the fire. We do not assume infallibility for ourselves in any judgment or evaluation.

With that caveat, I would surmise that Augustine’s defense of the use of the sword against the Donatists probably will make a nice fire; his polemic against the Pelagians, his humble contemplations in Confessions, and his bold and reverent work on the Trinity will be among the gold and jewels and precious stones. Anselm’s sacramentalism will make nice fuel with the wood, hay, and stubble while his study of the soteriological intent of the incarnation in Why the God-man and his worshipful ontological argument for the existence of God, Proslogion, will shine like the stars in the universe. While we recognize that many circumstances contributed to their submission to some errors (which God will sort out), we celebrate their gifts and do not dare bid them farewell either in contribution or in name.

Also, within the parameters of temporality it is impossible to disconnect any person from antecedence and subsequence both in physical existence and moral impact. The pattern for this is set in Adam. Surely everyone acquainted with the biblical account has thought, “Were it not for Adam, we would not be in such a mess. O that I could have stood on my own, answered for myself, and not be put under a covenantal arrangement!” We should be very careful, however, before we bid farewell. This counter-factual wish is infinitely vain and assumes a lack of wisdom in the Creator. Apart from the fact that Adam represents the monogenetic origin of the entire race of humans, his covenantal status stands as a type of Christ’s covenantal representation of his people. Farewell Adam. Farewell humanity. Farewell Christ.

The sordid story of Lot and his daughters (Genesis 19:30-38) should provoke a virtue-signaling “Farewell” to him and his posterity by incest, should it not? A man who lived in Sodom and who was enticed to drink himself into a state of virtual morbidity by his daughters who impregnated themselves through him should hear our “Farewell.” Let us reprimand Peter for calling him thrice righteous and then godly (2 Peter 2:7-9). Farewell Lot. Farewell Moab. Farewell Ruth. Farewell David. Farewell Christ.

Gideon the man of valor hiding in a winepress threshing wheat questioned God’s call, did his first acts of obedience in a clandestine manner, and still asked for special assurances from God. After the Spirit of God came on him, strengthened him, and rescued Israel through him. He took his spoils and made an ephod. Before this object “all Israel played the harlot” and it “became a snare to Gideon and to his house” (Judges 8:27). He had many wives and his son by a concubine of Shechem he named “Abimelech,” meaning “my father is king.” He had refused to become king (Judges 8:22, 23) but pondered it in his heart. Farewell Gideon. Welcome Midian. Should we say so we would be included in the judgment upon Israel, “nor did they show kindness to the house of Gideon in accordance with the good he had done for Israel” (Judges 8: 35). Farewell Gideon. Farewell gratitude. Welcome divine judgment.

Perhaps we would look at the worst parts of the life of David and see a violent man given to temper. His adultery with Bathsheba certainly is reprehensible, but the deceit he sought to force on Uriah unsuccessfully which led to the conspiracy to see him slain by the enemy was amazingly depraved. For this sin, the sword did not depart from his house and led to the killing of many others through the rebellion of Absalom. His ignoring of specific instructions in moving the ark and in taking a census led to the deaths of thousands. His lack of wisdom with his children led to an attempted coup even within days of his death. Farewell David. Farewell Psalms 3, 4, 5, 6, 7, 8, 9, 11, 12 13, 14, 15, 16, 17, 18, 19, 20, 21, 22, 23, 24, 25, 26, 27, 28,29, 30, 31, 32 many others and 51. Farewell, “Create in me a clean heart, O God; and renew a right spirit within me.” Farewell Solomon. Farewell Christ (Romans 1:3).

Bidding adieu to those who have clearly impacted the thought patterns of generations beyond their own lives is peculiarly difficult. We might severely regret the outcome if we were to get all that we imply in our fond farewell.