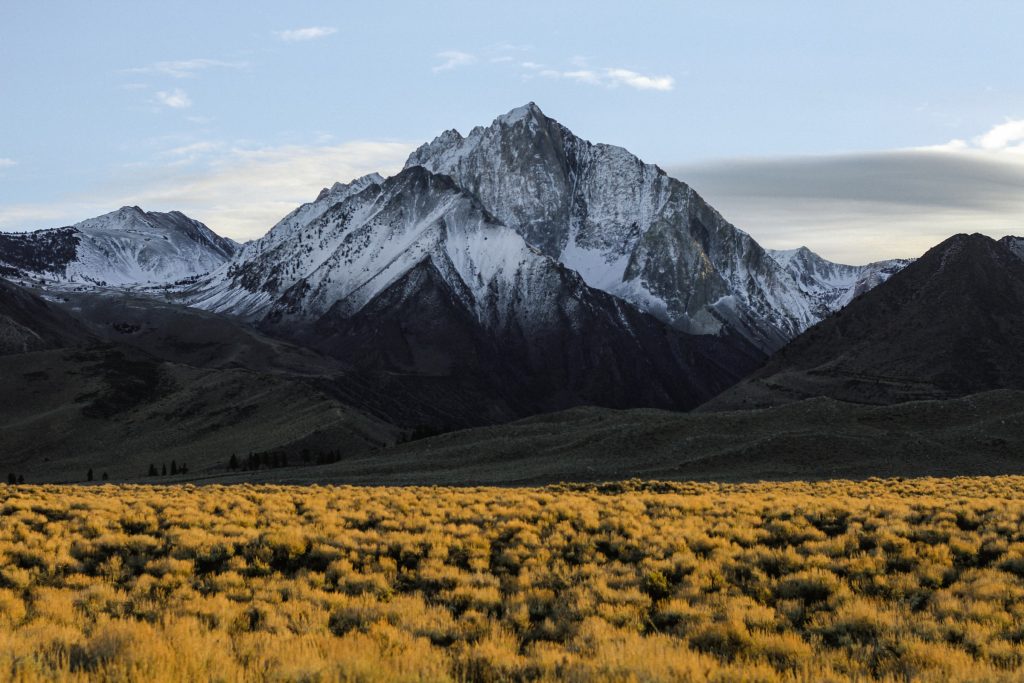 1. Consider the meaning of the phrase “under the law” in Pauline literature.

Perhaps the best way to understand the phrase is to study the Galatian heresy. Paul used the phrase “under the law” five times in his letter to the Galatians (3:23; 4:4; 4:5; 4:21; 5:18), more than any of his other letters. But how were the false teachers in Galatia attempting to bring God’s people back “under the law?”

First, to be “under the law” is to attempt to secure God’s verdict of justification by the law. Paul says in Galatians 2:21, “I do not nullify the grace of God, for if justification were through the law, then Christ died for no purpose.” The false teachers were teaching Christians that they had to keep the whole law of God for their justification, not only the Ten Commandments, but circumcision and the Jewish food laws and festivals. This was a false gospel (Gal 1:6-7).

Second, to be “under the law” is to attempt to obtain the Spirit through obedience to the law. Paul says in Galatians 3:2, “Let me ask you only this: Did you receive the Spirit by works of the law or by hearing with faith?” Thus, to seek not only the objective blessing of justification by the law, but also the subjective blessing of the Spirit by the law is to be “under the law.” The Judaizers were teaching that to obtain the Spirit of Christ, one must obey the law of God. That is a “bewitching” heresy.

Third, to be “under the law” is to “rely on the works of the law.” Paul says in Galatians 3:10, “For all who rely on works of the law are under a curse; for it is written, ‘Cursed be everyone who does not abide by all things written in the Book of the Law and do them.’” Thus, all who rely on the law, meaning those who trust their own works of obedience to avoid God’s curse are under actually under the curse of the law. That’s because the only way to be free from the curse of the law is to obey the whole law of God perfectly. No one can do that; therefore, no one should try to obey God’s law to free himself from the curse.

Paul may even reference the Lord’s Day, or Christian Sabbath, in Ephesians 5:16-19, when he says, “Making the best use of the time because the days are evil . . . addressing one another in psalms, hymns and spiritual songs.” He speaks of “days” in a section of his letter where he is already expounding the Ten Commandments for the believer. Apparently, there is a day on which Christians are to gather to sing and worship the Lord together. Some say that the New Testament repeats 9 of the 10 Commandments, but that it is silent on the Sabbath commandment. Of course, this is false. The New Testament does repeat the Sabbath commandment. Jesus positively declares, “The sabbath was made for man” (Mk 2:27), and Hebrews says, “There remains a Sabbath rest for the people of God” (Heb 4:9).

Galatians 4:3-5 says, “In the same way we also, when we were children, were enslaved to the elementary principles of the world. But when the fullness of time had come, God sent forth his Son, born of woman, born under the law, to redeem those who were under the law so that we might receive adoption as sons.”

A key phrase here is “elementary principles of the world” (Gal 4:3). Those words could also be translated, “elemental spirits of the world.” It’s a reference to pagan worship. Pagans believed in salvation, justification, and this-worldly blessing through works of obedience to their false gods. It makes sense Paul would speak this way to the Galatians, since they were formerly Gentile pagans. They worshipped the “elemental spirits,” false gods, of earth, air, fire, and water, trying to avoid disasters from these elements and trying to gain blessings. They believed that if they offered sacrifices and obeyed their gods, they could obtain salvation from the wrath of their gods, and they could obtain blessing in this world on the basis of their works. Paganism is a work-for-salvation religion.

Galatians 4:9 elaborates on pagan slavery to works-salvation, and how God mercifully rescued the Galatians from it. It says, “But now that you have come to know God, or rather to be known by God, how can you turn back again to the weak and worthless elementary principles [or elemental spirits] of the world, whose slaves you want to be once more?” Paul is speaking ironically. To put yourself “under the law” with the Galatian Judaizers, trying to earn salvation through the Old Covenant, is no different from your former pagan religion.

Now, it’s significant that the words of Galatians 4:3 with 4:4-5 occur together. Galatians 4:3 says, “In the same way, we also, when we were children, were enslaved to the elementary principles of the world.” And Galatians 4:4-5 says, “But when the fullness of time had come, God sent forth his Son, born of woman, born under the law to redeem those who were under the law.”

3. Believers under the Old Covenant were certainly not “under the law.”

This final point is also very important to grasp. Not all those who were in the Old Covenant were “under the law.” Remember that to be “under the law” is to rely on your good works for salvation, justification, the Holy Spirit, and eternal life. Did believers in the Old Testament rely on their good works for salvation? Did David do that? Did Abraham rely on his good works for salvation? Certainly not! In fact Galatians 3:6 says, “Abraham believed God and it was counted to him as righteousness.” And yet, Abraham was in the Old Covenant, the covenant of circumcision (Acts 7:8). No Old Testament saints, who were members of the Old Covenant, were “under the law.” For example, Hebrews 11:7 says, “By faith, Noah . . . became an heir of the righteousness that comes by faith.” And Hebrews 11:24-26 says, “By faith Moses . . . considered the reproach of Christ greater wealth than the treasures of Egypt.”

The Bible teaches that David, a member of the Old Covenant, was a believer, a man after God’s own heart. David trusted in God for the forgiveness of his sins. He wrote, “Have mercy on me, O God, according to your steadfast love; according to your abundant mercy blot out my transgressions. Wash me thoroughly from my iniquity and cleanse me from my sin” (Ps 51:1-2). Clearly David was not relying on his good works for salvation. Rather, he was trusting God for grace, forgiveness and salvation. He understood that his sacrifices of obedience under the Old Covenant could not save him. “For you will not delight in sacrifice, or I would give it; you will not be pleased with a burnt offering” (Ps 51:16). Romans 4:6-8 shows us that David was trusting in the gospel for his salvation: “David also speaks of the blessing of the one to whom God counts righteousness apart from works: ‘Blessed are those who lawless deeds are forgiven, and whose sins are covered; blessed is the man against whom the Lord will not count his sin.’”

So, David was not “under the law,” since to be “under the law” is to be condemned and under God’s wrath. The Bible teaches us that David was under grace by faith because he trusted God to save him from his sins.

And yet, traditionally, David is understood to have written Psalm 119, which is about the goodness of the law of God. Spurgeon said, Psalm 119 “is Davidic in tone and expression, and it tallies with David’s experience in many interesting points. In our youth our teacher called it ‘David’s pocket book.'” David sings, “Blessed are those whose way is blameless who walk in the law of the Lord!” (Ps 119:1). “Oh how I love your law! It is my meditation all the day. Your commandment makes me wiser than my enemies, for it is ever with me” (Ps 119:97-98). “I love your commandments above gold, above fine gold” (Ps 119:127). The Hebrew term “the law” in Psalm 119 is torah, which includes the sweet promises of the gospel, the positive laws of the Old Covenant as well as the moral law of the Ten Commandments.

David delighted in the law of God and sought to obey it from faithful love to God and joy in Him. But in no way did David “rely” on his obedience to the law for his salvation. He did not seek justification before God through the law. He didn’t rely on the law for his sanctification either. Rather, he obeyed the law as a believer from a heart of love, joy and gratitude to God because of so great a salvation.

David’s attitude toward the law is no different at all from that of the apostle Paul’s in the New Covenant. Paul said, “So the law is holy, and the commandment is holy, and righteous, and good” (Rom 7:12). “I delight in the law of God in my inner being” (Rom 7:22). “I serve the law of God with my mind” (Rom 7:25). Paul teaches that Christ died for our sins “in order that the righteous requirement of the law might be fulfilled in us who walk not according to the flesh but according to the Spirit” (Rom 8:4). Jesus “gave himself for us to redeem us from all lawlessness and to purify for himself a people for his own possession who are zealous for good works” (Titus 2:14).

True believers keep the good law of God in faith, under grace, as an expression of love to God because of so great a salvation. They don’t rely on the law to save them, but neither do they reject its authority or goodness. Though they can never keep the law perfectly, they do seek to follow the law as an expression of faith in God and love to Him.