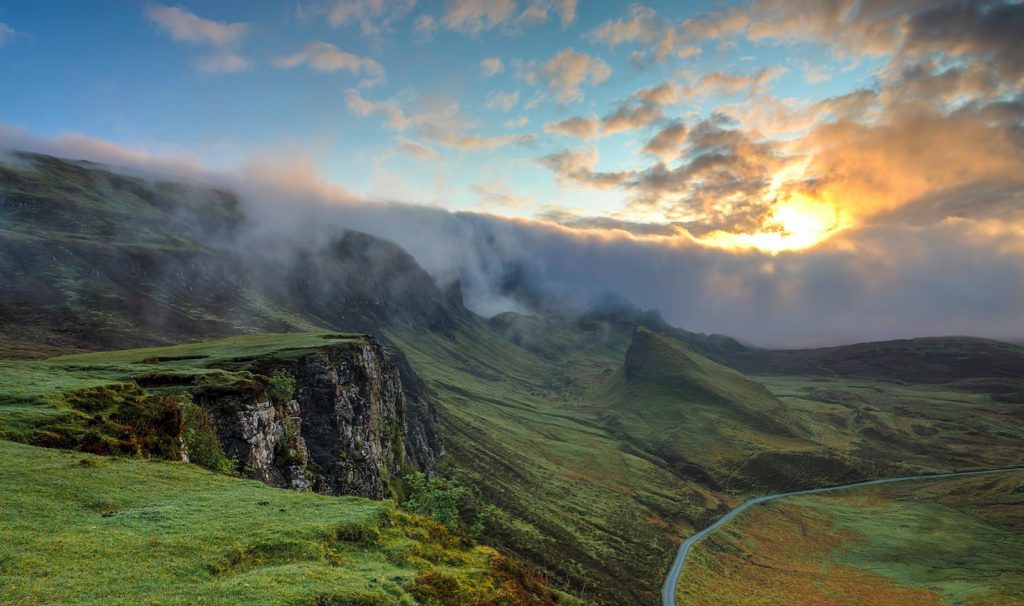 God has no constraints to work by consent and permission. He knows nothing of waiting until mankind willingly and gladly cooperates with him to do his will. Otherwise, man’s fickleness controls God’s sovereignty. So when Christians speak of God “breaking in” or “a work of God” or “a movement of the Spirit,” we acknowledge God’s sovereignty in accomplishing his pleasure. But sometimes his sovereignty surprises us.

We find a clear example in the 8th century B.C. prophet Isaiah. Only a Sovereign God can call “My anointed,” one that unwittingly followed divine designs in accomplishing God’s purposes. Over a century before the Persian King Cyrus commanded the exiled Jews to return to Jerusalem, Isaiah prophesied that God would raise up Cyrus for his purposes. “For the sake of Jacob My servant, and Israel My chosen one, I have also called you [Cyrus] by your name; I have given you a title of honor though you have not known Me. I am the Lord, and there is no other; besides Me there is no God. I will gird you [Cyrus], though you have not known Me; that men may know from the rising to the setting of the sun that there is no one besides Me. I am the Lord, and there is no other” (Isaiah 45:4–6; italics added; NASB). In simple language, the Lord God declared, “I’m in control. I will use whom I will, raise up whom I please, and accomplish my purposes through any that I choose, so that the nations may know that I alone am God.”

Sovereignty and the Reformation

Enter the 16th century Reformation. In a dark world with only a sputter of light here and there for centuries, God broke forth. We know how he raised up Luther, Zwingli, Tyndale, Calvin, Bullinger, Bilney, Knox, and many more as mighty voices to proclaim the gospel of grace in Christ alone.

Yet the Lord had no constraints to use only avowed Protestants in this spiritual awakening. He also found pleasure in unwitting Reformers, among whom the chief was Desiderius Erasmus. Erasmus grew up in Holland, the illegitimate son of a parish priest and physician’s daughter. They schooled him in a Brethren of the Common Life institution that focused, unlike the scholastics and ritualists, on a mystical, pietistic inward life. The precocious child learned Latin as a boy, preferring it to his native Dutch. Entering the University of Paris, he had already surpassed his teachers. In contrast to the anti-God humanists that emerged from the Renaissance, as a humanist scholar, he embraced, what he called, “the philosophy of Christ,” emphasizing conformity to the Bible’s moral teachings. While calling for the study of scripture, Erasmus put less stress upon the doctrines of salvation than upon behavior. Although an unsurpassed linguist, he lacked theological (gospel) clarity.

While in England in 1499, John Colet, Dean of St. Paul’s, urged Erasmus to stay in Oxford to teach the Old Testament. But to do so, at Colet’s insistence, he would need to study Greek to read the Greek Fathers. He spent five years mastering Greek [Erasmus could do that!]. During a second visit to England, Colet loaned Erasmus two Greek New Testament manuscripts from which he produced a new Latin translation. That thrill of studying ad fontes led him to gather a few more manuscripts to edit a critical Greek New Testament, published in 1516.

To say, as one writer has, “The influence of this work [the Greek New Testament] on the Reformation was incalculable,” is an understatement.[1] The pent-up soul-anguish among students at Cambridge and Oxford, and a parish priest in Zurich found life in the Greek Testament. Luther devoured it and used it to translate the Scripture into the German vernacular. Tyndale did the same with the English language. Revival broke out at Cambridge, despite the administration’s efforts to stymie it, as students surreptitiously purchased copies of Erasmus’ text, poured over it in secrecy, and came to bold faith in Christ.

During this same period, Erasmus influenced the parish priest of Einsiedeln, Switzerland, Huldrych Zwingli, to study the Greek New Testament. He even encouraged Zwingli to memorize the Pauline Epistles in the Greek, which the Reformer did. But it didn’t have the humanist effect that Erasmus supposed. Instead, Erasmus’ influence pressed Zwingli into God’s Word, so that by 1522, he had embraced sola Scriptura and rejected the Catholic authorities. Once he began serving at the Grossmünster in Zurich (1518), reformation followed with Zwingli regularly expounding the Scriptures and teaching others to do the same.

Erasmus wrote positively regarding Martin Luther when Pope Leo X railed against him. He found himself much in agreement with the Wittenburg monk over the abuses of the Roman church. Luther exposed the godless practices of the prelates just as Erasmus had done in the latter’s cleverly written work, In Praise of Folly. They both attacked the misuse of authority in the Catholic Church, the misguided and ignorant priests, the salacious practices of the monks, and the greed that lay at the selling of indulgences. Despite the Catholic authorities tugging at Erasmus to go after Luther, the humanist scholar quietly delighted in the reformer’s pen.

In a sense, Erasmus felt like a man with no country, but in this case, a man with no church. While ever a son of the Catholic Church, he despised its abuses. He spoke out boldly against them, including raising questions about the profligate Pope Julius II’s eternal home. But he could not completely throw his lot in with Luther and the Reformation due to its break from the Church and its soteriological teachings.

At Pope Leo X and Henry VIII’s urgings, Eramus raised his pen against Luther in his semi-Pelagian work, On Free Will. Due to his busy demands, Luther did not immediately respond, leading some to suppose that Erasmus had finally silenced the German Reformer. But then Luther finally sat down to write, and with it composed one of his most important works, On the Bondage of the Will. By arguing from Scripture, Luther decimated Erasmus and his—and the Roman Church’s—semi-Pelagian views. The church today still profits from On the Bondage of the Will, steering the course through the prevailing semi-Pelagianism that cuts the nerve of healthy evangelism, by returning to dependence upon God alone in salvation.

As far as we know, Erasmus never embraced the Reformation solas or considered himself part of the Reformation. Yet in God’s sovereign purposes, Erasmus produced the Greek Testament that led to the salvation of many and served as the foundation for translating the New Testament into common tongues. That led to multitudes coming to faith in Christ on the continent and in England. By God’s plan, Erasmus tutored Zwingli and commended Paul’s Epistles in Greek to him, laying the foundation for his conversion and leadership as a Reformer. We can thank God that ultimately, he spurred Erasmus to challenge Luther regarding the human will or we would have been without one of the most important theological books ever written. The unwitting Reformer, like Cyrus of old, served God’s purposes in God’s timing by God’s sovereign pleasure.

Our Sovereign God has not lost his sovereign might in our day. Take courage. What and whom we complain about today may, by God’s work, turn out for the furtherance of God’s kingdom. Our God reigns!