Was Richard Baxter Orthodox on Justification? 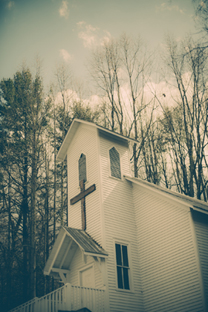 Richard Baxter seems to be largely known today for his works of practical theology, including, The Christian Directory, which has been used in some quarters as a manual of Christian counseling, and The Reformed Pastor, which is often commended as a useful paradigm of pastoral ministry among Reformed men. But Baxter is less known for his doctrinal theology, particularly for his doctrine of justification. Baxter first wrote on the doctrine of justification in Aphorisms of Justification, published in 1649.  In that work, he reacted against the antinomian spirit he discovered among the soldiers of Cromwell’s army, while he served as a chaplain. Baxter believed the doctrine of justification by faith alone on the basis of of Christ’s righteousness was the root error among the antinomian soldiers, and he wrote Aphorisms of Justification, partly to correct that error.  In response to scathing criticisms from the Reformed orthodox, Baxter wrote Of Justification in 1658, which contained four disputations on justification. Consider the following quotations from Baxter’s second disputation.

Disputation 2 – “Whether works are a condition of justification and whether we are justified by works as such a condition?”

1. Justifying faith comprehends all that is essential to our discipleship.

“The gospel promises justification to all that will believe (or are believers). To be a believer and to be a disciple of Christ, in Scripture sense, is all one, and so is it to be a disciple and to be a Christian: therefore the sense of the promise is, that we shall be justified, if we become true Christians or disciples of Christ; and therefore justifying faith comprehends all that is essential to our discipleship or Christianity as its constitutive causes” (Of Justification 77).

In other words, Baxter affirmed that faith involves all the acts of faith included in Christian discipleship. Repentance, love for Christ, obedience to His commandments are all comprehended in justifying faith.

2. We are not justified by faith alone, but also by our love for Christ and inherent righteousness.

“It is not therefore any one single act of faith alone by which we are justified, but it is many physical acts conjunctly which constitute that faith which the gospel makes the condition of life. Those therefore that call any one act or two by the name of justifying faith, and all the rest by the name of works; and say that it is only the act of recumbency on Christ as Priest, or on Christ as dying for us, or only the act of apprehending or accepting his imputed righteousness, by which we are justified, and that our assent, or acceptance of Him as our Teacher and Lord, our desire of Him, our love to Him, our renouncing other Saviors and our own righteousness are the works Paul does exclude from our justification, and that it is Jewish to expect to be justified by these though but as conditions of justification; these persons do mistake Paul, and subvert the doctrine of faith and justification, and their doctrine tends to corrupt the very nature of Christianity itself” (Of Justification 77-78).

Some of what Baxter says here is correct. I agree with Baxter that justifying faith trusts Christ in all three of His offices: Prophet, Priest, and King.

In another place, Baxter made it clear that he believed Paul only denied justification by legal works, but not by evangelical works. Baxter wrote, “Works in Paul’s sense are such as make the reward to be not of grace, but of debt,” (65) and “Works in Paul’s sense are such as stand in competition with Christ, or at least, would be co-partners with him in a co-ordination” (69). Therefore, Paul, according to Baxter, does not exclude the faithful works of Christian obedience from justification.

3. A Christian’s obedience is necessary to remain justified.

“As to the question therefore whether justification be losable, and pardon reversible, I answer, that the grant of them in the covenant is unalterable; but man’s will in it self is mutable, and if he should cease believing by apostasy, and the condition fail, he would lose his right and be unjustified and unpardoned, without any change in God. But that a man does not so de facto is to be ascribed to election and special grace” (Aphorisms 203).

Baxter, therefore, taught that justification is by Christian obedience, which must be continued until the end, or else, the Christian will lose his justification, proving that he was never one of the elect.

“We ought to keep clean from all errors, but especially such as are capital ones. I am afraid many good Christians are not sensible of the sad danger they are in. I cannot see but that the doctrine some men strive to promote, is but little better than Popery in new dress. Nay one of the worst branches of it too, shall any who pretend to be true preachers of the gospel, go about to mix their own works or their sincere obedience with Christ’s righteousness, nay, to put their obedience in the room and place of Christ’s obedience, as that in which they trust and desire to be found? Let me exhort you all to stand fast in that precious faith you have received; particularly about this great doctrine of justification, give yourselves to prayer, and to the due and careful study of God’s Word” (The Marrow of True Justification 17).