We Worship Better than You Do 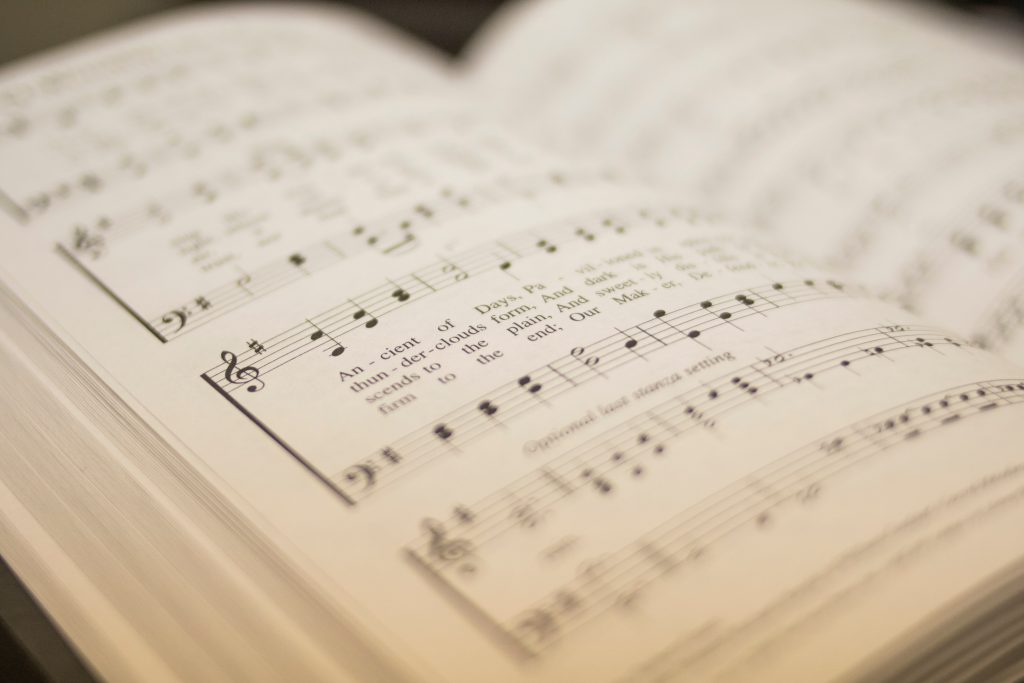 It is a mystery as to what would motivate a Christian leader to make an unprovoked attack on the conscientious, and highly competent, ministry of fellow believers. That is exactly, however, what happened in a recent post titled, “The Pathetic State of Music at Southern Baptist Theological Seminary” by Jonathan Aigner. It was uncharitable, unfraternal, caustic, sarcastic, and filled with pompous superiority. I am not saying that Mr. Aigner is that kind of person, but the fruit he bore in that article had all of those traits. He had not read the syllabi, by his own admission, but knew what was in the courses and could surmise that they were infantile in their academic worthiness. Of course, he probably has never heard the a cappella ensemble directed by Chuck Lewis. Their harmony is close and impeccably executed, their demeanor is reverent and joyful, their voices are trained and naturally textured to present a virtually symphonic feast of vocal worship. We can overlook his ignorance because he has not been on campus when the Seminary Chorus presented John Rutter’s Gloria. Lovely presentations by the Women’s chorus he probably would consider far beneath his level of musical ingenuity and thus unworthy of being considered as real music. He has not heard any of the recitals nor made himself acquainted with the range of repertoire presented in those required performances by students. Nor has he heard music presented by the Seminary orchestra under the leadership of Joe Crider. According to Aigner, Crider and Lewis are the music felons leaving the crime scene at Southern to create musical havoc at Southwestern. It is amazing how perceptive Mr. Aigner must be to see behind the carefully developed stewardship of gifted individuals into a destructive result. What he has so perceptively discerned as a dissolution is the antithesis of the skilled labor joined with long experience, theological commitment, biblical-groundedness, an internalized sense of the privilege of worship, real musical expertise, love of the brethren, hard work, compassion, optimistic but realistic evaluation of resources, and relentless encouragement. Every church and school should covet such “destruction” and “overhaul.”

Crider also has been worship pastor at LaGrange Baptist church for the past four years. I attend this church and have been in the choir all of his time there. He came after the church had experienced some internal trauma and division over the music style, possessiveness, and general confusion about its place in the overall corporate worship experience. Very quickly he defined the place of music as elemental to the time of worship in the framework of a word-centered, doctrinally driven obedience to the New Testament standard of speaking to one another, teaching and admonishing one another, singing with gratitude, with the heart as well as the mouth, expressing these encouragements and doctrinal affirmations in a variety of musical settings. The word of Christ dwells richly within us as we admonish one another. We have grown from being half-hearted in this necessary congregational activity of worship to be a fully-engaged singing church. We express truth-grounded lament, joy, confidence, devotion, doctrine, experience, confession, affirmation, and perseverance in the mode of a variety of musical styles. And while as heirs of the most advanced part of Puritan dissent we do not have a set liturgy, we do believe in order in a word-centered context of worship. Dr. Crider has developed an integrative scheme to worship called “Scripture-guided worship.” It is a formalization of what is basically instinctive to every Word-centered Reformed pastoral worship leader. It engages the Regulative Principle in the massive variety provided in Scripture itself for an orderly, but ever various, form of worship. It develops the analogy of faith and the full range of canonical truth around the biblical text for the sermon by ordering worship along the lines of a parallel passage of Scripture. His regular application of this guiding principle has made our time of corporate worship filled with both instruction and corporate testimony, reverence and truth-guided exuberance. I hope that he is able to influence every worship leader in the southwestern part of the United States in this principle while at the same time he, with the other faculty members, are commissioned to advance the talents and skills of their students.

Surely one can see that Mr. Aigner’s complaint against too much Bible, doctrine, Baptist heritage, and evangelism must be purely an esoteric recoil on his part. He still feels the repression of Baptist biblical conservatism. He has escaped its clutches. He is condescending, and frankly unsympathetic what was at stake in the Conservative Resurgence, and uses quips concerning it to criticize Crider and Lewis. All of his negativity, however, does not arise from ignorance but from real disagreement with the doctrinal and ecclesiological stances taken.

I must confess that I agree with much of what he says in many of his blog posts and embrace the theological and poetic beauty of hymns he often quotes. But surely he would agree—would he?—that music in the church cannot be too deeply grounded in the faith once delivered to the saints. Those responsible for leading the congregation to affirm the faith in song must have a robust, informed, biblically-sound, historically grounded, systematically expressed understanding of what we say to each other before God as a matter of truth-induced testimony. That is far up the scale of biblical warrant from having a trained organist. It is something good for every church, not just those who can afford exquisite musical instruments or fully resonant architectural arrangements in the place of corporate worship. While some worship surely is not good, this is not based on certain esoteric standards of musical taste. There is worship according to the regulative principle and there is “will worship.” Within the regulative principle a variety of styles, capabilities, levels of training, and personal tastes are acceptable.

From the time I was five, I have sung in choirs. Vocal ensembles, opera, recitals, musical comedy, operetta, concert choirs, piano, trombone, a minor in music with an emphasis in theory and voice have punctuated my life along the way. I attended SWBTS for both the M Div and the Ph D, taught there for six and one-half years and made it a practice with my wife to attend as many of the musical events as we could. Robert Burton and James McKinney were superb in their field and C. L Bass was one of the most talented composers and arrangers that Southern Baptists have produced. Margaret and I went to college with Jerry Aultman’s sister who still is an active church musician in her own right. CL Bass and I used to travel to churches for a variety of banquets to provide entertainment. He composed at the piano on the spot musical renditions of people’s phone numbers. I loved the selection of music done both in chapel and for concerts. Our churches should be familiar with the full range of music produced by Christians through the centuries as an expression of faith in biblical truth put to sound in the exploration of the exquisite harmonies, rhythms, melodies, modulations, and tonal textures resident in this virtually inexhaustible created order—the music of the spheres. Some of it is for worship in the church; some of it is more suitable for concerts; we should learn to appreciate as much of it as possible. Under the leadership of Crider and with the aid of Lewis, SWBTS will not lose any of the expertise of that heritage, while it is true they will intensify the focus on those parts of the musical corpus that can increase participation throughout the entire congregation.

We have tried making our seminary music schools music conservatories. We achieved a degree of success and respect from non-religious institutions and professional performance artists. That was done often, however, by sacrificing the usefulness of such trainees in the churches. Baptist participants who joined in the screed –”Personnel who oversaw the destruction of the Southern Seminary music program, Joe Crider and Chuck Lewis”—against these talented, knowledgeable, church-centered theologically sound musical scholars should reconsider both their alliance and their failure at fraternal encouragement.

In the end, our propensity to carp, criticize, and posture ourselves as superior in matters of worship (!) will come to an end. Then, all those who by divine grace have been “victorious over the beast and his image, and the number of his name” will stand together holding “harps of God,” focusing solely on the one who gave them the victory and singing together the “song of Moses . . . and the song of the Lamb, saying:

Great and marvelous are your works,
O Lord God, the Almighty;
Righteous and true are your ways,
King of the nations!
Who will not fear, O Lord,
And glorify your name?
For you alone are holy;
For all the nations will come and worship before you,
For your righteous acts have been revealed.