What was Missing from Caring Well 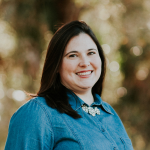 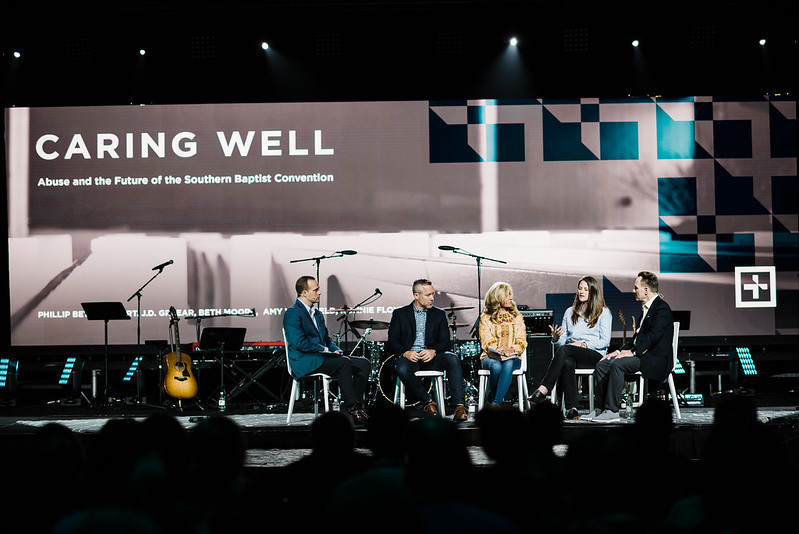 At the age of 25 I was sexually assaulted. I say this first not because it is a club membership that I particularly flaunt, but because establishing oneself as a victim seems to be the permission slip needed if one wishes to be granted the right to speak on the topic of sexual abuse.

This past weekend I attended the ERLC’s National Conference—Caring Well: Equipping Churches to Confront the Abuse Crisis. It was easy to appreciate the hard work that clearly went into preparing this event. From the location and vendors, to the inclusion of survivor stories and the prayer room available throughout the weekend, the organizers did an excellent job of setting the stage for a topic of great importance. Southern Baptist churches could benefit greatly from thoughtful conversations about how we deal with abuse. However, as the event concluded Saturday morning, I was left with the unsettling feeling of something missing from the discussion. Upon reviewing my notes, I realized several key things were absent: a focus on the Gospel, a promotion of truth, and a reliance on Scripture to equip the church.

The Gospel is big enough to deal with real sin

Amid numerous calls for justice and repentance, there was little direction to the work of the cross. Abuse is sin. Covering up abuse is sin. Lying about abuse is sin. And at the cross sin meets its defeat. This is the bedrock of what we believe. It is the work of Jesus on the cross that gives us the power to deal ruthlessly with sin in our lives. This is the hope that every pastor, children’s ministry leader, Sunday School teacher, parent, survivor, advocate, and average church member needs to understand. If we don’t dig deep into what happened at the cross, then all the tools we may use to fight against the sin of sexual abuse become impotent. Of what eternal good is legal justice without the gospel?

Peter makes this clear in his first epistle. In the first chapter, he begins with a magnificent rehearsal of the gospel.

Blessed be the God and Father of our Lord Jesus Christ! According to his great mercy, he has caused us to be born again to a living hope through the resurrection of Jesus Christ from the dead, to an inheritance that is imperishable, undefiled, and unfading, kept in heaven for you, who by God’s power are being guarded through faith for a salvation ready to be revealed in the last time (1 Peter 1:3-5).

Peter refuses to assume the gospel, even though he is writing to believers. He takes time to lay the foundation because it is on that basis that he will call them to repentance and change (1 Peter 2:1). It is only after reminding Christians just who their Savior was that he issues the challenge for them to prepare their minds for action (1 Peter 1:13), to be holy in all their conduct because God is holy (1 Peter 1:15), to purify their minds and love one another earnestly with pure hearts (1 Peter 1:22). And why? Because “you have been born again, not of perishable seed but of imperishable, through the living and abiding word of God” (1 Peter 1:23).

The Gospel frees us up to pursue holiness and to deal with the ugliness of sin with steely-eyed determination because Jesus has already conquered sin and death and the grave in our place. Without the gospel, or when the gospel is simply assumed, all other tools we may use to fight against sexual abuse in the church are empty. We need the gospel desperately. I wish I had heard that clearly stated by the ERLC speakers at the Caring Well Conference.

Throughout the conference, attendees were reminded again and again that their primary role in dealing with sexual abuse was to listen and believe those who bring allegations. On the surface, this seems like the compassionate and proper response to those who have been abused, and from one perspective, it is. God calls us to have compassion on those who have been sinned against, particularly those who cannot help themselves. Jesus sets the ultimate example of this, welcoming little children, honoring women, touching lepers. The church must emulate our Savior as we care for those who have been wounded by the sin of others.

But being compassionate towards the wounded is not the completion of our mandate. We are also called to be sober minded, and to recognize that we have an enemy who delights in deceit, cover-ups, and lies. In contrast, our Savior names Himself “the truth” and as His people, we are to place high value on the pursuit and defense of truth. If we are to care well for those who have been abused, then we will help them to pursue and defend truth, knowing that, in Christ, we have nothing to fear from the truth.

Various speakers offered excellent advice on practical ways to do this—from recognizing the need (and often legal mandate) to report allegations of abuse to creating a culture of honest conversations on hard topics with our children. However the dangerous practice of complete belief of a report without questioning any aspect was also widely trumpeted. When we accept the instruction to believe all victims unconditionally, we buy into the lie that there is only ever one side to a story. The book of Proverbs offers some wisdom here (“The one who states his case first seems right, until the other comes and examines him” 18:17) and Jesus clearly lays out a process of dealing with sin that includes having “every charge…established by the evidence of two or three witnesses” (Matthew 18:16).

Allegations of sexual abuse in our churches should be treated compassionately, swiftly, and seriously, but always with an eye for the truth. When what is reported is a crime then proper governmental authorities should be involved, as Peter clearly instructs.

Be subject for the Lord’s sake to every human institution, whether it be to the emperor as supreme, or to governors as sent by him to punish those who do evil and to praise those who do good. For this is the will of God, that by doing good you should put to silence the ignorance of foolish people (1 Peter 2:13-15).

Such allegations should also involve the process of pursuing church discipline, which necessitates seeking the truth. That’s not often comfortable. But we are not called to be comfortable, and our desire to care well for the abused can not be allowed to override the pursuit of truth and justice. SBC President JD Greear has called for churches to “err on the side of the protection of the abused.” While his motive is commendable, if we understand that the abused are always best served by truth, wouldn’t it better—if we must err—to do so while seeking truth?

The Church is equipped

Perhaps the most unsettling aspect of the Caring Well conference was the pervasive theme that the church should stay in her lane. You are not equipped to deal with this, those on the stage explained. We don’t have enough women in leadership to deal with abuse well. Pastors are not equipped even to choose the correct organization to help with training against or investigating an abuse allegation. We must leave such things as counseling to the professionals.

It is as if we are supposed to think this is a new problem. As if the Corinthian church wasn’t rife with sexual abuse and sin. As if the New Testament was written in a vacuum, outside the context of rampant sexual debauchery in the Roman culture. It’s simply not true.

While there is an important role for those with specialized training—doctors, lawyers, law enforcement, counselors—they must not replace the central place of the church in dealing with sexual sin. It is breathtakingly arrogant to act as if the wisdom of men can take the place of the Word of God revealed in the Scripture. God’s word is powerful and it makes no small claims about that power. “All Scripture is breathed out by God and profitable for teaching, for reproof, for correction, and for training in righteousness, that the man of God may be complete, equipped for every good work” (2 Timothy 3:16–17).

God has given His people His word and it must form the foundation of the church’s care for those impacted by sexual sin. While practical training and tools are part of God’s good gift to us, the church cannot abdicate her job of standing against sin and bringing the hope of the gospel to those whose lives have been wrecked by it. I wish someone had called for the church to stand on the Word and take an active role in discipline and counseling rather than simply getting out of the way.

The best sessions of the conference were those giving practical advice on recognizing grooming behaviors and screening church volunteers as a way to protect against sexual abuse occurring at a church. The Christian lawyers from Ministry Safe did a better job of offering tools to the church without attempting to supersede her authority and role than did any pastor or advocate who took the stage. Had such excellent practical training been coupled with a serious consideration of the power of the Gospel, a call to holiness and truth among the people of God, and a firm reliance on the Scripture as valuable in preparing the church to respond to abuse, then this conference would have truly fulfilled its goal of equipping churches to confront the abuse crisis. Unfortunately, this wasn’t the case—and this sexual assault survivor left much more concerned about the SBC’s ability to help churches care well. 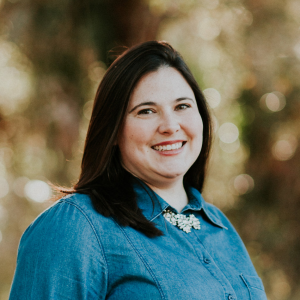 Sarah Ascol resides in College Station, Texas. Sarah is a Christian, writer, teacher, auntie to 15, pastoral assistant at her church and Administrative Assistant for The Institute of Public Theology.
AUTHOR ARCHIVE