Whatever Happened to Mercy Ministry? 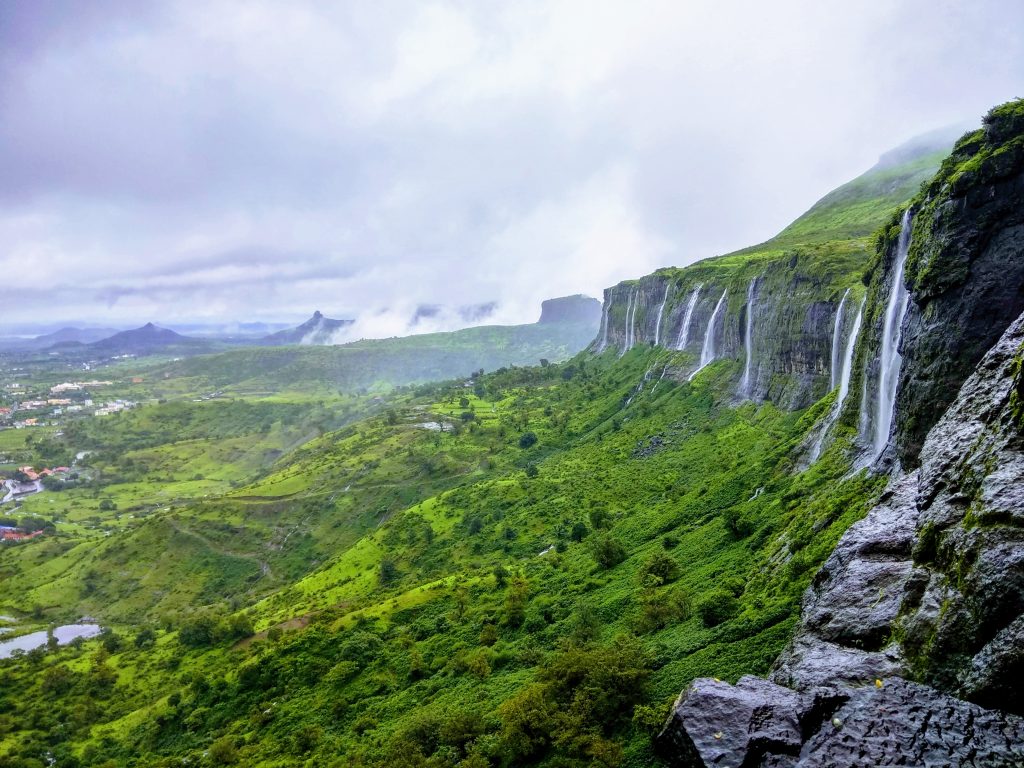 The so-called culture war is largely a battle over the dictionary. Control the language, control the conversation.

Bible-believing Christians know that words have meanings. We are shaped in our spiritual lives, after all, by a Book—by texts.

Given this reality, it is alarming how quickly buzzwords fall in and out of vogue in the evangelical subculture. We insist upon the unchanging character of truth while riding culture’s coattails, adopting whichever catchphrases rolling through the broader discourse are gathering the most moss.

Slogans sampled from the popular lexicon, of course, die off as quickly as they appear. Church marketing terms like “relevant” and “authentic” have largely gone the way of the 8-tracks and CDs. Others take on a life of their own. There is usually a pattern: the structuralists end up clashing with those using secular terms, others try to appropriate the terms with a Bible-y sort of nuance, and both camps recoil at the liberals who want the secularists’ terms and categories.

Amidst the pattern, we forget to ask better questions, like, What term does the Bible use for this topic? Why did we stop using it? or simply, What were we calling this phenomenon before last week’s trending hashtag, anyway?

We must ask these probing questions because, again, definitions matter. For proof, we need look only to our own time, when Christians have all but lost the current conflict with the moral rebellion by largely staying silent while secularists whitewashed “baby murder” as “terminating a pregnancy” and euphemized “sodomy” as an “alternative lifestyle.”

The cost of caving on the dictionary is that we undercut the very language Scripture gives us. The Bible, after all, makes clear value statements about social issues. The biblical authors are pretty good at saying this is good, that is bad. But these same Scriptures come out all contorted and muddled from the pulpits of bookish, leftist preachers turning critical theorists loose on those pesky Pauline vice lists.

We insist upon the unchanging character of truth while riding culture’s coattails, adopting whichever catchphrases rolling through the broader discourse are gathering the most moss.

Why all this talk of definitions? I’d like to hone in on the evangelical debate du jour: the ongoing kerfuffle over “social justice.”

I’ve already outlined the reasons I signed (but almost didn’t) the statement from MacArthur, et al., but I’ll summarize here: social justice clearly has various technical and non-technical uses—the latter I’m fine with, but the former I’m not. For many evangelicals, “social justice” simply describes God’s standards of justice in the social sphere. But the term has significant political baggage of the leftist sort. And while I’m optimistic enough to say that Christians ought to pry the term “social justice” from the fingers of Frankfurt-types, there is an awful lot of work to do first in terms of re-educating our own churches on biblical standards of justice from both testaments. I’m quite alright with the justice baby, so long as we find a place for all this social bathwater.

But rather than rehashing the debate over the particular expression, we ask those fundamental questions. What terms, biblical or otherwise, were we using before “social justice” came to describe the Christian posture towards everything from racial prejudice to abortion?

Didn’t we used to call this stuff mercy ministry—acts of compassion?

Hear me—I’m not saying Christians shouldn’t speak of “justice.” “The LORD loves justice” (Psalm 37:28). Our silence on the subject has paved the way for leftism to creep in, since nature abhors a vacuum—not to mention our culpable silence on abortion and other grave injustices. Jesus, who presently reigns as Lord over every society from heaven, is He who “will bring forth justice to the nations” (Isaiah 42:1). And in terms of our social responsibility as believers, the concepts justice and mercy aren’t always opposites; in fact, Scripture in often equates them (see Micah 6:8).

But why the switch to social justice away from mercy ministry? What, if any, are the differences, and what are the pitfalls? Are we witnessing a bait and switch?

The Myth of Entitlement

Speaking of benevolence as justice undoes the notion of acts of neighborly compassion as uncoerced and private. Justice frames the issues in terms of ought—not only the “ought” of individual charity, but public policy. Whereas before mercy compelled you to offer your lunch to a hungry, homeless individual, now unless the government strong-arms you into forking over the full contents of your kitchen, you are an oppressor—especially if the homeless person scores more intersectional points than you.

The problem of entrapping charity in the “ought” language of justice is that it can betray a critical ignorance of Scripture’s stance on what sinful human beings essentially deserve. Simply put, Christians of all people should know that we don’t really want justice. “If you, O LORD, should mark iniquities, O Lord, who could stand?” (Psalm 130:3). Ultimate, divine justice would rightly consign us to Hell—the only thing to which rebel image-bearers are truly entitled.

We may claim all this talk of justice is gospel-driven, but the result of the gospel is that we are radically reoriented towards acts of free grace and compassion, not only towards justice in the abstract, punitive sense. By that I mean that the gospel does not merely say to us “be just” but actually justifies. Christ, having drank the full justice of God in our stead, causes the mercy of God to overflow for us. “Christ also died for sins once for all, the just for the unjust” (1 Peter 3:18, emphasis added). And having been freely justified, we are free to live justly in the world. The freeness of the church’s just acts in society flows from the freeness of her justification. Grace begets gratitude, which begets more grace. So, the word “mercy” rightly gets at the freeness of God’s grace towards us as well as the freeness of our good works towards others.

If we move private acts of social compassion and mercy to the realm of government-enforced “ought”, I wonder what spillover effect such thinking will have on the grace of God.

Having been freely justified, we are free to live justly in the world. The freeness of the church’s just acts in society flows from the freeness of her justification.

The Role of Government

This brings us to the role of the civil government. A positive effect of the social justice language shift is that at least evangelicals other than Jerry Falwell are talking about government again.

For all this talk decrying the politicization of the church, it’s frighteningly easy for dichotomist, two-kingdoms thinking to slip in and divert Christians from their civic obligations.

Scripture is far from silent on the issues of injustice and civil government. Romans 13 and its parallels teach us that even the most ungodly magistrates are divinely ordained to restrain evil and enforce the rule of law.

The negative effect, however, is that we’ve swallowed a horse-pill of worldly logic about state responsibility. Whose standard of justice is government to embrace, anyway? When Scripture defines how government enacts justice in the social sphere, the starting point is God’s unchanging moral law. When Isaiah describes the reign of Messiah, we are told, “He will not grow faint or be discouraged till he has established justice in the earth; and the coastlands wait for his law” (42:4, emphasis added). That means for King Jesus, global justice means governing with God’s law.

This means that moral laws like “Thou shalt not steal” (see Exodus 20:15) applies to the state too, even if their theft is in the name of welfare. It flies in the face of a view of the state as the ultimate charitable benefactor. And when the prophets apply the law of God to tangible oppression happening in society, the civil government’s job is to correct the injustice by punishing theft and robbery (e.g. Jeremiah 21:11-12). There are no Robin Hood ethics in the Old Testament.

Mercy is the vocation of the church, while justice is the domain of the state. Yes, the church has slacked. Biblical diaconates and truly robust benevolence programs are all but nonexistent in many churches. But if we smuggle statist categories into the church, we will conflate the missions of the two institutions and effectively excuse the church from being the church while putting the yoke of charity on the shoulders of impotent bureaucrats. As Toby Sumpter recently said (far more succinctly), “If mercy and compassion are taken up into our definition of justice, then health and welfare have been smuggled into the state.”

Let’s be unafraid to ask the hard question of why “mercy ministry” is out and “social justice” is in. When we say “justice,” let’s be clear that the only true justice for anyone is immediate damnation; anything short of that is mercy from God. Let’s also be clear that we’re talking about the church’s charitable obligations; government is to be the bearer of the sword, not the filler of pots and garages.

This too is mercy. Christ, our sin-bearer, endured justice for us so we could receive grace. You might call Him the ultimate social mercy warrior.

(Note: Doug Wilson first made this observation about the shift away from the term “mercy ministry” on a recent podcast, so he is to be credited with the idea for this article.)