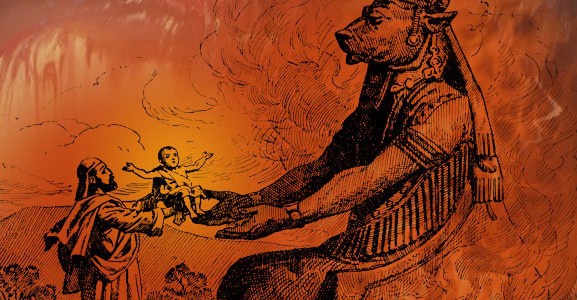 This article was originally posted January 2019

The current social justice movement is proving to be a haven for hypocrisy by many who are calling for repentance by white evangelicals for racism. Not necessarily personal racism, mind you, but racism nonetheless as it permeates society both institutionally and systemically. That’s the charge—that white evangelicals have perpetuated the sin of racism throughout society by upholding systems that have perpetuated it. One of the most prominent of those systems is national politics. As sociologist Michael Emerson put it, the election of Donald Trump was the single greatest blow to racial reconciliation among evangelicals in the last three decades.

It is both fascinating and infuriating that this same reasoning is not applied to what is indisputably the greatest social injustice in our society. The holocaust that is abortion has become so commonplace that social justicians (to borrow Darrel B. Harrison’s term) often get upset at the mention of it when they are crusading for their own particular justice issue. This is doubly infuriating when that issue is racial injustice, because over one-third of all abortions in America murder black babies. Yet I can make a much stronger case for systemic Molechism than any I have seen for systemic racism (Note: Molech was a god of the Ammonites who required child sacrifice; see Leviticus 18:21; 2 Kings 23:10, etc.).

Think about it. Sixty million babies have been legally murdered in our nation since 1973. The current rate is over one million each year. Politicians like Barack Obama—the most pro-abortion United States President in history—and Hillary Clinton—who would have bumped Obama into second place had she been elected in 2016—have done more to sustain and increase this holocaust than any of their colleagues.

Despite that gruesome reality, Christian leaders have supported Obama and Clinton and encouraged their election to the highest office in the nation, all-the-while claiming to be advocates of “social justice.” What kind of justice is it that allows a Christian blithely to promote and encourage murderous politicians? I don’t have an answer to that question, but I do have this firm conviction: you can keep that perverted form of justice to yourself. I want nothing to do with it.

Today social justicians indict evangelicals for being complicit in the “systemic racism” that has infected this country from before its constitution to the present. This is done by first assuming that systemic racism exists today (though acknowledging that it has changed forms over the years) and then judging guilty any Christian who supports or even refuses to condemn those (especially politicians) who are part of the systemic problem.

Here is an example of how it works:

I reject the argument for multiple reasons, but in order to avoid confusing the issue, let me grant it for the sake of my point, which, by way of reminder, is that many of the most vocal social justicians are hypocritical in the way they pursue what they call justice. While condemning evangelicals for being complicit in systemic racism based on the above argument, they fail to see this same reasoning exposes their own complicity in sustaining and promoting a culture of death.

Their hypocrisy becomes apparent when they are held to their own standards.

Here is what I mean:

Now, I reject this latter argument for some of the same reasons I reject the former. But, I would insist that those who employ the former have the latter applied to them for the sake of consistency or, shall we say, justice.

This is why the accusation that all or most evangelicals are complicit in the sin of racism falls flat when it comes from those who have fawned over Barack Obama or advocated the election of Hillary Clinton.

You know, goose—gander. Or, to quote Jesus, “With the judgment you pronounce you will be judged, and with the measure you use it will be measured to you” (Matthew 7:2). I don’t trust myself enough to come up with my own standards to make judgments. Consequently, I am very satisfied to use those which God has revealed in His holy law. Anyone who can help me understand and apply His law to the important social issues that confront us will help me immensely.

But those who make up their own standards to use on others but not themselves are not only unhelpful, they are also hypocritical.