Which is the most pressing issue in the SBC today? Sexual abuse or the Bible’s teaching about manhood 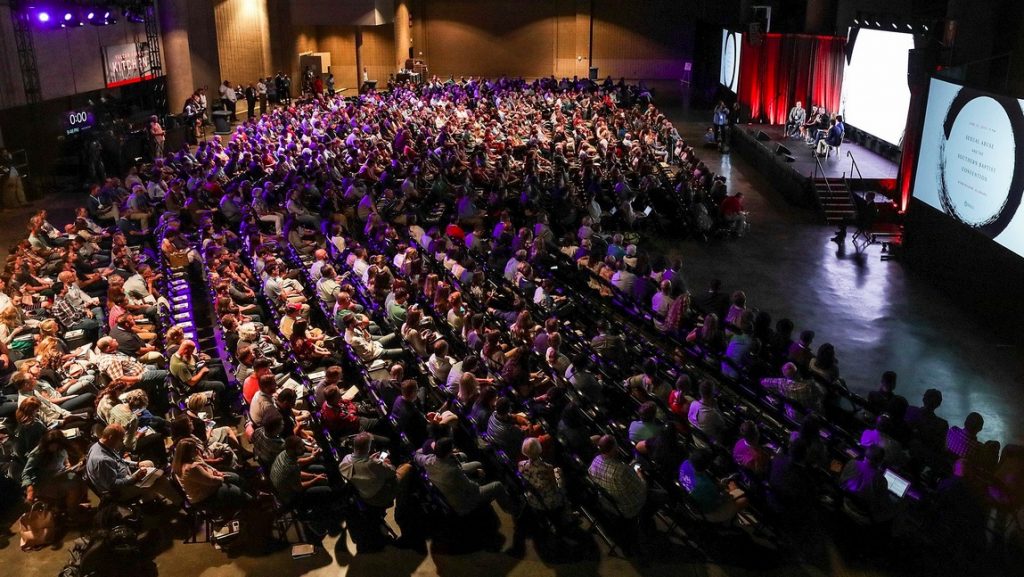 Sexual abuse is both a sin and a crime, and it causes lifelong consequences in those who are abused. The fact that a vast number of cases of abuse have been mishandled and covered-up among the churches of the SBC is inexcusable. Though media outlets have reported approximately 700 cases of sexual abuse, I believe the number must be much larger, given the fact that this crime hides and so many cases go unreported. For those reasons, I believe that sexual abuse is the more serious issue in the Southern Baptist Convention today. I’m glad for the recent emphasis on this subject at the 2019 SBC. Churches need to understand what abuse is and that instances of abuse must be reported to the civil authorities and abusers should be disciplined by the church. Sadly, I am not aware of any significant emphasis on church discipline at this year’s convention. And there is no way to protect victims of abuse adequately without both exposing the sin and disciplining the abuser.

Some have asked why there should be any conversation about the nature of biblical manhood, given the recent revelations of crimes of sexual abuse in the convention. The answer, I submit, is twofold.

First, true biblical manhood is part of the solution to sexual abuse. A man who abuses his wife and/or children is not a biblical man at all. In a culture that conflates manhood and womanhood, we need to recover and teach the true nature of biblical manhood. Godly men are men who take the lead in protecting and providing for their wives and children. Godly men are those who stand up against abusive men and bullies. They are willing to put their very lives on the line to defend women and children. The Feminist solution, which says that the answer to sexual abuse is to make men softer, more like women, so that they won’t abuse women, is no solution at all. What we need is godly men who bear the fruit of the Spirit: love, joy, peace, patience, kindness, goodness, faithfulness, gentleness and self-control. We need men who gladly sacrifice themselves in the service of Christ, His truth, and other human beings made in God’s image. [Edit: We need men who refuse to be soft on their own sin and temptation to abuse, but who discipline themselves for godliness in the Lord Jesus Christ, and oppose the evil that is in their hearts, putting on love and compassion.]

Second, Feminism has been trying to leverage the sexual abuse of women to advance its unbiblical agenda. It is wrong for Feminism to try to capitalize on such a terrible sin to undermine the teaching of Scripture. The Feminists have created an environment that attempts terrorize anyone who would dare suggest that their solutions to the evils of abuse are wrong. And what are the Feminist solutions to abuse? They say, “We need to listen to women and empower them.” But they don’t just mean we should hear the insights of women and learn from their experiences, something that we must be doing and that I highly recommend. “Listening” to women, according to Feminism, means “believing them without question,” since they are minorities and have a perspective that the oppressor classes can’t understand (critical theory). “Empowering” women means putting them into positions of authority within the church (critical theory). And this, according to Feminism, is the principal solution to abuse in the church. But does this solution come from a biblical worldview? No, for several reasons:

First of all, women in authority have the capacity to abuse their authority, and cover-up abuse, just like a man. Women are sinners, just like men (Rom 3:23). There is quite a large percentage of abusive women, something not often discussed. Abusive women rival their male counterparts.

Secondly, it’s wrong to say that men in authority are absolutely blind to the dynamics of abuse simply because they are men. The notion that men can’t see abuse comes from the Feminist narrative of the “patriarchy.” Feminism teaches that men in power are evil by nature, and they are incapable of seeing and addressing abuse adequately. Feminists think that you have to break up the patriarchy by elevating women to positions of power in order for there to be true justice for women. But this is not true. There are godly men who are quite capable of seeing abuse, addressing it, and protecting the victims of it. In fact, the only men who are biblically qualified for leadership in the church are the kinds of men who can identify abuse and know how to deal with it biblically.

This is why in our current cultural environment, we need to address both sexual abuse as well as biblical manhood and womanhood at the same time, though it is highly counter-cultural to do so. The two issues are inextricably linked.

I am very thankful for the emphasis on sexual abuse at SBC 2019. In those matters where the prevailing cultural ethic agrees with the biblical ethic, Christians must never fail to proclaim and live in accordance with the teaching of the Bible, or else the world will rightly see us as hypocrites. But the harder thing to do is to speak to those biblical and ethical truths that the culture abhors, such as the Bible’s teaching on manhood and womanhood. The church can and must do both.