Will The SBC Do The Wade Burleson? 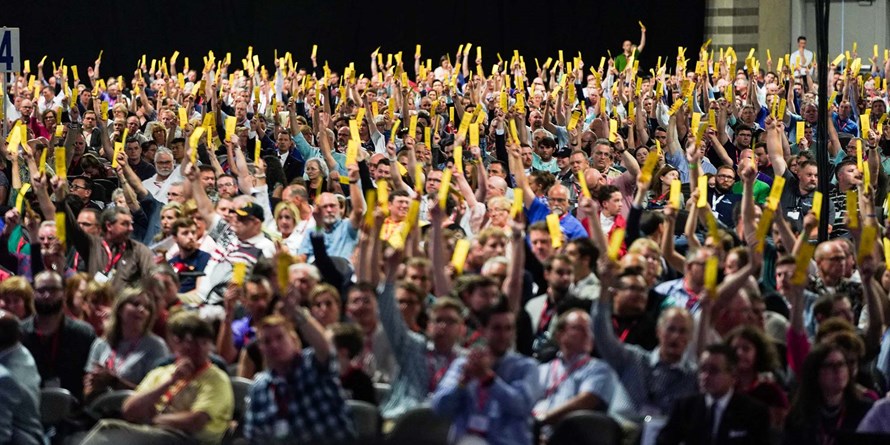 Things have gotten quite serious in the Southern Baptist Convention. Al Mohler recently tweeted, “We have reached a critical moment in the Southern Baptist Convention when there are now open calls to retreat from our biblical convictions on complementarianism and embrace the very error that the SBC repudiated over 30 years ago. Honestly, I never thought I would see this day.”

I’m concerned that whatever comes in the days ahead for Southern Baptists, we give an accurate answer to the question, “By what standard?” There are some in the SBC who are not as concerned with the question as they ought to be. And they have the potential to lead others astray. Keep in mind that they won’t do this with a big sign saying that they are doing it. They will do this while trying to maintain the moral high ground.

Such a strategy is embodied in a recent post by Wade Burleson. Wade recently charged three highly respected men in the SBC, men who have significant track records of faithfulness, and speaking the truth in love, with bullying Beth Moore. Those men are Al Mohler (President of Southern Seminary), Owen Strahan (Theologian at Midwestern Seminary), and Tom Ascol (President of Founders Ministries). His rebuke included language indicating they had “denigrated” and “shamed,” conducted themselves with “hostility,” antithetically to “Christian living,” and called Beth “an enemy.” He used snide remarks like “pick on me” (not Beth).

Anyone reading Wade’s piece would think these men have indeed bullied Beth Moore.

What really happened? The three men expressed concern that Mrs. Moore cited Roy Honeycutt on women in ministry and that she presently advocates women preaching in our Lord’s Day worship gatherings.

Here they are in their own words. Compare this to Wade’s charges listed above: 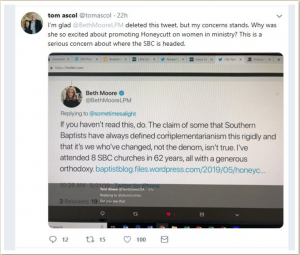 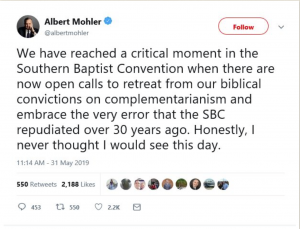 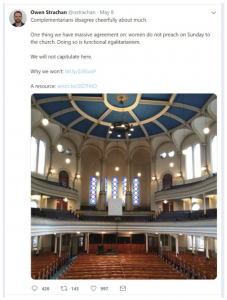 I have no doubt people have been mean to Beth Moore, bullied her, and done all the things that Wade mentions. I grieve that she has received such harsh responses. I gather from watching at a distance that she’s a strong lady and can take it. I’ve been on the receiving end of some of her playful banter. Upon posting our podcast stating women should not preach on the Lord’s Day, she replied with: 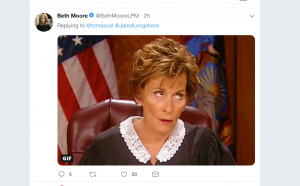 Playful banter aside, there are those who have truly bullied, denigrated, and abused. But these three honorable men did not do anything close to that. I trust the vast majority of Southern Baptists will see right through Wade’s ways. But we do have to keep watch as in times of conflict many will try to grab the moral high ground while abandoning biblical definitions.

The truly sad aspect of what Wade has done is that by falsely accusing others of “denigration” and “bullying,” he makes it easier for people to do just that. When you forsake biblical definitions of abuse and hostility, then you make it harder to stop abuse and hostility. And this is no time for the SBC to be doing such a thing.

In the days to come, when someone asserts that another is “mean,” “ungracious,” “unwise,” “unhelpful,” “misogynistic,” “unChristlike,” “a troubler of Israel,” “unloving,” “unkind,” “too punchy,” “bullying,” “enabling abuse,” etc., then examine such a charge closely in accordance with Holy Scripture. A person might be accurate with such a charge, or he might just be doing the Wade.