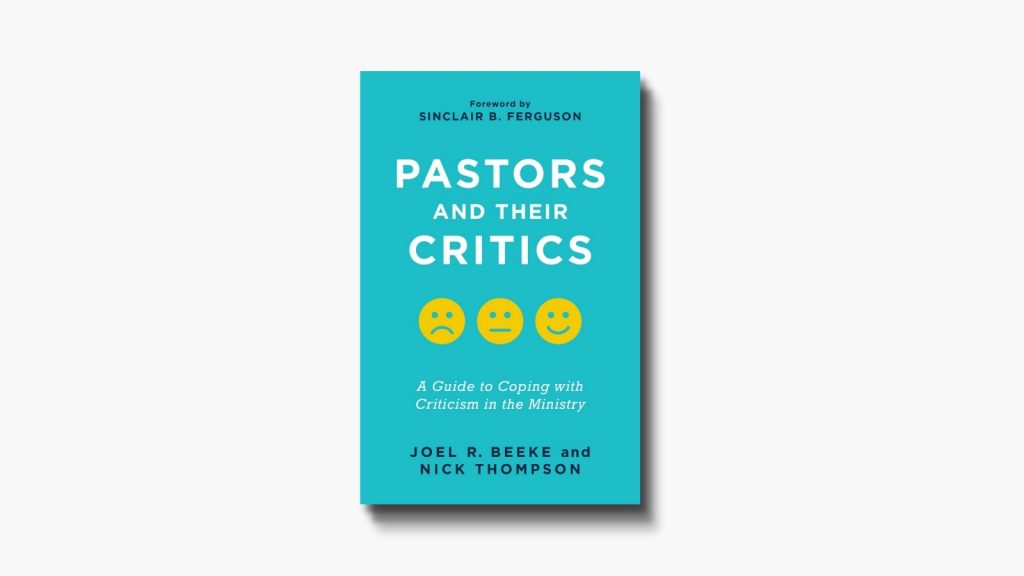 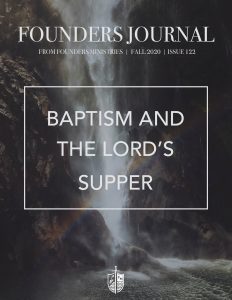 Pastors and Their Critics: A Guide to Coping with Criticism in the Ministry (P&R, 2020) by Joel R. Beeke and Nick Thompson.

It could be written out as an axiom: Every man who spends more than a week as pastor of a church will face criticism.

Some will complain that your sermons are too long. Though it’s probably as rare as a frosty July day in Miami, a few may even bellyache that they’re too short.

Some will grumble about your leadership—you don’t lead from the front or they’ll say you’d make a competent dictator over a small country. Others will wonder out loud why your car isn’t sitting in front of the church at 5 p.m. each day or why your wife doesn’t play the piano.

In nearly a dozen years in pastoral ministry, I’ve heard all of these (mostly through the church grapevine) and plenty more.

I’ll never forget the first time I was roundly criticized as a pastor.

I’d served as senior pastor for a few weeks when one of the older ladies in our church appeared in my office on a Monday morning—not a time when a pastor is usually at his peak in terms of mood or energy level.

After reminding me she’d been a member of this church since Eisenhower was in office, she informed me that of all the pastors who’d graced the pulpit there, I was by far the record holder of lengthy sermons. She hadn’t come to award me with an achievement medal. Since I insisted on preaching 45-55 minutes, moving forward she was going to allot me only 30 minutes each Lord’s Day—the standard length, said she, of an authentically “Baptist sermon.”

I soon found out how she would apportion this half-hour.

For the ensuing three years, she’d saunter to her seat each Sunday about 10 minutes into the sermon, begin rattling her car keys and fumbling with her rather large purse 20 minutes later, then—at promptly 11:50 a.m. Central— she’d gather her things, rise and make like a fleeing bank robber for a side door. Privately, she gashed me to her church friends (they told on her) for not “getting the message.” I got the message—loud and clear.

How should a pastor deal with such criticism?

Joel Beeke’s recent book, co-written with Nick Thompson, is not only the best work I’ve ever read on pastors and the criticism they receive, it’s one of the best books for pastors I’ve read in many years. If you are a pastor, read this book as soon as possible. If you have a pastor, buy this book for him—and even consider reading it yourself. Beeke knows of what he writes, having served as pastor of the Heritage Reformed Congregation in Grand Rapids, Michigan, for many years and is president of Puritan Reformed Theological Seminary.

Part 2 is the meat of the book and Beeke/Thompson give some of the best and most instructive advice I’ve ever read for coping with this most difficult aspect of pastoral ministry, and they move down the path through the vehicle of four practical principles. And the principles are built on this counter-intuitive truth: criticism is a gracious gift to pastors from God. Why? Beeke writes: “Few things expose our hearts like criticism. When our character, reputation, abilities, or work are being questioned or denigrated, the state of our heart is immediately laid bare. . . . It exposes how self-centered we really are.” Wow. Hard to hear, but absolutely true.

The authors encourage pastors to lay aside the twin dangers of idealism and pessimism and instead receive criticism realistically, meaning, we should learn to see ourselves and the ministry realistically, not ideally. Pastors are sinners dealing with sinners, so criticism is inevitable while ministering in a fallen world.

To view the minister as being above criticism is to view ministers and the ministry in an unrealistic manner. Plus, criticism—warranted or unwarranted—is a means God uses to sanctify his under shepherds. The authors also encourage pastors to consider the source of criticism. Is the critic a mature, godly Christian who has your best interests at heart? Or are they a cold-hearted person who professes Christ, but who criticizes you as a way of intentionally undermining your ministry? And what are the motives behind the criticism? Great questions, all.

“What three graces does a minister need most?” Augustine asked. “Humility, humility, humility.” The trouble with humility is the level of difficulty in attaining it. Jonathan Edwards once compared pride—the enemy of humility—to an onion: You peel off one layer and there’s always another beneath it. Pride, a universal pandemic, makes criticism hard to swallow.

And the authors point out that the only way for us to be prepared to receive criticism rightly is to drill an ever-deepening well of humility by the power of Christ’s cross. As pastors, we must humble ourselves before our critics and listen to them, inspecting our hearts for evidence of pride, seeking the counsel of others whom we trust. I probably need to read this chapter every day.

The advice here is as easy to remember as it is profound with three P’s: Be prayerful, be patient, be prudent in carefully answering your critics. The authors wisely commend “the Twenty-Four Hour Rule: delay responding to weighty criticism for at least 24 hours. I’ve used this rule for the entirety of my ministry. In fact, this past week I did just that. A critic texted me less than two hours after my Sunday sermon. I didn’t respond until up in the day on Monday.

And sometimes, Beeke recommends, “the best response to criticism is silence. Our wordlessness can speak volumes, often more than our words. Silence is not a failure to respond, but a particular way of responding to criticism. It certain situations, it is the most appropriate way to respond.” I’ve used that tactic to great effect as well.

This chapter centers on the importance of a pastor keeping a clear conscience under grace. Then comes the even tougher part to swallow: “If we are living under the smile of God, we will learn to see criticism as a grace from His fatherly hand. Verbal critique is a tool that God uses to fashion His children after the image of His Son.”

How do we enroll in God’s gracious school of criticism so we may sanctified and not sunk by it? The authors recommend we come to our critics with these presuppositions: I think far too highly of myself; I care far too much about myself; I am an under-shepherd, not the chief shepherd, and I desperately need the Lord. We must learn to embrace our critics with grace.

Part 3 of the book turns the discussion to giving critique to others and cultivating a church culture in which constructive critique is welcomed and even invited—a reality that will require big grace for the sons and daughters of Adam. These two topics receive separate chapters and are profoundly helpful.

Part 4, which encompasses the final chapter, offers a theological vision for coping with criticism.  We should develop a God-centered vision for all of life that lives in keen awareness that we will all stand before the judgment seat of Christ one day. Therefore, living our lives daily in the fear of God puts us, our critics, and God in their proper place in all our interactions. John Murray wrote of the soul that fears God as one in which “God is constantly in the center of our thought and apprehension, and life is characterized by that all-pervasive consciousness of dependence upon him and responsibility to him.”

Get It, Read It, Heed It

Pastors and Their Critics may be the most helpful and insightful book for pastors I’ve read since Paul Tripp’s Dangerous Calling in 2012. It’s helpful because as a pastor, I am regularly criticized, and I’ve come to realize that its merely part of the calling.

But no matter how much criticism I receive, it’s never easy or enjoyable to hear—mainly because I am prideful and sinfully enjoy man’s applause. It’s insightful because Beeke and Thompson apply Scripture and theology to receiving (and giving) criticism in a way that helps a pastor to remain faithful to the Lord and spurs growth by a means of grace that very few tend would view it as that.

The authors have done some hard biblical thinking and heavy expositional lifting here. This, coupled with Joel Beeke’s many years of experience as a pastor (and many years of receiving criticism) make this a volume that every pastor should read.

The audience for this book is pastors, but it would make profitable reading for all Christians. Every Christian receives—and gives—criticism in some venue of life. This book will provide them with profound help in honoring God whether receiving or giving critique.