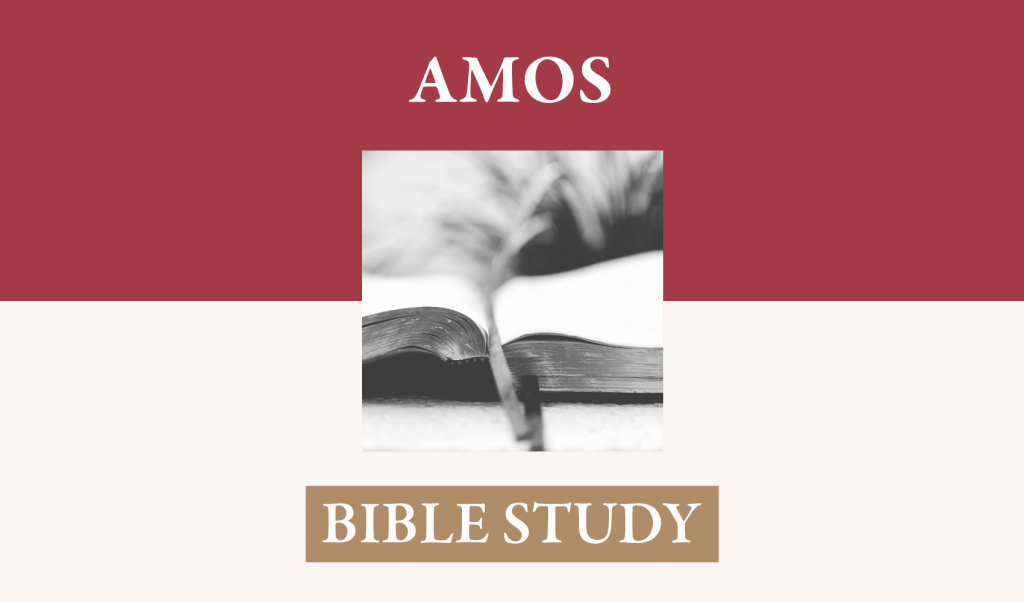 As noted, Amos was written when prosperity was at its height (under Jeroboam II) and any call to repentance in light of a certain judgment would fall on unconcerned minds oblivious to the anger of God over injustice and perversion in worship (see 9:10). Amos’s vision of searing judgment would be seen as irrelevant, irrational, alarmist, and the construction of fanatical enthusiasm. Amos has some of the most picturesque images in the message of judgment found in Scripture: “Cows of Bashan,” (4:1), “cleanness of teeth” (4:6), “a brand plucked out of the burning” (4:11), “He who made the Pleiades and Orion, . . . the Lord is his name” (5:8), “establish justice in the gate” (5:15), “I hate your feasts, and I take no delight in your solemn assemblies” (5:21), “But let justice roll down like waters, and righteousness like an ever-flowing stream” (5:24), “Woe to these who are at ease in Zion” (6:1), “the Lord was standing beside a wall built with a plumb line” (7:7), and others. It is a book designed to warn the complacent of the coming of the Day of the Lord in withering judgment, and to assure those that think this judgment means the end of God’s covenant with the people that, though they are unfaithful, he will remain true to his promises (9:11-15). Stephen, in Acts 7:42, 43 quoted Amos 5:25-27 showing how God had turned away from the people for their unfaithfulness.

A. Amos said that Israel is “Fallen, no more to rise” She is “forsaken on her land, with none to raise her up.” He warns of the magnitude of the devastation by saying that “The city that went out a thousand shall have a hundred left, and that which went out a hundred shall have ten left.” This is not a complete extinguishing of the nation but the reduction of it to a mere remnant through whom he will execute his promises to David.

B. With the assumption that God’s threats could produce repentance as it did to Nineveh during Jonah’s time, Amos speaks God’s exhortation, “Seek me and live.” They should not seek safety in any other quarter or suppose their present perverted and false worship will avert this judgment. They turn justice to wormwood and cast down righteousness to the earth.” Their only hope is in his present, earnest, but short-lived invitation, “Seek the Lord and live.”

C. A failure to repent will lead to a withering blast of the heat of divine wrath. Yahweh will “break out like fire in the house of Joseph” and none can stop its devouring righteous rage against Bethel, one of Israel’s centers of worship. Amos probably delivered most of these messages at Bethel, the residence of their golden calf.

D. No place is strong enough to save from the God that created the stars, Gave them patterns even though separated by vast distance, established the rhythm of day and night, brings about the cycle of nature in producing rain (8). The one that creates and upholds can most easily destroy (9). Is there any fortress but He; is anyone strong when God rises up?

F. Verses 14, 15 – These verses call Israel to true repentance, a reversal of their present practice of evil to do that which is good. If they do, it may be that the Lord will look upon them with favor and will bring about a prosperity built on justice rather than dishonest gain. Or if full restoration does not result, perhaps those that have sought to “establish justice in the gate” will find that they are preserved, the remnant of Joseph will find a gracious God.

G. Verses 16, 17 – As it stands, however, apart from a thorough and cordial repentance, Israel peers into the darkness of a classless judgment. Though society presently has a variety of levels of prosperity and the helpless without voice themselves or any that will speak for them, when God passes through their midst, there will be no place or level that is not called upon to wail and lament and mourn and cry, “Alas! Alas!”

B. What is True Worship? verses 21-24 – All their pretension at religion, God hates; God’s indictment against them is that they have flaunted their aggressive self-interest in the face of both tables of the Law, summarized in the two great commandments, love of God with all the heart, mind, soul and strength, and love of neighbor as oneself.

C. Have they ever truly worshipped?

III. God pronounces judgment on those that revel in luxury and ignore injustice and spoof the coming judgment – 6:1-7

A. They indulge in sensuality – Look at the description of the lifestyle they embrace while others suffer; they are “at ease,” they “feel secure,” they “lie on beds of ivory,” they “stretch themselves out on their couches,” they eat, the “lambs” and the “calves” [making epicures of themselves with the tenderest of morsels while abusing the flocks and herds], They sing idle songs and fancy that they are imitating David in his exuberance for finding more voices and sounds to celebrate the beauty and perfection of God. They “drink wine in bowls” and “anoint themselves with the finest oils.” They do not do any of these things in celebration of the abundant goodness of God with thanksgiving to him and mercy toward their neighbors, but in a spirit, repulsive to God, of pleasure-madness for a soft and undisturbed life.

B. They overestimate their safety and strength – They seem to believe that Samaria as their city of stronghold, their mountain, and the place from which their worship was developed will protect them in the same way that they thought Zion, Jerusalem, as home of the temple would protect Judah. See their false confidence set forth in 6:13. But God calls on them to see that other nations and their major cities had greater power and more territory than Samaria, and yet were brought down by other nations under the providential arrangements of the Lord of hosts (6:2). At the same time that they “bring near the seat of violence” they “put far away the day of disaster” (6:3).

C. They ignore their worthiness of judgment – Verse 8 establishes this in no uncertain terms. Note the force of the vow and the moral outrage contained in the language: “I abhor, . . . hate, . . . I will deliver up.” Their actions have resulted in things as unnatural as horses running on rocks and as unfruitful as seeking to plow rocks with oxen, since they “have turned justice into poison and the fruit of righteousness into wormwood” (12).

D. They do not grieve over the spiritual and moral condition of Joseph. Their frolic of extravagance covers a corruption that has eaten away any human kindness and natural affection. They are not grieved over the hardships that many experience and they have lost all sense of the holiness of God. Should Isaiah’s vision in the temple (Isaiah 6) occur here, there would be a great lamentation and cry of their undoneness and their uncleanness. They would with one mighty chorus wail “Woe is me.”

E. Their self-confidence and false security will be blasted by Yahweh Elohim – The most egregiously guilty pleasure seekers will be “the first of those who go into exile,” and all their days of revelry “shall pass away.” God himself will “raise up against you a nation” to oppress them throughout their territory. No place will be secure from the thoroughness of this disastrous attack (14).

When the Lord Jesus Christ died for his people, he would find no place to shield him from the wrath of God. None could come to defend him. All the rage, wrath, and hatred due us for our sins fell on him as our substitute. Not that the Son in himself was hated or in himself was worthy of the rage of his father, but only as he was the sacrifice for the sins of his people and as he endured such for their just redemption did he come to be exceeding sorrowful, even unto death. This case and verdict against Israel show us the severity of divine retribution. This was temporal. Multiply it infinitely for the eternal and we will see at what expense did redemption come when “He spared not his own son.”