Men Do Not Have Wisdom 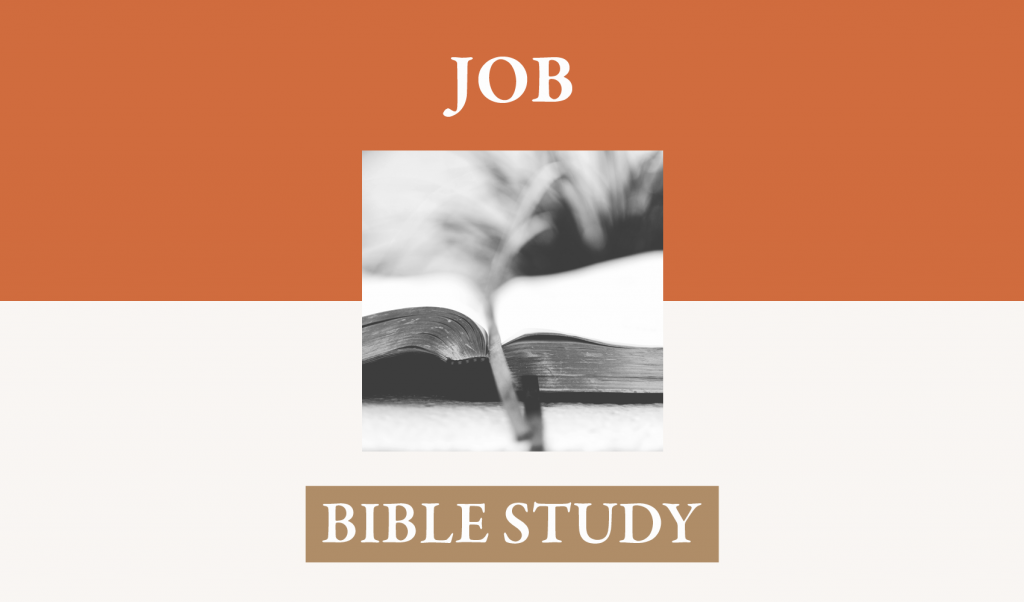 This lesson concentrates on Job’s soliloquy on wisdom in chapter 28. It is set in the middle of his final reply to his accusers. They have finished their efforts to break down Job from his claims to integrity, have increased in the stridency of their accusations, and have not changed from their formulaic approach to the stimulus-response view of good=reward and evil= punishment.

I. Chapter 22 – Eliphaz vents his anger at Job in a rant against Job’s conduct and again calls him to repentance for restoration to favor.

A. He makes wild, unwarranted and unverifiable accusations against Job. “Is not your evil abundant?” he asked.

B. Eliphaz represents Job as treating God as if he were ignorant of the ways of men. (“What does God know? Can he judge through the deep darkness?”), even in the face of the evidence that he punishes the wicked while the righteous rejoice (“The righteous see it and are glad.”) in the quick justice of God. Verses 12-20.

C. Eliphaz applied the positive side of his simple theological idea by assuring Job, “If you turn from your greediness and see God as your true treasure your ways and your words will prosper.” (Verses 21-30) The “gospel” of prosperity has been with us for a long time.

II. Chapters 23, 24 – On the contrary, Job claims to have sought an audience with God earnestly that he might see what cause has brought on this horrible season of affliction (“My hand is heavy on account of my groaning.”), and observes that God does not inflict immediate judgment on the wicked for their crimes.

A. It is true that God is in deep darkness, but Job took no solace in that, nor does he think that his inability to find God means that God is unobservant; rather he sought him out. He knows God would listen, even though he is omnipotent; he would not refuse to listen to the case of an upright man. Verses 23: 3-7.

B. He has looked for God’s presence in every situation (in which Job is convinced that God himself is working), knows that at some point he can be invoked, and when God has finished with this purposed affliction, Job shall emerge purified and unalloyed. Verses 23: 8-10

C. He professes that in spite of his affliction and in the midst of his urgent cries to God for answers, he has not departed from him but has “treasured the words of his mouth more than my portion of food.” Verses 23: 11, 12.

D. But God has purposes built on his unchangeable decrees, and his immanent working often cannot be detected by us. This mystery about God’s secret counsel terrified Job, as well it might since it has resulted in his loss of everything. Nevertheless, Job does not allow the mystery and the immutable decree stop him from wanting an audience with God. (“Yet I am not silenced because of the darkness.”)

E. The mystery of God’s decree extends not only to the unexplained affliction of pain and loss on the one that has “not departed from the commandment of his lips,” (23:12) but to the reality that there is no clear pattern of judgment and punishment visible for those that plot, plan, purpose, lay in wait for evil (verse 13). [“Why are not times of judgment kept by the Almighty? . . . yet God charges no one with wrong.” 24: 1, 12.]They are horrendous oppressors of the poor [verses 24: 2-12] (which Job never did), they are murderers [verse 24: 14]  (while Job sought to protect life in every circumstance) and they are adulterers, not merely by the flash of a sudden impulse of lust but by a well-developed scheme [verses 15-17] (which Job has systematically and by clearly expressed principle avoided). His accusers’ contention that the evil are judged immediately simply does not bear the scrutiny of observable phenomena. In spite of these appearances, however, Job is convinced that the evil eventually will be cut off (24, 25), even as he knows that he eventually will be vindicated (23:10). Job has not denied the sure connection between evil and judgment; nor has he despaired of the connection between goodness and joy. The way in which these consequences are produced, however, is not as simplistic as stated by his dialogue partners.

III.  Bildad’s last speech: (Chapter 25)  Some suggest that the shortness and apparent inconsequential nature of this speech indicates that text has been lost in the transmission. It is also possible that the text is in tact, but Bildad is not. He utters truisms but has run out of any ability or nerve to seek to make headway with Job. He asserts that God is more powerful and more pure than any part of his creation, including man. And who would say otherwise? But what is the point in this particular existential encounter between one “who is a maggot . . . and . . . a worm” (25:6) with one in whose sight even “the stars are not pure?” (25:5) Does the reminder of the exalted power and purity of God, a point with which Job agrees, give any insight into the purpose of God’s ways in this fragmenting encounter? The possibility that this is the entire speech of Bildad seems confirmed by Job’s response to him.

IV. Chapters 26-28 – Job now begins his final response to these friends. It seems that they have realized that their efforts have been fruitless. Eliphaz has vented his bitterness against Job’s tenacious maintenance of his integrity, Bildad has given a final, and short, presentation of the distance between God and man, and Zophar has run out of anything to say. He remained silent.

A. 26:1-4 – Job mocks the repetitive irrelevance of the presentations of his comforters. He particularly derides the speech of Bildad for his restatement of the obvious that God is more powerful than his creatures. With seething sarcasm, Job quips, “How you have helped him who has no power!” Just telling me that God is stronger than I is neither enlightening nor particularly insightful in expanding our understanding of the ways of God with his creatures.

B. 26:5-14 – Job then shows that he fully concurs with the reality of the unutterable greatness of divine power and his present control of all things. His friends do not give him information of which he is ignorant; he does not reject either the power, the present control, or the righteousness of God. “The pillars of heaven tremble and are astounded at his rebuke.” The images employed by Job are strikingly beautiful, particularly the expression of the created spheres being suspended in space, a more accurate cosmology that that of others of his era. “He stretches out the north over the void and hangs the earth on nothing He binds up the waters in his thick clouds, and the cloud is not split open under them” (7, 8) Even, however, with the massive displays of his power and his wisdom manifest in the heavens and the earth, Job knows there is far more beyond that: “Behold, these are but the outskirts of his ways, and how small a whisper do we hear of him!” (14) Job’s awareness that God’s intelligence, wisdom and power are truly inexhaustible and finally incomprehensible by any creature makes God’s final confrontation with Job (38-41) all the more impressive.

C. Chapter 27 – Though he knows that God’s ways are inscrutable, Job does not relinquish his claim to integrity. The theology being espoused by the comforters does not explain his situation. Furthermore, Job’s conviction of personal integrity does not mean that he rejects the reality that God will in fact judge the wicked.

D. Chapter 28: 1-11 – Job concludes that the meaning of the events in a man’s life are not easily discerned. Shallow observation of immediate phenomena will hardly ever yield a true picture of what God is doing. In the natural world, when we want to discover valuable things that are hidden from plain view, we develop methods of discovery and extraction in order to obtain it. It is not an easy task; but Job’s advisers have settled for easy answers to his pain.

F. Wisdom is in God alone and he alone reveals its nature and produces its presence in man.

IV. Lessons from Job to be in the process of contemplating. These will be repeated in future lessons.

A. Embrace and absorb into your central spiritual world view that Providence and Redemption are no less in the control of God and under his ultimate purpose than was the immediate operation of creation. Wisdom always resides in submission to the divine will.

B. The driving passion of our lives should be a reverent and filial fear of God that leads to discernment and enjoyment of the attributes of God.

C. Don’t allow some knowledge of God and his ways to drive you to arrogance, judgmentalism, and sinful over-confidence. We must not retreat from what we know to be true; at the same time, we also realize that other dimensions of present knowledge will constantly flow into our heads and hearts.

D. Wisdom instructs us to search for spiritual knowledge and holiness of life above all earthly advantage. If God will teach us more of Himself and his purity through the loss of what can be lost, then the loss is a great advantage.

E. While maintaining integrity in individual cases as each relates to the judgment of men, we must submit to God’s prerogative to design any event for our overall sanctification. True godliness always involves resignation.

F. Be thankful for the progressive nature of revelation—learn to admire the divine wisdom in the gradually unfolding of layer upon layer of truth—as well as the immediate perfection of the redemptive action of God.

G. We should contemplate the importance of the question, “How can a man, sinfully despicable from the sole of his feet to the crown of his head, be in the right before God?” Where will we find a ransom? Of what honor must such a ransom be?