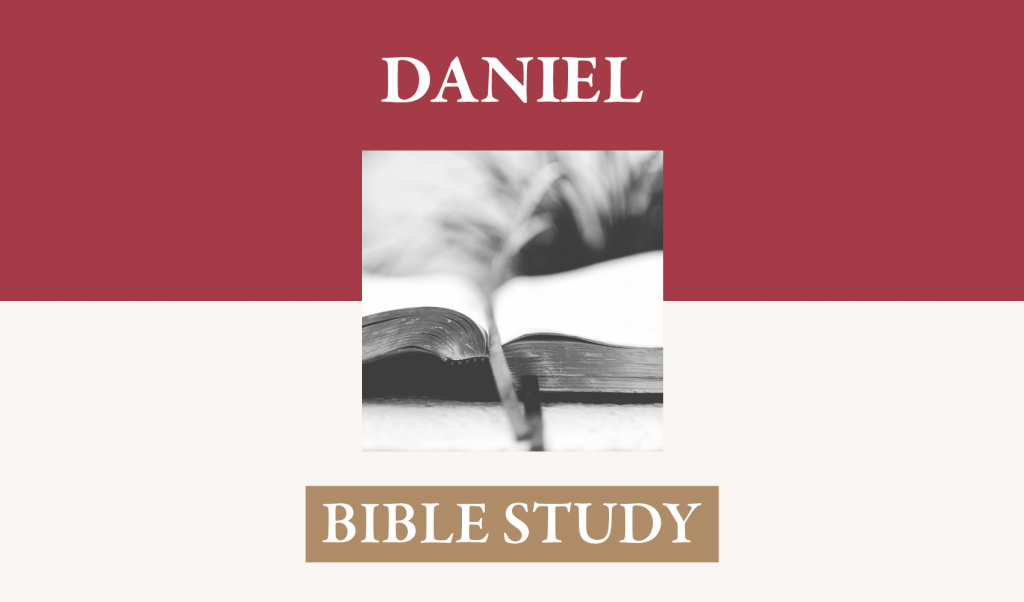 The first part of Daniel 9, through verse 19 is a prayer of Daniel’s that is interrupted by the appearance of Gabriel (21).

I. Daniel prays on the basis of a prophecy given by Jeremiah in 25:11-13. The seventy years are prophesied as well as the destruction of the kingdom of the Chaldeans.

A. That Daniel regularly studied the Scripture as he had it and based his worship and prayers on that truth is seen in the words, “I, Daniel, observed in the books.” What he observed was a prediction that “these nations will serve the king of Babylon seventy years.” Then words of devastating judgment against the nations—the “fierce anger” of the Lord—that had been party to the captivity of Judah and the destruction of the land were also a part of Jeremiah’s message.

B. These books, now written and having become Scripture, he accounted as “the word of the Lord” (2). The witness to written revelation is pervasive throughout Scripture. In this passage Daniel refers also to “His teachings which He has set before us through His servants the prophets,” and “the oath which is written in the law of Moses the servant of God,” and again, “as it is written in the law of Moses” (10, 11, 13).

C. God uses human instruments as a means of judgment, in this case for the “desolations of Jerusalem” (2).This instrument of judgment was wicked Babylon that becomes a symbol for the volatile opposition that the world consistently and without repentance gives toward the redeemed of God and their well-being (Revelation 18). While they are God’s sword to purify his people, he does not overlook their moral culpability or diminish the magnitude of their judgment for their own evil intent (Habakkuk 1:6-11; 2:6-14).

II. This prayer is a highly instructive example of earnest, God-centered solicitation for the spiritual blessings based on the promises, character, and ultimate glory of God.

A. In light of the clear statement of prophecy, Daniel set his heart on extraordinary prayer to God. Based on God’s word, Daniel sought the Lord himself (“I gave my attention to the Lord God”) before he asked for a faithful execution of the things promised.

B. His physical posture was a picture of the resigned and receptive state of his earnest yearnings for God. This kind of prayer had been nurtured in Daniel’s life for decades before this time of prayer (Daniel 6:10). This could have happened very close to the time of Daniel’s refusal to pray to Darius (“in the first year of Darius” – 9:1). His fasting indicated that his spiritual hunger outstripped any concern about physical hunger. His donning of sackcloth and application of ashes was a rejection of all external glory that he had achieved in the kingdom of pagan princes for the infinite and eternal glory of knowing, worshipping, and serving the one true God, the God of Abraham, Isaac, and Jacob.

C. Daniel appeals to God’s character as the basis of his prayer (Verse 4).

III. Daniel’s confession of sin is comprehensive and pervasive.

A. He described five distinct aspects of their unfaithfulness that led to this calamity: “sinned, committed iniquity, acted wickedly, rebelled, even turning aside from your commandments and ordinances” (5). Any way that it was possible for hardness of heart and determined rebellion to be demonstrated, they did it. To that Daniel adds that when the prophets came to proclaim the coming of calamity if repentance did not come, “We have not listened to your servants, the prophets” (6). Relentlessly he adds other manifestations of rebellion throughout the prayer: “unfaithful deeds” (7); “open shame … because we have sinned against you” (8); “we have rebelled” (9); “we have not obeyed” (10); “All Israel has transgressed your law … we have sinned” against God (11); “we have not sought the favor of the Lord our God by turning from our iniquity and giving attention to your truth” (13); “we have not obeyed his voice” (14); “we have sinned, we have been wicked” (15)

B. It involved all levels of society and all places: “Our kings, our princes, and our fathers” (8). Every place in the homeland and every place of exile is guilty of all of these kinds of iniquitous rebellion and transgression (7). Daniel continually points to the people’s breaking of the Law of Moses, their neglect of the ordained worship, their ignoring of the prophets. Judgment has been promised for the nation for this conduct (Leviticus 26:14-45; Deuteronomy 28:15-68)

IV. This judgment is deserved for they are guilty and God is righteous and holy. Daniel refers to God’s righteousness, compassion, forgiveness (7, 9, 14, 16, 18). He has no confidence in an answer from God based on any righteousness of the people, for they have none, but only because forgiveness is with God and he delights in mercy “We are not presenting our supplications before you on account of any merits of our own, but on account of your great compassion” (18). Note how Paul’s language in Titus 3:5 employs this prayer of Daniel: “For we ourselves were once foolish, disobedient, led astray, … but when the goodness and lovingkindness of God our Savior appeared, he saved us, not by works of righteousness which we have done, but according to his own mercy,”

V. In verse 18, Daniel invokes elements of the Aaronic blessing in Numbers 6:22-27: “For your sake, O Lord, let your face shine on your desolate sanctuary.” Aaron had invoked God’s presence, “The Lord make his face to shine upon you.” Daniel has taken Solomon’s prayer at the dedication of the temple in 2 Chronicles 6:36-40 as a personal challenge. Solomon foresaw, “If they sin against you—for there is no one who does not sin…” (2 Chron 6:36). Daniel confessed, “We have sinned, committed iniquity, acted wickedly, and rebelled” (5). Solomon foresaw a time when the people would be “carried away captive to a land far or near,… yet if they turn their heart in the land to which they have been carried captive, and repent and plead with you” (2 Chron 6:36, 37) and now Daniel pursues the part of repentance and pleading and confessing perversity and wickedness: “Indeed all Israel has transgressed your law and turned aside, not obeying your voice; so the curse has been poured out on us” (11). Solomon asked that God “Maintain their cause and forgive your people who have sinned against you” (2 Chronicles 6:39) and Daniel echoed, “O Lord, hear! O Lord, forgive! O Lord, listen and take action! For your own sake, O my God, do not delay, because your city and your people are called by your name” (19).

VI. Compare the prayer of Daniel to our Lord’s model prayer in Matthew 6:8-13;

Your Father knows what you need before you ask him.

(23) [At the beginning of your supplications the command was issued]

Our Father in heaven, hallowed be your name

Righteousness belongs to you, O Lord]

Your kingdom come, your will be done,

on earth as it is in heaven.

[“O Lord our God, who have brought your people out of the land of Egypt

with a mighty hand and have made a name for yourself”]

Give us this day our daily bread

And forgive us our debts

As we also have forgiven our debtors

[To the Lord belongs compassion and forgiveness,

For we have rebelled against him. …

And lead us not into temptation,

But deliver us from evil.

[O Lord, in accordance with all your righteous acts,

let now your anger and your wrath turn away

from your city Jerusalem, your holy mountain.]