Pride Goes Before Destruction | A Haughty Spirit before a Fall 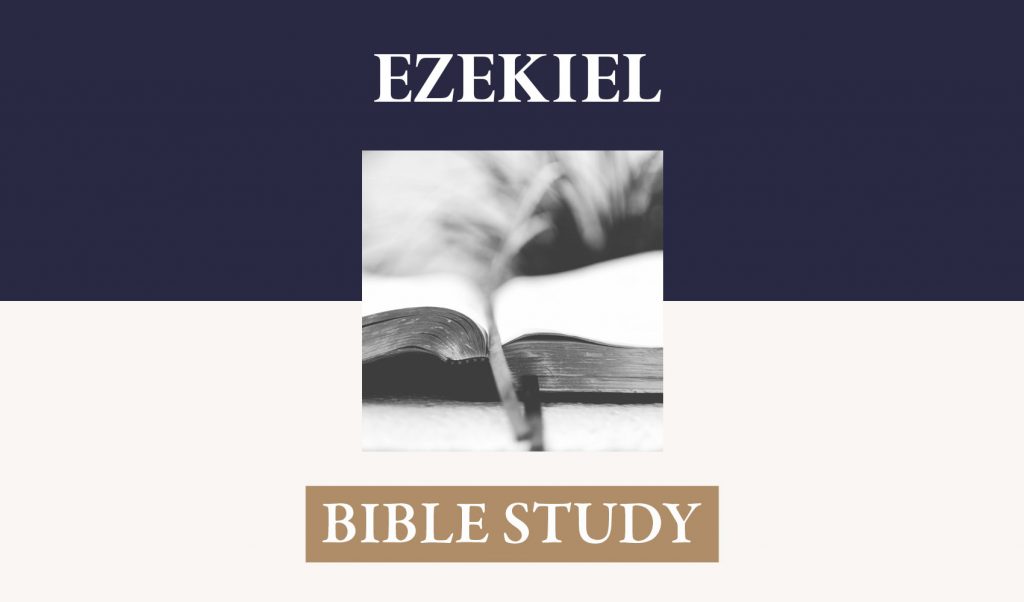 Ezekiel turned his attention from Jerusalem to the surrounding nations, pointing out the ways in which the God of all nations, the triune God of the Bible, would judge these nations for their idolatry, their evil policies, their pride, and their cruelty. Ammon, Moab, Seir, Edom, and Philistia–these are dealt with briefly before an extended prophecy of judgment on Tyre. Chapters 26, 27, 28 are given to this prophecy: they give a statement of the thoroughness of judgment, a description of the prominence and prosperity and the sudden destruction of Tyre. God promised to bring up “many nations” against Tyre “as the sea brings up its waves” [26:3]. Chapter 28 turns to a prophecy against the prince of Tyre and brings it to a conclusion with a lament over the sorrowful fall from magnificence and beauty to its becoming a “terror” and a “horror.” Meeting a judgment that will effectually bring Tyre’s magnificence to non-existence. (28:19). God is the ruler of all time and the precise moral governor of all nations. He uses them as he sees fit and judges them according to his absolute righteousness and holiness. Even as against Jerusalem, God will use Babylon to crush the pride of Tyre (26:7-14) as one of the “many nations” that seek to control it and lay siege to it, which Nebuchadnezzar did for 13 years.  After Babylon declined, Persia mounted its war against Tyre and controlled it as a vassal state. Alexander the Great of the Greeks conquered the city after a great struggle. He killed 8000 men with their weapons in their hands and sold 30,000 men, women, children, and slaves on the open market. Several other sieges, blockades, periods of independence and subjugation occurred in Tyre until New Testament times. Jesus compared the sinful rebellion and hardness of heart of cities in his own day as even more grievous than that of Tyre (Matthew 11:21, 22).

A. Just as surely as Ezekiel was given messages about the chosen people Israel, so is he given a message to this heathen gentile ruler.

B. The gravamen of the charge appears immediately: “Because your heart is proud, and you have said, ‘I am a god.’” Verse 6 repeated the charge and verse 17 again points to it. The Lord God told the prince of Tyre, “You are but a man, and no god.”

C. Verses 7-10 – God reveals the creatureliness, the wickedness, and the uncovenanted status of the prince of Tyre (“die the death of the uncircumcised.”).

II. This lament over the king of Tyre has a transcendent and symbolic air to it. It is certainly directed at the king of Tyre but invokes a parallel both to the tragic fall that occurred in Eden and perhaps even the fall of Satan prior to the fall in Eden.

A. Verses 11-15 – The immediate historical referent in these exalted statements concerns the king of Tyre and the unusual talent and intelligence and economic shrewdness that God had given him. He was a creature, a reality hard for him to swallow. He had not made himself, another reality that escaped him. The intelligence and gifts that set him apart were all bestowed by the mysterious sovereignty of God. We have all seen persons that far exceed others in talent, intellect, creativity, and worldly usefulness but that at the same time have little or no recognition that their superior gifts are purely granted from above. It is the height of deceit to believe anything about good things that come to us other than, “Every good gift and every perfect gift is from above, coming down from the Father of lights with whom there is no variation or shadow due to change” (James 1:16, 17)

B. The splendor of the king’s court and the beauty of his attire rise so far above the common ordinary scenes of life that the atmosphere of his life seems to move in pre-fall conditions: “the seal of perfection, full of wisdom and perfect in beauty” (12).

C. Behind this description of the divine favor to the king of Tyre, there could very well be a parallel case of far greater consequence. Some of the language indicates an individually created being that had perfection at the instant of his coming into being. Perhaps superimposed over the lament for the king of Tyre is a picture of the splendor and designated authority of the great angel we now know as Satan. Jesus said, “I saw Satan fall like lightning from heaven” Luke 10:18. He said this in warning his disciples not to allow their designated authority to become a source of pride but recognize their dependence on grace for every good thing.

D. Because of the exalted status of the king, the sins are great, and the consequent judgment is great. – 15b-19. The same idea of reminiscence could be in mind in some of the language employed, speaking directly of the king of Tyre with a more remote, yet profound, reference to the original appearance of evil in God’s gloriously beautiful creation through pride in the most beautiful and powerful of his creatures. Paul indicates in 2 Thessalonians that at some specific incident of judgment, a “lawless one” will come manifesting “power, signs, and lying wonders” that are accomplished “according to the working of Satan.” These deceitful displays of power and majesty will be believed by those who did “not receive a love of the truth” (2Thessalonians 2:9, 10). The juxtaposition of descriptions of the prince of Tyre with Satan as a prideful being is consistent with this statement of Paul about another powerful figure energized by Satan.

III. Verses 25, 26 indicate that judgment on some establishes the greatness of grace for others. The people of Israel will be restored and will not be harassed by these enemies. In God’s execution of justice on the opponents of God’s covenant people, we find the inscrutable operation of God’s sovereignty to claim and secure a people for himself: “Then they will know that I am the Lord their God” (26b). Again, we find a similarity to Paul’s exposition of condemnation on those, deceived by satanic power, who “did not believe the truth but had pleasure in unrighteousness.” For the covenant people of God, however, Paul gave “thanks to God always for your, brethren beloved by the Lord, because God from the beginning chose you for salvation through sanctification by the Spirit and belief in the truth, to which he called you by our gospel, for the obtaining of the glory of our Lord Jesus Christ” (2 Thessalonians 2:12-14).

IV. Some final points of summary

A. God is the maker and sustainer of everything and has made all of it for his own glory. He will not share his glory with another and when we claim any thing as our own as if it were not a gift from God and as if our strength to enjoy it were not given and sustained by God we are open to the same severity of judgment that came on the king of Tyre.

B. Pride is the fountain from which flow all the sins of men. It was the first entrance of evil into the creation and constituted the source of the fall of the prince of Tyre. It fueled his cruelty, his repression, and all his iniquities. ”A man’s pride will bring him low, but the humble in spirit will retain honor”(Proverbs 29:23).

C. Pride is the unsoftened manifestation of pure satanic rebellion against God. Pride consists of self-deification for it claims to be the creator and sustainer of things, or traits, or talents that are gifts of common grace from the triune God. “Six things God hates, Yes, seven are an abomination to him: A proud look …” (Proverbs 6:17). We have no power to create a fly, or a piece of dirt, and to claim our talents and earthly privileges as the work of our own power and worth is an attempt to dethrone God. An elixir against the disease of being puffed up is Paul’s query to the Corinthians. “What do you have that you did not receive? If then you received it, why do you boast as if you did not receive it?” (1 Corinthians 4:7).

D .The just judgment on beings whose lives are governed by pride highlights the power and absolute freeness of saving grace.