“It Has Pleased the Lord to Make You a People” 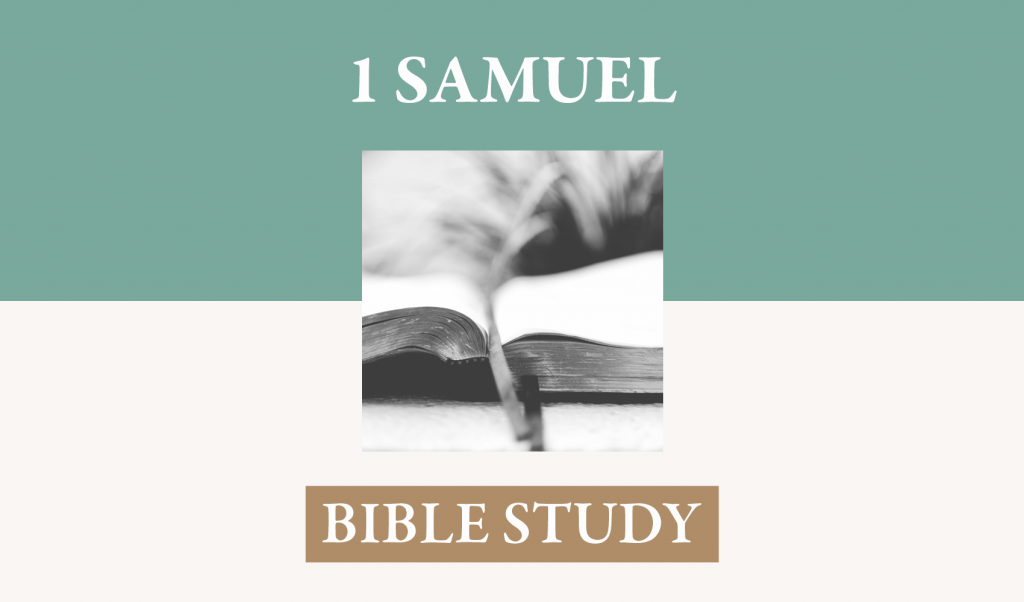 I. Verses 1-5 – Samuel showed his transparent confidence in the unassailability of his conduct before from the time of his youth to his old age.

A. The people had asked for a king and Samuel had taken the request to the Lord, who had granted it. Samuel told them all that an earthly king would demand of them and still they wanted him. Now he walked before them, that is, he had taken the place of ruler.

B. Samuel conceded that he no longer was able to rule them, and his sons, against whom they had brought accusations, were no private citizens also and could be prosecuted for their crimes if the people so wished.

C. In addition, since they knew him from his youth till the present time of his old age, he, too, would be open for them to bear witness against him. He had been a man of power and influence; had he abused this power and made gain for himself at their expense or against justice. If so, they could testify before God and the king.

D. They gave clear testimony that he had not defrauded or oppressed them in any way. Before God and the king they had cleared him of any wrong doing. As we will see later, Samuel’s responsibilities before them would be to pray and encourage by instruction, but the leadership of the nation. He would have to appear on a few occasions to function in an ad hoc manner as judge.

II. Verses 6-11 – Samuel reviewed the history of God’s deliverance of his people during times of oppression from Moses through Samuel.

A. the emphasis of these verses is on the merciful intervention of God in the lives of the Israelites upon their confession of sin.—“all the righteous deeds of the Lord that he performed for you and for your fathers.”

B. Samuel showed that the problem of forgetting the Lord’s claim on them and special intervention for them was a continuing problem. The pattern of rebellion, discipline, and deliverance had continued for four hundred years. This did not mitigate their present lapse into worldly desires but, in light of all God’s past mercies and faithfulness, exacerbated their own rebellion.

C.  The fact that God had kept them safe without a king, had intervened in every situation with those appointed by him, had not established an indelible sense of loving dependence on God’s covenantal care for them. They wanted the arm of flesh and could not see that the transcendent, supernatural sustaining power of God was their sole hope.

D. This pattern show the necessity of the new covenant in which God’s power and law do not operate only as an external manifestation of his holiness and will, but as an internal transforming power on the heart.

III. Verse 12 – The people rejected that history, showed ingratitude for the manner in which God had given both discipline and redemption in the past. Despite the pattern of God’s critical and pivotal protection of these people a his inheritance, as his chosen nation, When the Ammonites came upon them, and they felt the threat of worldly power, they wanted a visible ruler from among them to rescue them. They wanted another king when  Jehovah was their king. In this apparently simple demand, the leaders of denied that they existed as a nation because of God’s electing them, growing them, and redeeming them. They resented his providential arrangements by which he brought discipline for unfaithfulness and rescue for repentance. They thought they could achieve greater stability by a human king than a heavenly one.

IV. Verses 13-15 – Samuel called for obedience from both king and people.

A. It is impossible for us to undo transgressions; but call for renewed obedience and enlarged hearts for love and service to God are always needed, and the opportunity for growth in single-hearted devotion to God never slacks moment by moment and day by day.

C. God told Moses that he would by no means clear the guilty but that he also forgave iniquity, and transgression, and sin, and showed steadfast love to thousands (Deuteronomy 34:5-7). Through the revelation of the need for sacrifice from the time of Adam onward, true believers had inferred from the degree of revelation they had that forgiveness only would come through the death of another. The gospel unfolded slowly by degrees of revelation and culminated historically in the death burial resurrection, and ascension of Christ. The fullness of its meaning came in the writings of the apostles (e.g Romans 3,4; Colossians 2:6-15;1 Peter 2:4-10, 21-25). Surely during these times of disobedience, the remnant of believers knew that they were not saved by any degree of obedience they could muster, but only by the merciful intervention of God in a way that would also exhibit his perfect holiness and justice.

V. Verses 16-18 – Samuel wanted them to be aware that God was immediately present, and in spite of their detachment, God controlled all things.

A. During the time of harvest, normally dry, Samuel called on the Lord to manifest that even in that moment he was present and had all power and not could escape his presence.

B. Thunder and rain came, surely reminiscent of the judgment of the world during the time of Noah, but also reminding them that they were not destroyed because of his covenantal purpose. “All the people greatly feared the Lord and Samuel.”

A. Having seen the quickness and power of God’s manifestation of his superintendence of all things, and that Samuel knew the Lord and had an eye for the glory of God alone, they solicit his mediation with the Lord.

1. They ask him to pray to “the Lord your God” on their behalf. It does not seem to me that his was an admission that the Lord was not their God also, but that Samuel’s official calling, particular graces, and consistent awareness established him as a spokesperson on the part of the people in a way far above what any of them could expect, a man like Moses in that respect. In this, Samuel is a type of Christ who alone in the mediator between God and man, the only one qualified to intercede for us.

2. They requested “that we may not die.” They had been made intensely conscious of how vulnerable they were to the wrath of God for their slip-shod carelessness in requesting a king from Samuel, a king who now stood before them, when the Lord himself had been their king. Now they could not turn back, but God could abandon them to the folly of their own souls.

3. Now they admitted the evil of asking for a king. This was the culmination of a path of drifting from the Lord, the final step in the accumulation of transgressions. So oblivious were they to Jehovah’s intervention in their behalf, his provision for them his having chosen them and made them a nation when they were but slaves to the most powerful kingdom on earth, that they had made themselves like all the other nations—walking in darkness, without hope, without God in the world.

B. Samuel responded to their request point by point in reverse order.

1. Yes they had done evil in their transgressions, their worldliness, and their asking for a king, but now though they could not reverse what had been done, they could begin a path of new obedience.

They could begun to follow the Lord with all their hearts, not allowing themselves to be turned aside again by ignoring the words that had been given them through Moses and Joshua, and the instruction that constantly had come through Samuel.

They should recognize the emptiness of the ways of other nations and the impotence, yea, non-existence, of their so-called gods. They have created nothing they can do nothing, they are nothing

2. They will not die for, according to God’s own sovereign purpose, they are “his people.”

He has selected them in order to manifest the greatness of his name. His covenant with them has been made through Abraham, Isaac and Jacob, unfolded in greater detail at Sinai in the giving of the Law, and demonstrated in the continual pattern of discipline and redemption through the judges. Moses had prayed, “Remember your servants, Abraham, Isaac, and Jacob. Do not refard the stubbornness of this people, or their wickedness of their sin, lest the land from which you brought us say, ‘Because the Lord was not able to bring them into the land that he promised them, and because he hated them, he has brought them out to put them to death in the wilderness.’ For they are your people and your heritage, whom you brought out by your great power and by your outstretched arm” (Deuteronomy 9:27-29). Through this nation will come the one whose name will be above every name, before whom every knee shall bow.

This has been done according to his good pleasure. Nothing in them prompted this action of call on God’s part, but solely from within the mysterious and eternal propensity of God to act in accord with the goodness of his pleasure. He has made them “a people for himself. Later, from all the nations he will call a “people for his own possession zealous of good works” [Titus 2:14]. When the people from all the nations have been called, then the remainder of the remnant of Israel will be reunited with God in his covenant of redemption and all will see that the eternal blessings of salvation and the vision of he glory of God has come through this ancient people who proved disobedient and ungrateful for so long and so frequently.

3. Samuel could not cease to pray for them. They were his charge, and, though he saw their stupidity and their proneness to capitulate to the ways of the world, his call was to pray and to instruct in “the good and the right way.”

He admonished them to “fear the Lord.” Fear of the lord is the beginning of true knowledge and of wisdom. A robust sense of the infinite excellence of God, his power, his ability to bless and to destroy must undergird a proper fear of his name.

They were to serve him. No other action is worthy of the creatures made in his image than to serve him “faithfully with all your heart.”