We Will Serve the Lord 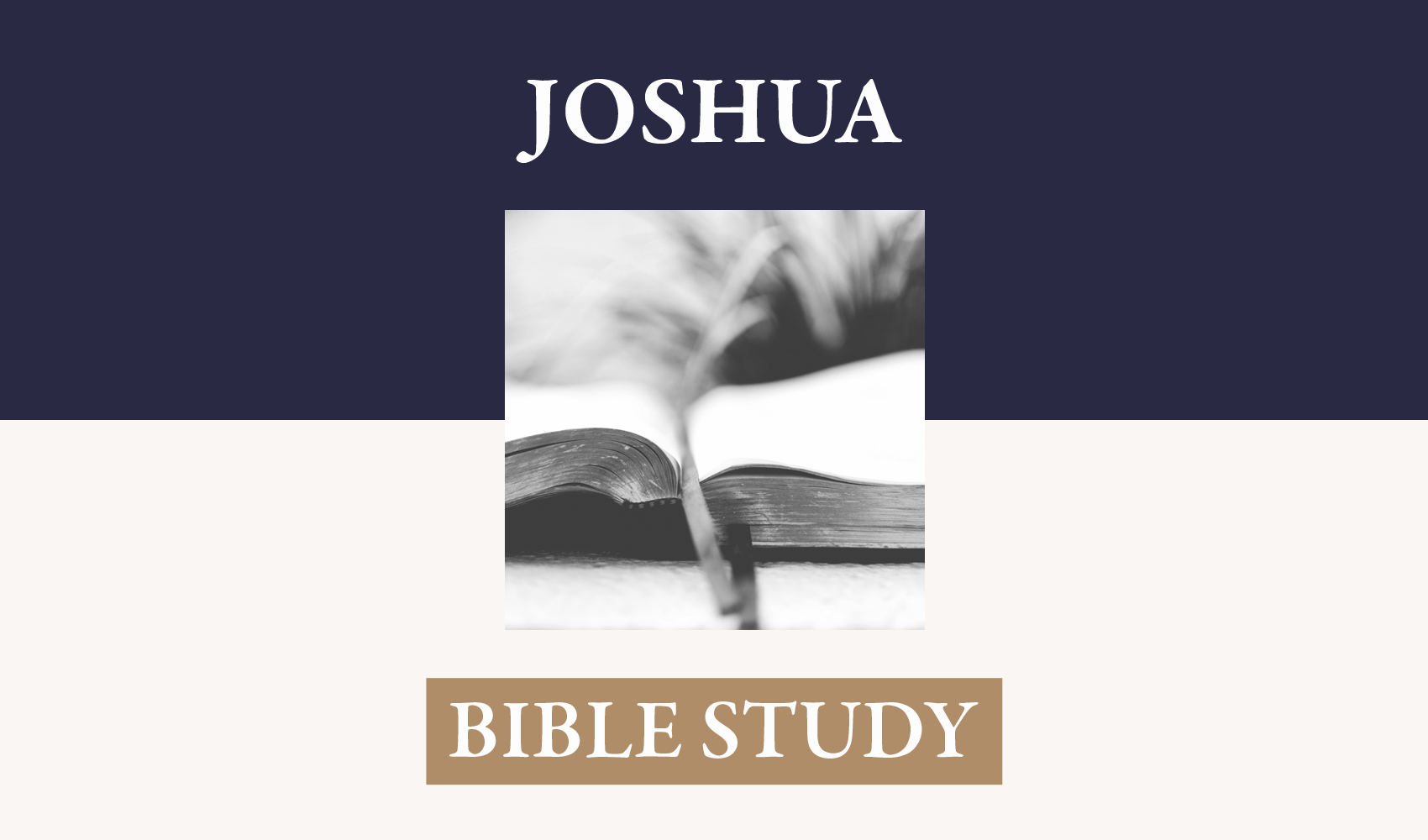 As Deuteronomy ended with the last words of Moses to Israel and his death, so Joshua ended with his last words to Israel and his death. Moses’ words included a severe warning against disobedience and a prophecy of their eventual apostasy (Deuteronomy 31:28, 29). So Joshua gave a similar warning and prophecy (Joshua 23:16ff; 24:19, 10). Both indicate that it is no light matter to pledge to serve the Lord. It must not be done with a divided heart, with assurance of self-sufficiency, or in absence of a true fear of the Lord. Spiritual transformation and the indwelling of the Holy Spirit necessarily energize a life of faithfulness to God.

B. The call insists on sincerity in heart and faithfulness in action. Naturally, our hearts are hard, unresponsive to divine truth and resistant to true holiness. In our fallen condition, we do not have the fear of the Lord admonished in this text (Romans 3:18). Joshua looked toward a service built on changed hearts.

C. God’s greatness means that he deserves all of our affections and no rival can be admitted. The syncretism that characterized the pagan nations with a multiplicity of deities and the practice of adopting deities from other nations, even conquered foes, was not allowed. Later the Roman Empire had a religious policy of syncretism. Christians did not embrace that and were persecuted at least partially on that account.

D. They must not “halt between two opinions;” If service to Yahweh seems to them onerous and burdensome, then they should make their allegiance to false gods clear. The Lord alone is God and he will not tolerate the giving of his glory to another. The so-called gods of the nations have limitations and, according to the perceptions of the pagans themselves, are excluded from some spheres of influence. Evidently from verses 14, 15, and 23 some of the people, even after all these events still maintained the false gods as mementos or as a fail-safe kind of worship. Exclusivity in worship is a dominant biblical theme from Genesis 1:1 to Revelation 22 [Look at 22:9, 12, 13].

E. Joshua had no hesitation. He knows the Lord, has spoken to the Lord, has seen the hand of the Lord work in faithfulness to all his promises, so he and his house “will serve the Lord,” and him only.

II. The People Pledge their faithfulness to the Lord (verses 16-18).

A. They state that the idea of serving other gods is far from their minds. Their minds and hearts are set on the Lord.

B. God faithfulness had endured throughout the entire time of forming Israel into a nation to be his people. They have been witness to this.

III. Joshua warned against their naivety about their corrupt hearts (verses 19, 20).

A. “You are not able to serve the Lord.” Given the intrinsic rebelliousness of the human heart, this statement describes the natural tendency of rebellion to God and conformity to the world. If one’s heart has not been brought to see the beauty of holiness and to desire a holy conformity to the Lord, then eventually the attractiveness of a worship that allows, or even encourages, the pursuit of an illicit fulfillment of sensate pleasure will overpower the senses. Such was the case in the growth of Baal worship in Israel in the decades and centuries to come (1 Kings 18:20-40; 2 Kings 10:18-27). It happened even in the reign of Solomon and to Solomon himself (1 Kings 11 – see esp. 4, 5, 7, 8).

B. God’s holiness makes it necessary that he punish every act of sin. His absolute holiness and perfect goodness make it impossible for him to tolerate any disaffection toward him. He will not overlook guilt and sin but must, as a moral reflex of his own inviolable and exclusive prerogatives over all things, show the power of his just wrath on that which is evil. Failure to honor and love him above all things by definition constitutes the essence of evil. If anyone, therefore, forsakes the Lord, “he will turn and do you harm and consume you, after having done you good.”

C. Passages like this should impress us more deeply with the reality of divine grace in objective provision and internal transformation.

IV. The People give assurance that their pledge is sincere  (verses 21, 22).

A. The people, even in light of such a heavy warning and threatening consequence reaffirm their intent to serve the Lord. According to verse 31, this pledge seemed in large part to be sincere. They had received not only the kept promises of God about the land, but had felt the internal work of grace to bring them to faith in the living God. Moses had said in one of his last messages to the nation, “And the Lord your God will circumcise your heart and the heart of your offspring, so that you will love the Lord your God with all your heart and with all your soul, that you may live” (Deuteronomy 30:6). To this generation in particular God had given an extensive operation of this grace of regeneration and indwelling in bringing them to trust the Lord, serve him, and maintain faithfulness to the revealed standards of worship.

B. Joshua called them to recognize that this choice of serving the Lord was not forced on them, not contrived by manipulation but came of a free mind in light of the powerful demonstration of God’s own faithfulness to his people, and the clear warning of the consequences of a flippant and insincere answer.

V. Joshua established a witness to the covenant (Verse 23-28).

A. Verse 23 – A resolute separation from all tendency toward compromise must be made immediately. “Put away . . . and incline.” Have done with the one forever, and set your affections (“incline your heart”) toward the “Lord, the God of Israel.” True repentance always is manifest in a radical separation from sin at the threshold of spiritual life with a continuing working against the remnants of indwelling sin (Galatians 5:16-18; Romans 8:7-14). Separation from sin comes because its allurements have been overcome by the glory of Christ and the desirability of being sons of God (Romans 8:15; Galatians 4:6, 7; 5:24).

B. Verse 24, 25a – As Moses had done, Joshua writes down the statutes concerning the necessity of unrivaled devotion to the Lord, the God of Israel. This material probably consisted of the speeches of Joshua recorded in this book and, thus, constitute much of this canonical book. Divine inspiration gave us the revelation of God as “at many times and in many ways, God spoke to our fathers by the prophets” (Hebrews 1:1).

C. Joshua set up a visible reminder of the words of their covenantal commitment. It would be a consistent reminder of how thoroughly they had consecrated themselves to the Lord. It could serve as a prod to more vigorous perseverance as the people of God or it could be a challenge to their consciences if they began to depart from these vows of obedience. The stone clearly does not have ears or a mind, but is a physical reality and shows that these promises and resolutions actually occurred in time and space. Jesus gave two memorials of his death, burial, and resurrection to be observed until he comes again. Baptism memorializes his death, burial, and resurrection as a picture of our entrance into Christ’s saving work and consequently our union with him as Savior. The Lord’s Supper, as a reminder of the historic work and its continuing efficacy in our lives has been celebrated in unbroken continuity from the time of the apostles to the present. Its origin is explained clearly in terms of the Lord’s words to his apostles and the reality of his death that sealed the terms of the observance.