What More Do You Want? 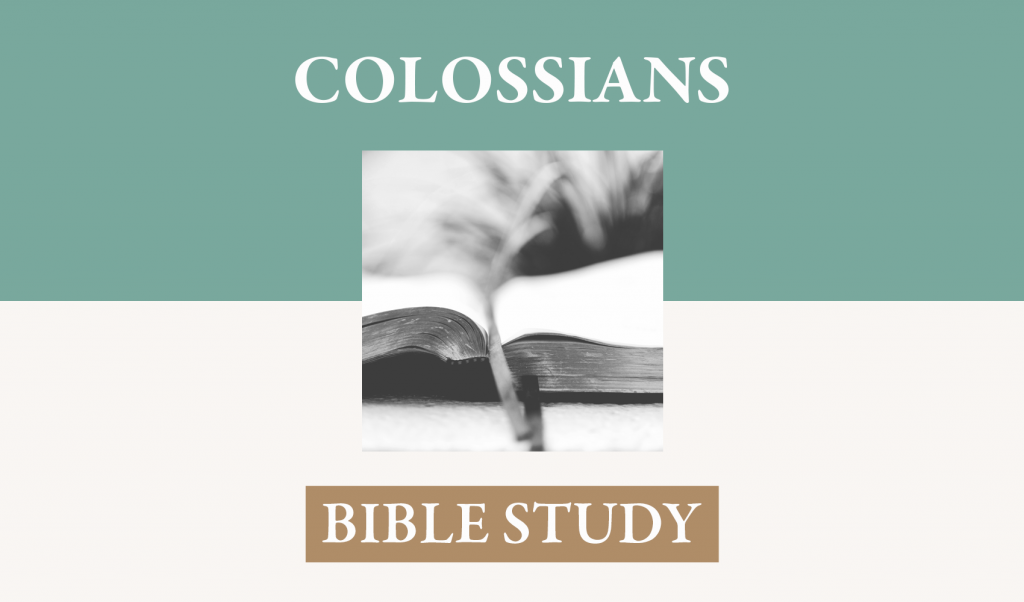 This exposition covers the lessons for the next two Sundays, October 31st and November 7th.

I. Paul indicates that experiential maturity holds that same faith through which a believer first received Christ. Maturity will involve an expansion of the mastery that such a faith has on the entire life but will not differ qualitatively from the point of reception. (6-8)

A. At the point of reception, faith attributes all to Christ and consents to absolute dependence on his atoning work and drawing grace. Bound up in this faith, resident within it, and worked out in the providences decreed for us by God, we discover the power of increasing assurance and progressive conformity to Christ. – “As you received, walk.”

B. Their complete maturity and growth in the true knowledge of God is implied, in fact, embedded, in their reception of Christ.

C. Because of the fullness of Christ himself and all that the believer receives from him, any account of intellectual life or morality not centered in Christ is deceitful (8). Continual walking in Christ gives clarity to the problems that have perplexed philosophers through the ages. “See to it that no one takes you captive through philosophy and empty deception.” Paul does not say that giving attention to the issues proposed through philosophic reasoning should not be addressed. How did the world come into being? What is evil? Why does suffering come? What is the character of the human soul? Is there an after-life? What are the defining qualities of beauty? What is virtue? All of these are natural queries that arise in a quest for truth and meaning and are fair game for Christian thinkers. The key to addressing these issues is that we give full credit to God’s revelation in Scripture and to the redemptive work of Christ as determinative in our answers. We do not get sidetracked by the “traditions of men” or by the “elementary principles of the world.” Popular opinions and musings have no stable point of reference in dealing with these issues and arise only from personal experience and not from demonstrated authority. Even so, the categories given in a variety of philosophical systems–Aristotle, Plato Socrates, Epicurus, Zeno and the Stoics–probably are the idea- generators that Paul has in mind. He had dealt with thinkers in all of these areas (Acts 17) and had seen the religious implications of their speculative musings take shape in Christian congregations (1 Corinthians 2:1-10). Divine revelation in Scripture had opened the door to the answer for all of these questions, and divine revelation all pointed to and found its culmination in Christ. Any musings that operated on human autonomy and not “according to Christ” was idolatrous and doomed to give a false and fatal answer. So far, Paul has shown that Christ is God, Creator, Reconciler, Resurrector, and undisputed Authority. Now, in light of possible challenges from ungrounded sophists, Paul revisits his exposition of the perfections of Christ.

II. He looks at the completeness of Christ’s work

B. By the work of Jesus in his human body, the work of regeneration is effected and given personal application to dead sinners by the life-giving operation of the Holy Spirit.

C. This work of Christ, in addition to establishing the grounds of spiritual awakening from death and darkness (Ephesians 2:1; 5:8-14) accomplished the necessary aspects of objective redemption – 13, 14

III. Christ in his completed work has exposed and demolished the allure of Substitutes (16-23)

A. Believers may now abandon ceremonies that have been fulfilled. The types and ceremonies of the law have found their fulfillment in Christ.

B. Avoid a false supernaturalism. These are just contrivances to avoid Christ. (18, 19). Religious teachers may seem compelling with their stories of visions, false humility, and secret knowledge. The Christian should resist and finally reject any teaching that depends on a secret knowledge or revelation or vision—any attempt at doctrine or instruction that does not arise from the written word of God in Scripture. Any teaching about worship, happiness now, or assurance for eternity that does not honor the person and work of Christ as set forth by apostolic authority in Scripture is corrupt and destructive. Everything in the Christian life and for the life of the church flows from Christ. We must hold “fast to the head [Christ], from whom the entire body, being supplied and held together by the joints and ligaments” for true growth in grace that comes from God (19). The necessary integration of the parts of the body that give health to the whole is a striking image of how every part of the church benefits from every other part. Paul expanded this analogy in 1 Corinthians 12.

C. Believers may abandon a synthetic, unrevealed, humanly-contrived moralism that has only an appearance of sanctity but no true power for holiness (20-23).

A. What could one possibly want that is not found in Christ? In him dwells the fullness of the Godhead in bodily form; we are complete in him; in him we are forgiven and given a new heart.

B. Is there any personal presence and personal ministry that is more valuable and comforting than Christ’s?

C. When we are in Christ, there is nothing in the threatening of the Law, the deceitfulness of sin, or the devil and his angels that can threaten our security of acceptance with God.

D. He has even opened the eyes of the heart that we may see the glory of the gifts that armor us for the spiritual walk of this life, fit us for a holy and righteous eternity, and will be fulfilled in the delight of undiminished love in the personal presence of the glorified Jesus.

E. A contemplation of these things should be the source of overflowing and unending gratitude.