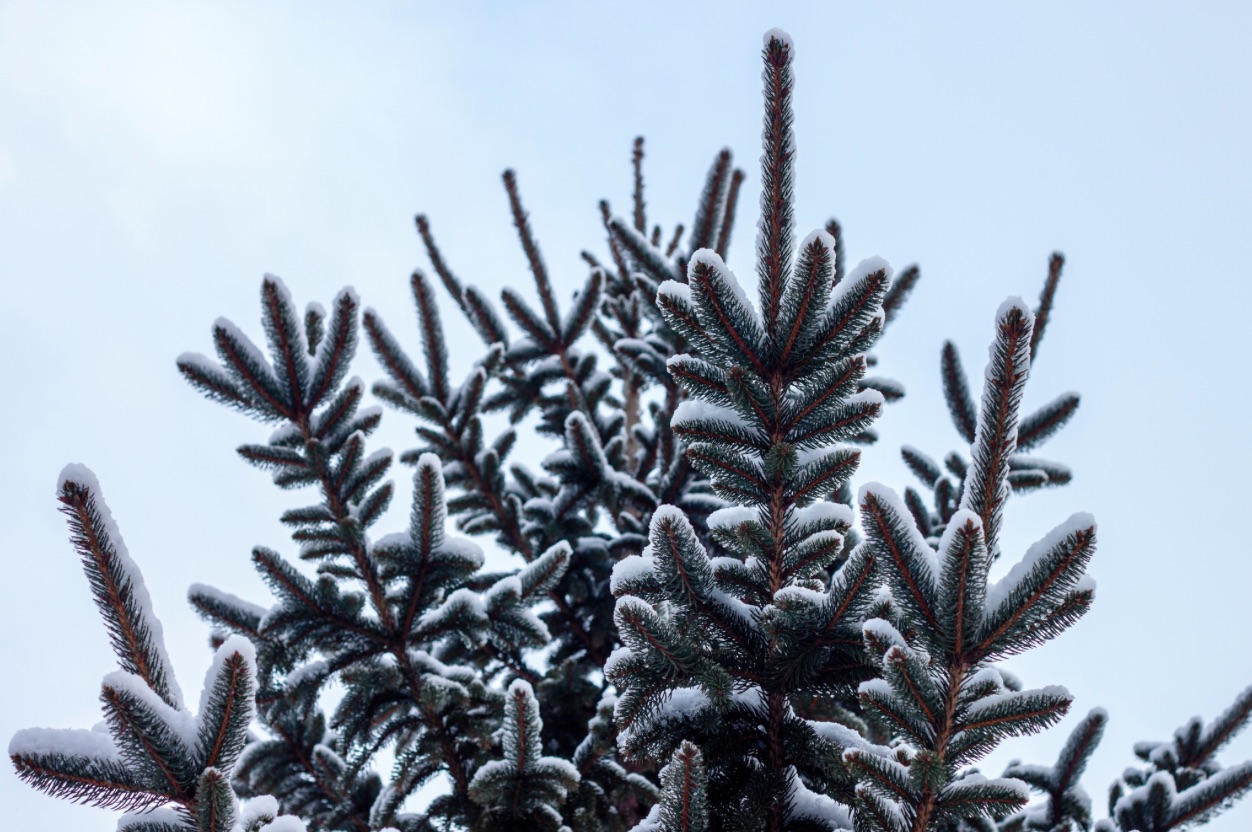 To show the pivotal importance of the substance of this creed we will point to five short insertions. Eusebius of Caesarea (the first church historian) proposed the confession used at baptism by his church (or something very similar) as a possible statement to bring unity to the deeply divided council. When the Arian party agreed to sign the proposed statement, the party led by Alexander of Alexandria (d. 328) and his young deacon Athanasius (296-373) knew that no real unity could be gained by such a tactic. A creed that simply embraced the serious doctrinal disagreements would only perpetuate substantial disharmony and lead to constant dispute. Preeminently, ambiguity about the legitimate object of worship would in fact endorse a principle of idolatry, and capitulate to the impression that Scripture itself was not clear in its christological focus. The wisdom of God would be impugned for leaving us without clarity on the status of the one he called “My beloved Son.” What could be more absurd in Christianity that to leave the christological issue a matter of opinion, ambiguity, and diverse formulation.

Much of the clarification was attached to the phrase in Eusebius’s confession “begotten from the Father.”

The first defining clarification is in the words, “from the substance of the Father.” This means that the Son’s existence is not an act of the will of the Father at a point outside his own eternity, as openly asserted by Arius. Athanasius contended, “Created things have come into being by God’s pleasure and by his will; but the Son is not a creation of his will, nor has he come into being subsequently, as the creation; but he is by nature the proper offspring of the Father’s substance.” The Son’s co-eternality is intrinsic to the very existence of the Father as Father. If God’s essential character is Father, then he could never be without his Son. One of the truths we know about God is his eternal paternity, and thus, from that substance the Son eternally exists as Son.

A second defining phrase is in the words “true God from true God.” Jesus was not inferior in his divinity; he was not constituted as a deity by dint of accomplishment; he was not granted the position or title as a reward for hard and faithful work. Because he was begotten of the substance of the Father, his deity is a true deity, and his Sonship means that he is of the substance of his Father, truly divine. The Son of God is a true Son in the natural and moral image and likeness of his Father.

Third, the creed denied Arius’s understanding of “begotten” by saying “not made.” The idea of begetting is a different reality from creating. That which is begotten shares the nature of the begetter. In his hard-hitting, intensely doctrinal, polemical refutation of Arianism entitled Contra Arianos, Athanasius points to the use of the term begotten in Scripture as sealing the reality that sons are of the same nature as their fathers. “The character of the parent determines the character of the offspring.” Humans, as created, arise in time and beget in time and their begotten ones follow them in time; but they are not different in nature. “But the nature is one,” Athanasius affirmed, “for the offspring is not unlike the parent, being his image, and all that is the Father’s is the Son’s.”

That sons follow fathers in time is not essential to the reality of begetting but only an accident of our state of being created and thus limited by time. That our children follow us in time does not mean they are of a different nature, but only that in creatures the process of begetting proceeds from generation to generation.

God as a begetter relates to his only-begotten as Son to Father, sharing the same eternal attributes while also maintaining eternally distinguishing traits of personhood. For this reason the doctrine of eternal generation was important to Athanasius. Never has there been any point in God’s eternal existence when the Son was not begotten by the Father, for, if there had been, then the relation of Father and Son would be merely temporal and there would be no way of maintaining a singularity in the divine essence while affirming a real plurality of persons. Without generation as an eternal operation of God, tritheism or modalism are the only alternatives.

This truth of eternal generation helps in the interpretation of certain passages of Scripture. For example, no doctrine gives greater aid in understanding John 5:26 than this. “For as the Father hath life in himself; so he hath given to the Son to have life in himself” (KJV). Self-existence is an attribute of God only. The Father has this attribute necessarily and, as eternally generated by the Father, so that attribute distinctive of deity constitutes the self-existence of the Son. “In him was life” (John 1:4). The Jews understood this ontological relationship of Father to Son to involve equality of essence. When Jesus called God his Father in a distinctive way, therefore, the Jews “sought the more to kill him, because he not only had broken the Sabbath, but said also that God was his Father, making himself equal with God” (John 5:18 KJV).

Fourth, the council adopted a controversial word to assure that none could interpret Christ’s nature as inferior to or other than that of the Father in any sense. The word was controversial because it was used by a theologian named Sabellius in asserting that the essence of divinity has appeared in three modes as Father, Son and Holy Spirit. Each of these manifestations is God, and, in sharing the same essence, are in reality only one person. Modalism as it was called was heretical and prejudiced some of the concerned against that word. The problem lay in the failure to define a difference between “essence” on the one hand, and “person” on the other. Tertullian (ca 160-ca 220) had successfully sustained the distinction in his Latin writings in deploying the terms una substantia and tres personae. His influence protected the West from the difficulty perceived in the mono-essentiality of Father and Son. In spite of the scary associations of the language among the Greeks, however, the creed affirmed that the Son is of “one substance with the Father.” If he is begotten of the substance of the Father, ascertaining that he is “true God of true God,” and that his begottenness can in no way be construed as createdness, then it is not only appropriate, but necessary that the term homousiov, same essence, substance, nature, be affirmed of the Son. Equivocation on this point should always incite suspicion as to one’s understanding of the nature of Jesus’ Sonship.

Fifth, in light of the strange anthropology of Arius, the creed attached to the phrase “was made flesh,” the exegetical comment “was made man.” Arius believed that the only thing really human about Jesus was his flesh. His rationality was constituted by the created word, or son. The true flesh of Jesus had been defended and taught rigorously in the days before Nicea in light of Gnostic tendencies to look at flesh and the entire material world as evil in itself. When John wrote, “the word became flesh and dwelt among us,” he never meant that Jesus had human flesh only but no human mind, affections or spirit. The phrase, “made man,” should not have been necessary to insert, but in light of the bizarre idea of Arius, this had to be defined.

Note also the soteriological concern involved in this. It was in pursuit of “our salvation” that he took our humanity into his eternal Sonship. Had he, the Eternal Son of God, not assumed our nature, he could in no wise be our savior. He could not have lived for us in order to grant us his righteousness; he could not have died for us to bear our load of sin, guilt, and punishment. “The free gift by the grace of that one man Jesus Christ abounded for many” (Romans 5:15).

The Creed of Nicea is not Scripture and has no authority as a creed. Its synthetic arrangement, however, of clearly biblical ideas, and its clarifying exegetical phrases give aid to the Christian in declaring with the mouth the esteem for and dependence on Jesus as Son of God and Savior that should be in the heart. Philip Schaff called these phrases “so many trophies of orthodoxy in its mighty struggle with the Arian heresy” [Schaff, Creeds, 1:24] This creed is a faithful expression of the announcement given by the angels at Jesus’ birth: “Unto you is born this day in the city of David a Savior, who is Christ, the Lord.”

We believe in one God, the Father almighty, maker of all things visible and invisible; And in one Lord, Jesus Christ, the Son of God, begotten from the Father, only-begotten, that is, from the substance of the Father, God from God, light from light, true God from true God, begotten not made, of one substance with the Father, through Whom all things were made, things in heaven and things on earth, Who for of us men and for our salvation came down, and was made flesh and was made man, and suffered, and rose again on the third day, and ascended to the heavens, and will come to judge the living and dead, And in the Holy Spirit. But as for those who say, “There was when He was not,” and, “Before being born He was not,” and that “He came into existence out of nothing,” or who assert that the Son of God is of a different hypostasis or substance, or created, or is subject to alteration or change – these the catholic and apostolic church anathematizes.