Why God Sent His Son: Part 2 – Our Savior 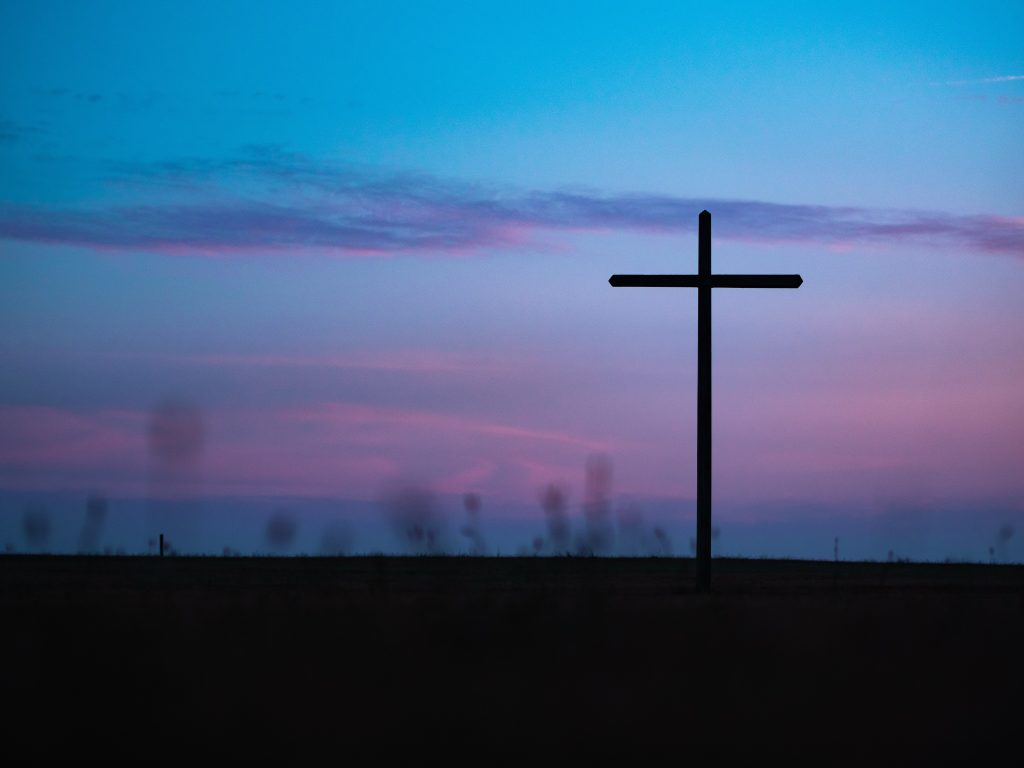 During this Christmas season, we have a wonderful opportunity to reflect on the question: Why did God send His Son? In my previous meditation from Galatians 4:1-7, we saw the Apostle Paul revealing our need for God to send His Son. Verses 1-3 show us that we are all enslaved to sin, and there is nothing that we can do to free ourselves from living in bondage under the world, the flesh, and the devil.

But this brings us to the great Christmas promise that God made to us in the midst of our sin! This hope of freedom from slavery and deliverance from bondage is recorded in verses 4-5. God has given us the greatest gift in all of human history by sending His Son to be our Savior!

Out of His love for us, God set a date to send His Son into the world. So our salvation is a Trinitarian work of divine love! God the Father, God the Son and God the Holy Spirit are equally one God who eternally exists as three persons in the Godhead. But when the fullness of the time had come which had been set before the foundation of the world, God the Father sent forth His Son. We also see God the Father sending forth the Spirit of His Son into our hearts in v. 6, which reveals all three persons working to accomplish our salvation from His punishment that we deserve in our sin. This is incomprehensible to us; it’s impossible for us to fully understand. Yet our Christmas hope depends on it!

So God has a glorious purpose through all of history. He is in control of all things, and God the Father determined exactly the right time to send His Son. As the Father of our inheritance, He appointed a time for us to receive His promised blessings. It was the fullness of time, which is why our years are divided by the birth of Christ: BC is “Before Christ,” and AD is the Latin “Anno Domini” which means “in the year of the Lord.”

How did God send His Son into the world? By being born of woman. This is the miracle of the incarnation, when God Himself as the Son becomes man in the person of Jesus Christ. In the womb of Mary was the Son of God! He became flesh and dwelt among us! In the birth of Christ, God and humanity come together in the person of Jesus!

God Himself became one of us to experience life in this world with all of its limitations, temptations, and struggles. As we read in Job 14:1: “Man who is born of woman is of few days and full of trouble.” Or as we are reminded in Hebrews 4:15, Christ “was in all points tempted as we are, yet without sin.”

Not only was Christ born of a woman, He was also born under the law. God revealed His law to mankind so that we would glorify Him in our obedience, but in our sin we live in rebellion against God and disobey His law which condemns us. Thankfully, through the incarnation Christ perfectly obeyed God’s righteous commands for us and fulfilled all types and shadows which pointed to Him. While we are all disobedient to God’s Law in our sin, Christ was obedient to God’s Law in His perfect righteousness. At the end of His life, as He was facing death on the cross, Jesus prayed to God: “Father, if you are willing, remove this cup from me. Nevertheless, not my will, but yours, be done” (Luke 22:42).

Christ’s life of obedience led to His death on the cross. Because God sent Him into this world to redeem those who were under the law, He substituted Himself in our place. Christ was born to drink the cup of God’s wrath for us through His death, so that we are redeemed from being under the slavery of sin. He is our Savior, saving us from the wrath of God!

It is through the cross that we are redeemed, and to be redeemed is to be set free! Building on the imagery of our slavery, to redeem a slave means to pay the price to the slave owner so that the slave is freed. Christ has purchased our freedom from slavery to sin by paying the penalty for our disobedience to God. He paid it by taking the wrath we deserve through His shed blood on the cross.

And it is here that we find the glory of the cross, because we see Christ receiving God’s wrath for our disobedience to His Law. In Christ’s death, He took all of the condemnation and punishment that we deserve upon Himself. He became our substitute, taking our place and in exchange giving us His place!

Three days later, He was raised from the dead, showing that His substitutionary sacrifice was accepted by God. Triumphing over death itself—which is the wages of sin—Christ was resurrected to reign over a redeemed people and a restored world.

Listen to how Martin Luther summarizes this precious gospel truth: “Although He was the Lord of the Law, He voluntarily placed Himself under the Law and permitted it to exercise dominion over Him, indeed to accuse and to condemn Him…. The Law condemned Him to the shameful death on the Cross” (A Commentary on St. Paul’s Epistle to the Galatians).

When we believe in Him, His sacrificial death satisfies the wrath of God for our sin, and His righteous life becomes ours. Instead of being under the condemnation of the Law, we are redeemed from it. Our lives are now under grace, the undeserved favor of God Himself! We are no longer born in Adam, we are born again in Christ!

But that is not all! Even this redemption has a greater purpose: that we might receive adoption as sons. We are redeemed so that we can be adopted by God. We become His children!

Do you know any families with adopted children? For these children, either their birth parents died or they are not able to take care of them. Through history, they have often been placed in orphanages, with people keeping watch over them until they become adults on their own or until a couple loves them enough to bring them into their family as their own children.

What a display of love! These children were not naturally born as their sons and daughters, and nothing in them leads their parents to adopt them. It is a parent’s voluntary commitment made out of compassion for them so that they will live and flourish in this world.

God chooses us as wretched sinners who deserve His judgment and sends His Son to take our place so that we are adopted as His children. Our relationship changes from standing guilty before God as our Judge to receiving love from God as our Father. And all of this is God’s doing! Nothing in us caused God to adopt us. We have simply received adoption as children of God through the redemption of Christ!