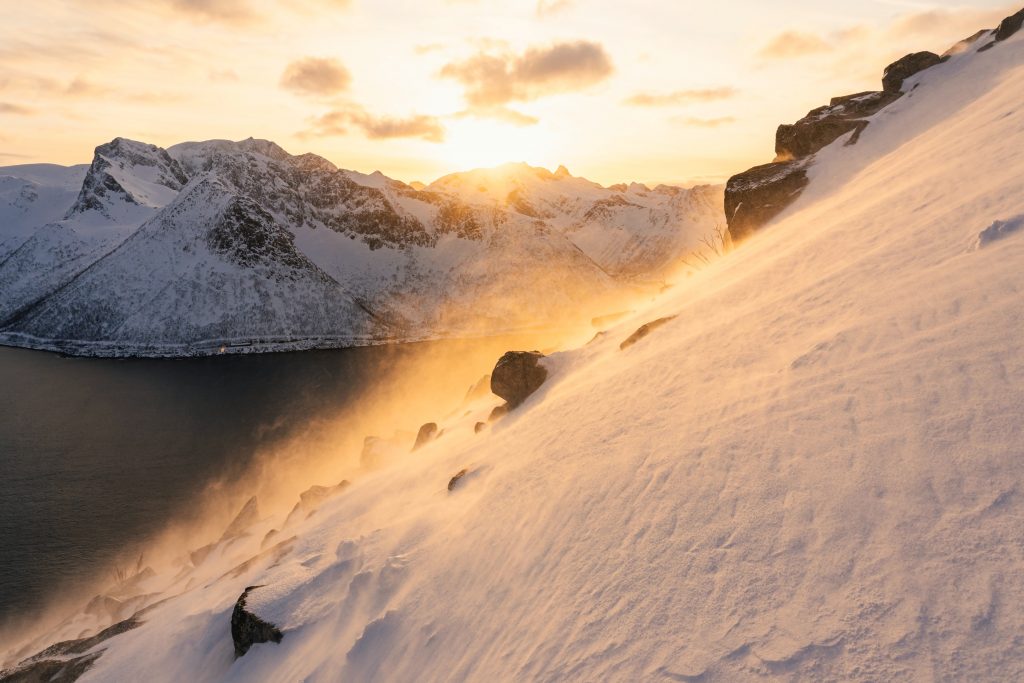 Paul’s knowledge of the gospel was a gift of immediate special revelation. He made specific claims to this throughout his ministry and by implication virtually everywhere. In Galatians 1 Paul defended his apostleship by showing that his knowledge of the gospel came, not from any secondary source, but from revelation  (Galatians 1:1, 8, 9, 12, 16). This claim is reiterated in 1 Corinthians 2 where Paul wrote, “These things God revealed to us through the Spirit” (1 Corinthians 2:10) and “We impart this in words not taught by human wisdom but taught by the Spirit interpreting spiritual truths in spiritual words” (13). Paul reminded the Ephesians, “The mystery was made known to me by revelation,” following it with words such as “my insight into the mystery of Christ . . .as it has now been revealed to his holy apostles and prophets by the Spirit” (Ephesians 3:3-5).

Other phrases imply the absolute revelatory authority of the message given to the apostles and their immediate circle of New Covenant prophets. These phrases appear as elements of arguments or admonitions that assume Paul’s absolute truthfulness as a recipient of divine revelation: “the ministry that I received from the Lord Jesus, to testify to the gospel of the grace of  God” (Acts 20:25); “Now to him who is able to strengthen you, according to my gospel and the preaching of Jesus Christ, according to the revelation of the mystery that was kept secret for long ages but has now been disclosed and through the prophetic writings has been made known to all nations” (Romans 16:25, 26); “If anyone thinks that he is a prophet, or spiritual, he should acknowledge that the things I am writing to you are a command of the Lord” (1 Corinthians 14:35); “Our sufficiency is from God, who has made us competent to be ministers of a new covenant” (2 Corinthians 3:5, 6); “We refuse to practice cunning or to tamper with God’s word” (2 Corinthians 4:2); “that words may be given me in opening my mouth boldly to proclaim the mystery of the gospel” (Ephesians 6:19); “Therefore, my beloved, as you have always obeyed, so now , . ,. “ (Philippians 2:12); “not shifting from the hope of the gospel that you heard, which has been proclaimed in all creation under heaven, and of which I, Paul became a minister” Colossians 1:23); “and when this letter has been  read among you, have it also read in the church of the Laodiceans, and see that you also read the letter from Laodicea” (Colossians 4:16); “when you received the word of God, which you heard from us, you accepted it not as the word of men but as what it really is, the word of God, which is at work in you believers” (1 Thessalonians 2: 13); “If anyone does not obey what we say in this letter, take note of that person, and have nothing to do with him” (2 Thessalonians 3:14); “the glorious gospel of the blessed God with which I have been entrusted” (1 Timothy 1:11); “I charge you in the presence of God, . . . to keep the commandments unstained, . . . guard the deposit entrusted to you” (1 Timothy 6:13, 20); “the gospel for which I was appointed a preacher and apostle and teacher; . . . he is able to guard until that day what has been entrusted to me. Follow the pattern of sound words you have heard from me” (2 Timothy 1:11-13); “You, however, have followed my teaching, my conduct, my aim in life, my faith; . . . continue in what you have learned and have firmly believed, knowing from whom you learned it and how from childhood you have been acquainted with the sacred writings [Holy Scriptures]” (2 Timothy 3:10, 15); “at the proper time manifested in his word through the preaching with which I have been entrusted by the command of God our Savior” (Titus 1:3). Many others could be added to these, but the assumption is plain and simple that Paul ministered and taught under the persuasion that he was the recipient of divine revelation—the content of which distinguished between truth and falsehood, trustworthiness and deceit, certainty and speculation, life and death, heaven and hell.

Paul’s engagement with the entire process of revelation necessarily involved a principle of continuity with the past. While being a steward of the New Covenant (1 Corinthians 4:1, 2), he was bound to show how the present expansion of both revelation and the redemptive plan had perfect continuity with the past. In his first engagement after his conversion, he went to the synagogue to prove that Jesus “is the Son of God,” by “proving that Jesus was the Christ” (Acts 9:20, 22). Acts 13:16-41 gives a summary of a sermon in which Paul did exactly that. As Paul met with the Jews in Rome, Acts 28:23 says, “From morning to evening, he expounded to them testifying to the kingdom of God and trying to convince them about Jesus from both the Law of Moses and from the Prophets.”  The nature of Paul’s arguments from the previous revelation to its mature meaning in the apostolic revelation shows the seamless continuity of truth and purpose and the centrality of a Christological grasp of the Old Testament as an intention of the Holy Spirit. Examples of this could be found in each of his epistles, but particularly in Galatians and Romans Paul’s strong claims to having received his message by immediate revelation shows that the revelatory process is not independent of other factors as they developed in the progress of revelation. The necessity of the careful use of human thought, knowledge of the details of previous revelation, knowledge of the historical manifestation of Christ’s person, words, actions, and works, and deduction from the consistency of the Jesus phenomenon as exclusively expressive of the expectations of previous revelation all constitute the Spirit’s work in bringing revelation to its culminating purpose.

There is such a continuity between the life and thought of the apostle and the content of the revelation that even personal references that make their way into the text serve their discreet purpose in confirming the truth. “I do not know whether I baptized anyone else,” is a deeply personal operation of Paul’s mind, but also serves in sealing the point that he is making about avoiding division in the church. “When you come, bring the cloak that I left that I left with Carpus at Troas, also the books, and above all the parchments” (2 Timothy 4:13). Slices of life that show the personal relations of the apostle, his physical needs, and his desire for continued study and writing give the life context within which apostolic revelation arises and the kind of personal awareness that interpenetrate that process of the Spirit.

This should make us contemplate the relation between revelation and inspiration. All Scripture is inspired. This includes the received canon of the Old Testament and the writings of the apostolic community responsible for preaching and writing the revealed mysteries of the New Testament (2 Timothy 3:14-17). So, whether the words are matters of absolutely unknowable propositions apart from their being revealed or whether the words concern events and personal experiences already known through observation or deduction, their presence in the biblical account comes from the divine determination of inclusion for a specific purpose of edifying, instructive, contextual connections within the larger corpus of revealed truth.

A passage of pure revelation, therefore, is preeminently a revealed truth to the mind and thought of the preacher/writer but it also is inspired in the verbal communication to other persons and subsequent generations: “He is the image of the invisible God, the first born of all creation. For by him all things were created, in heaven and on earth, visible and invisible, whether thrones or dominions or rulers or authorities—all things were created through him and for him” (Colossians 1:15, 16). That is simple, unalloyed revelatory truth and the language in which the revelation is given is inspired language. In this way, revelation and inspiration coalesce so that the inspired text itself consists of revealed truth.

In the same way, a text like this can be considered as revealed truth because of the peculiar purpose that God had in inspiring it to be included in the written text: “And so, from the day we heard, we have not ceased to pray for you, asking that you may be filled with the knowledge of his will in all spiritual wisdom and understanding” (Colossians 1:9).  Paul gives a historical report of his having heard of their conversion through the ministry of Epaphras and his consequent ceaseless prayers for them. The content of his prayer explored an important aspect of revealed truth concerning how one discerns God’s will. Not every aspect of that statement is revealed truth for Paul is reporting something that emerged in the context of his own knowledge and experience. The report, nevertheless, is a part of the inspired text and, therefore, bears the mark of God’s intention that the church in all generations would know this Pauline comment and be edified by it. Its inspiration, therefore, embraces the comment into the sphere of revelation.

Jesus spoke many words, gave many teachings to his apostles which were not recorded (John 21:25). Without contradiction such words from Jesus would be of canonical quality and would be unvarnished revelation. These words were not “written,” however, and so never became inspired Scripture. John saw a revelation from a mighty angel and seven thunders. He reported, “I was about the write, but I heard a voice from heaven saying, ‘Seal up what the seven thunders have said, and do not write it down’” (Revelation 10:4). He received a revelation but was not directed to write it down, so the revelation never became part of inspired Scripture. Inspiration, therefore, since it is the means by which revelation is preserved and accurately transmitted, may be seen as of revelatory in quality.

To receive all of Scripture, therefore, as the written revelation of God accurately and faithfully conforms to the Bible’s witness to itself. For the knowledge of the triune God and his gospel, for the health of the soul, for pure worship and devotion, for Christ-centered maturity, and for works that conform to divine regulation, the Bible is the lamp unto our feet and the light to our path.