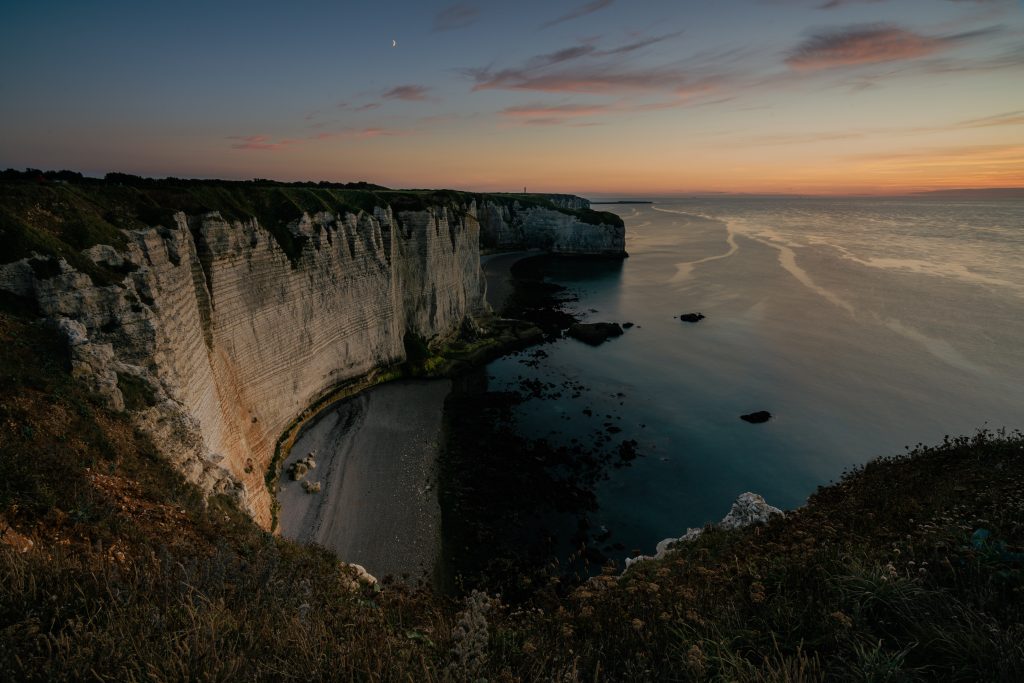 Four hundred years after the final word of revelation under the old covenant, the silence was broken when the Angel Gabriel spoke to Zacharias about the birth of his son, John (Luke 1.11-19). Gabriel put the birth of John in the context of Malachi 4: 5, 6 giving clear indication that the promises and prophecies of the old covenant were about to be fulfilled so that God would not “strike the earth with a curse.” This renewed revelation came to Mary, Joseph, and Elizabeth also. They were confronted with the initiation of coming events that would bring to completion God’s purpose of redemption. God would penetrate these events before, during, and after with revelation to explain their meaning, that “we might know the things that have been freely given to us by God” (1 Corinthians 2:12).

Within this flurry of renewed revelation, we find Simeon, a man “just and devout” as a channel of revelation (Luke 2:25). Simeon sought to live with equity according to the laws governing human relations in the law of Moses, wanting his worship to be sincere, fully consistent with a contrite heart. He grasped the spirituality of both tables of the law and lived transparently before God and man. He received the promises of God and held them with a heart of devotion. “The Holy Spirit was upon him” indicates that Simeon had revelatory experiences that had been confirmed to him in some undeniable way. He had been given such specific revelation that he knew that he would see the Lord’s anointed one, the very Christ. From the speech that he gives (Luke 2:28-35), the revelation to Simeon had been of a broad scope. This revelatory activity of the Holy Spirit was the first indication that the final prophecy of the Old Covenant was about to be fulfilled. The silence of God was broken and he was about to speak to us through the Son (Hebrews 1:1).

Apparently, Simeon understood clearly that the Holy Spirit prompted him to go to the temple with the expectation that the promise made to him personally was about to be fulfilled. Immediately upon seeing Joseph and Mary bring Jesus into the temple, he took the child from their arms and magnified the greatness of God. He spoke by the Spirit giving notice of how this child would affect the world.

Closest to home, as a personal note he said the striking words, “Now, Lord, you are releasing your bond-servant to depart in peace, according to your word.” Since this promise of seeing the Lord’s Christ had been fulfilled, Simeon could die in peace. He had no question of the certainty of this but believed the direct revelation that this babe was the child of promise. Condensing all the promises of deliverance for the people of God into the person and future work of the babe he now held and gazed upon, Simeon said, “Mine eyes have seen your salvation.” In this child, “Righteousness and peace have kissed each other” (Psalm 85:10).

Simeon saw this salvation as prepared in the presence of all peoples. He had learned from Scripture that when the great work of restoration takes place, it is not a restoration of national glory to Israel but a restoration of sinners to God. All peoples are fallen in Adam; but through the glory of Israel, that is, the line of David (Psalm 89:19-29), people from all nations will experience this deliverance from evil. Nevertheless, thechile also constituted “The glory of your people Israel.” It is for this very reason that Israel existed as the people of God, that the Savior would come through their nation. The true glory of Israel was this: “from whom, according to the flesh, Christ came, who is over all, the eternally blessed God. Amen.”

To Simeon was revealed that surrounding this child all would see the “rise and fall of many in Israel.” John later testified, “He was in the world, and the world was made by him, and the world knew him not. He came to his own and his own received him not, but to as many as received him, to them gave he the right to become children of God, to those who believe in his name” (John 1:10-12).

The child also was “For a sign to be opposed.” The slaughter of the infants, the opposition of his home town to his preaching, and the cry of the crowds, “We have no king but Caesar.” (John 19:15) substantiated this oracle.

Simeon spoke a word of revelation to Mary. The mother of this new born heard Simeon’s prophecy, “A sword will pierce even your own soul.” She would stand beneath the cross as this firstborn child suffered the unthinkable cruelty of a Roman cross. She would mourn for him as he cared tenderly for her (John 19:25-27).

Not her thoughts alone, however, would be revealed, but the true character of the religious leaders of Israel would be laid bare by this Messiah. He caused great controversy by his words and his works so that when he was opposed for his purity and his truth, the hearts of many were revealed. Jesus revealed the unbelief of the religious leaders among Israel: “You know neither me nor my Father. If you had known me, you would have known my Father also. . . .If God were your Father, you would love me, for I proceeded forth and came from God” (John 8:19, 42-44). Also to the apostles Jesus granted the Spirit for this discernment of heart on certain occasions: “Ananias, why has Satan filled your heart to lie to the Holy Spirit” (Acts 5:3); To Simon Magus Peter spoke, “You have neither part nor portion in this matter, for your heart is not right in the sight of God” (Acts 8:21); “Saul, who also is called Paul, filled with the Holy Spirit, looked intently at him [Elymas] and said, ‘O full of all deceit and all fraud, you son of the devil, you enemy of all righteousness, will you not cease perverting the straight ways of the Lord?’” (Acts 13:9, 10). Jesus confirmed this in his own warnings to his disciples when he said, “There is nothing covered that will not be revealed, nor hidden that will not be known” (Luke 12:2).

Those gifts of revelation were given specifically for the messianic period and the initial establishing of the church, the community of the new covenant, the pillar and foundation of the truth, during the time that the writing of Scripture was taking place. There was an overlap in special ministries of the Spirit and written instruction from the apostles (1 Timothy 3:14, 15; 1 John 2:20-22; 26-27). This period of special revelation has been fulfilled and now we rely on Scripture alone under the illuminating work of the Holy Spirit (2 Peter 1:16-21).