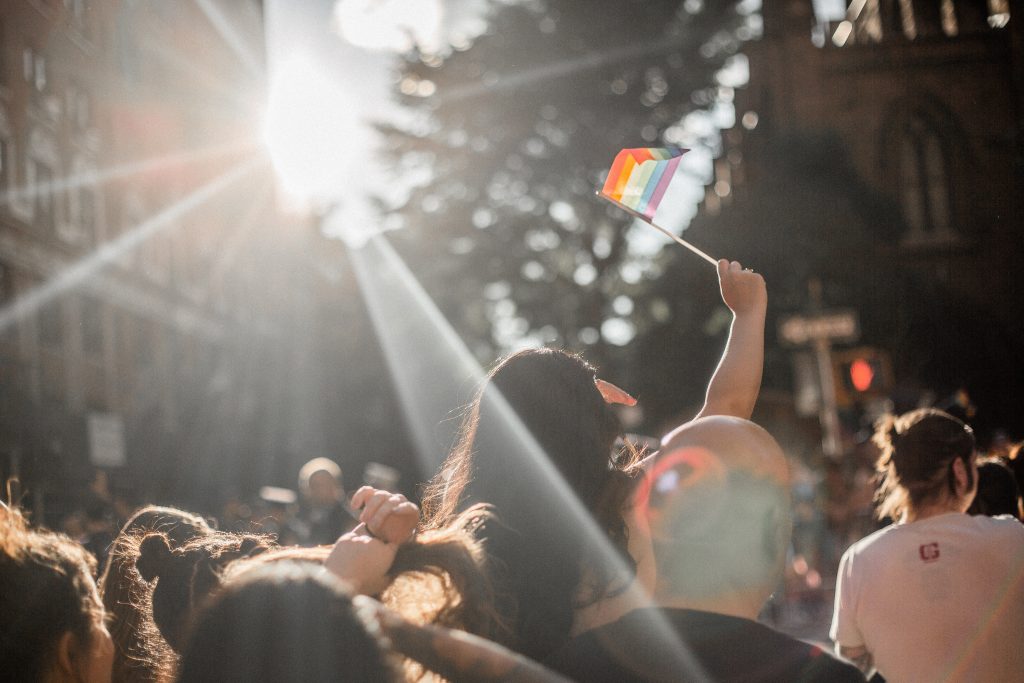 Sexual orientation is defined by the American Psychological Association (APA) as “an enduring emotional, romantic, or sexual attraction that one feels toward men, toward women or toward both.”[2] If having a “sexual orientation,” an “enduring attraction,” removes one’s moral culpability for one’s desires and actions, is it also true that having a “sinful orientation,” original sin or an enduring pattern of sinful desires, means one is no longer morally culpable as well?

What is remarkable about this whole discussion is that Revoice and their “gay Christian theology” has won many Christians to their cause by arguing that they cannot remember a time when they were not attracted to the same sex.[3]What will they do when someone says, “I cannot remember a time when I was not voyeuristic, lustful, greedy, prideful, angry,” or any other sin? Can any Christian remember a time when he did not desire sin? Does an enduring attraction or enduring desire that is contrary to God and his law remove one’s moral culpability? If the answer is “yes” for same-sex attraction, the answer must be “yes” for every sexual attraction under the sun, and for every enduring sinful desire under the sun as well. If the church creates an arbitrary category of “sinless desire” for same-sex attraction, her children will follow her logical example and do likewise for other “sinless desires” that are contrary to God as well.

Usually, we think that the most meaningful and rewarding way to experience our sexuality is physically with a spouse. The question under consideration here is whether that is the only way to express the urges that people feel when they experience sexual desire. To answer this question, however, we need to examine the fascinating but complex notion of sublimation.[5]

Collins does not believe marriage is the only God-glorifying way to express every urge associated with sexual desire. Yet, it is unbiblical to argue that a person can act on one’s sexual urges outside of marriage, regardless how one defines those sexual urges. If they are sexual, they must be reserved for marriage according to the Bible (Gen 2:20-25; Mark 10:2-9). Collins continues, “Christians should outline their own theological account of sublimation, or something like it, so they can understand how libido can be redirected in productive ways that are faithful to the call to pursue holiness.”[6] Collins encourages Christians to outline their own theological account of sublimation because there is not one in the Bible. Desires that are a result of the fall, motions of original sin, cannot be turned to holiness (James 1:13-15).

Furthermore, he writes, “In general, the desire for sexual intimacy can represent either a problem or a possibility. It can be an occasion for either temptation and sin, on one hand, or flourishing. As helpful as this distinction might seem, however, it’s not obvious how it fits the experience of gay people.”[7] Collins continues,

To discern a path forward that enables gay people to view their sexuality as a possibility and not merely as a problem, we need a more robust understanding of the meaning of sexuality. In chapter 9, we’ll explore how sexuality is a subset of the intrinsic relationality of the human soul and how marriage (together with the physical one-flesh union) is a metaphor of the union of Christ with the church. If this is true, then it seems possible to understand the sexual drive in relational terms—as a desire for relationship, and ultimately as a desire for God. The sexual desire for physical union with another is a signpost of the basic human need for relational connection with others and with God.

Once we grasp this simple truth, it’s just a small mental step to acknowledge that gay people can pursue the fulfillment of their sexuality through relational means instead of through a same-gender physical union. In this Christian understanding of sexuality, sublimation is not the realization of desire at a higher level that is still within the sexual domain (that’s Freudian, not biblical). Instead, it becomes the fulfillment of desire at a deeper level, in the relational, and therefore spiritual, domain. We can express our sexuality physically with our body, but we can fulfillour sexuality relationally with our heart. True sexual fulfilment is, at its root, a spiritual experience, not merely a physical one. This relational and spiritual fulfillment of sexuality is the goal of sublimation.

With this understanding of sublimation in mind, what might it look like in the daily life of a Christian who has committed himself or herself to a life of celibacy, whether gay or straight? Perhaps the easiest way to answer this question would be to explore the benefits of such a lifestyle. In general, these benefits come in two forms: increased relational intimacy with others and a deeper spirituality. When a gay person commits to a vocation of lifelong celibacy, sublimating sexual desire in the context of relationships with others can yield a form of emotional intimacy that can be a lifegiving source of relational fulfillment (more about this in chapter 8). Also, sublimated sexual desire in the context of serving God through some ministry of the church can likewise be a lifegiving source of spiritual enrichment.[8]

With a cursory glance at Collins’ assumptions, one can easily see that he is defining sexual desire outside of Scripture. One cannot parse “sex” from “sexual desire.” One cannot parse sinful desire out of “sexual desire” if that desire is a result of the fall and is for anyone other than one’s spouse. The problem is that Collins and Hill are encouraging men, not to look at their wives the way Adam looked at Eve, but to look at their same-sex friends the way that Eve looked at Adam, just without the genital desire. They call this “sublimation,” the turning of their same-sex attraction, a motion of original sin, to holiness.

Part 2 will apply Revoice’s logic to sexual desires that are more prominent among the population than homosexuality.

[2] “Just the Facts about Sexual Orientation and Youth: A Primer for Principals, Educators and School Personnel,” American Psychological Association, 2008, 3, https://www.apa.org/pi/lgbt/resources/just-the-facts.pdf.

[3] Nate Collins, All But Invisible: Exploring Identity Questions at the Intersection of Faith, Gender, and Sexuality (Grand Rapids: Zondervan, 2017), 178-79.