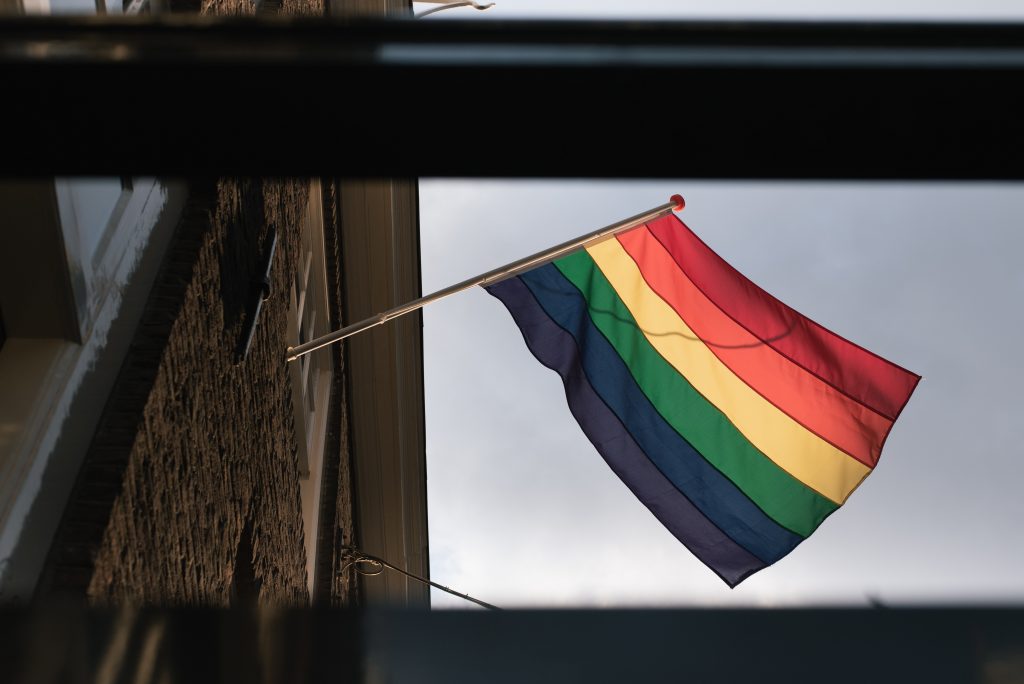 Yet, James 1:13-15 goes directly against trying to sublimate one’s desires that are contrary to God’s design. If a desire tempts one towards sin from within, the desire is not from God according to James (James 1:14). Sinful desire is always aimed at sin and death and cannot be aimed at holiness (James 1:13-17). If a desire does not tempt one from within towards sin, it is from God, due to his creating or regenerating work (James 1:16-18). This doctrine of sublimation from Hill and Collins raises at least two questions: (1) “If part of same-sex attraction, which is not designed by God, can be sublimated, can part of every other unnatural attraction be reordered to holy things as well?” (2) “If part of same-sex desire can be sublimated, can part of every other sinful desire be reordered toward holiness as well?”

Part of All Paraphilic Desires

More prominent than homosexual orientation. In psychology, abnormal sexual desires are referred to as paraphilic desires. There are several paraphilic patterns of sexual desire that are more prominent in the population than patterns of same-sex sexual desires. Thus, pastors are more likely to have Christians in their congregations who struggle with these patterns of desire than patterns of same-sex attraction. According to the Family Equality Council, approximately 4.3 percent of adults in the United States identify as gay, bisexual, transgender or queer (LGBTQ).[1] Yet, patterns (defined later) of voyeuristic, fetishistic, and frotteuristic sexual desires are more prominent in the population. In a study conducted by the University of Quebec, Canada in 2016, professors Christian Joyal and Julie Carpentier sought to find out how prevalent paraphilic interests and behaviors were in the general population. They interviewed 1040 adults (475 men and 565 women) and asked several questions of the respondents:

Voyeurism: “Have you ever been sexually aroused while watching a stranger, who was unaware of your presence, while they were nude, were undressing, or were having sexual relations?”

Frotteurism: “Have you ever been sexually aroused by touching or by rubbing yourself against a stranger?”[2]

Their findings were surprising concerning how prominent these paraphilic desires are in the general population.

Voyeurism. The most popular paraphilic desire, (“wish to experience,” 29.1 percent, maybe or absolutely; 9.6 percent, absolutely) and behavior (23.6 percent, sometimes or often; 3.4 percent, often) was voyeurism: “watching unaware strangers in the nude or during sexual activity”; there were over 40 percent with a pattern of voyeuristic desire and 27 percent with a pattern of voyeuristic behavior.[3] How should a pastor respond if a college student comes to him and says, “I have struggled with desiring to see women undress without them knowing I am watching for as long as I can remember. I look at voyeuristic pornography off and on, but the desire is persistent; it will not go away. Sometimes I can resist it; other times, it is overwhelming. I never chose this desire; I hate it?” Following Hill’s and Collins’ lead, perhaps the pastor could tell the young man that he can separate the sinful elements of his voyeurism from the good parts of his voyeurism. The sexual elements of his voyeurism need to be rejected, the desire to watch people undress or have sex; but the good parts, the desire to watch people without their knowledge, can be sublimated to holy things. The young man could lead a security team at the church, or run the camera during worship, if the worship services are recorded. Concerning a career, the pastor could encourage the young man to pursue a vocation in fields where watching people without their knowledge is part of the day-to-day work—security, news camera man, lifeguard, or law-enforcement.

The problem with this pastor’s attempt at sublimation is that desiring to watch people without their knowledge is not a holy desire. It is not a love for God or one’s neighbor that motivates the desire, but a sinful desire, a desire to be god, to use another human being for one’s pleasure without his or her knowledge. A holy desire would be to watch people for God’s glory and for their good, not for one’s own selfish desires (Matt 22:37-39). But such a response to voyeuristic desires is not sublimation, it is not a turning of voyeuristic desires toward holiness, but a turning of sinful desires to a less heinous sin. Instead, repentance should be encouraged. The sinful voyeuristic desire must be rejected and replaced with holy desires of love for God and one’s neighbor.

Fetishism. The second most popular paraphilic desire (“wish to experience,” 29.7 percent, maybe or absolutely; 8.3 percent, absolutely) and behavior (22.8 percent, sometimes or often; 3.4 percent, often) was fetishism: “being aroused by inanimate non-sexual objects”; there were 40 percent with a pattern of fetishistic desires and over 26 percent with a pattern of fetishistic behavior.[4] One of the most popular fetishistic desires is a foot and shoe fetish.[5] How should a pastor respond if a deacon in his forties comes to him and says, “I have a strange habit that I am ashamed to admit; it is a foot fetish. I have struggled with this for as long as I can remember. Working part-time at a shoe store has helped. I need to be around feet. But it is negatively impacting my marriage. My wife does not want me to mess with her feet; it grosses her out.” Following Hill’s and Collins’ lead, perhaps the pastor could tell his deacon that he is doing exactly what he is supposed to do. He is not acting on the desire in a sexual way, and he has turned the desire to serving the public. The pastor could even put the deacon over a monthly foot-washing ceremony during morning worship to help him associate his fetish with holy community. After all, Jesus washed the disciples’ feet (John 13:1-17). Perhaps this deacon could help his church truly serve one another in a way that they never have before, because people are often repulsed at the thought of touching one another’s feet.

The problem with the pastor’s approach is that it is focused on his deacon fulfilling his desires that are rooted in original sin or concupiscence, not in the design of God. The deacon does not want to serve people; he wants to use the public and his brothers and sisters in Christ to serve his own sinful desires. When Jesus washed his disciples’ feet, he obviously did not have a fetish; rather, he sought to do the work of a slave to leave an example concerning how Christians are to prefer one another above themselves. If a deacon organizes a foot-washing because he has a foot and shoe fetish, he is preferring himself above his church, doing the opposite of what Jesus taught, even if he has no sexual desires in the ceremony.

Part 3 will continue to apply Revoice’s logic to sexual desires that are more prominent among the population than homosexuality, and it will also apply their logic to less prominent sexual desires.

[2] Christian C. Joyal and Julie Carpentier, “The Prevalence of Paraphilic Interests and Behaviors in the General Population: A Provincial Survey,” in The Journal of Sex Research (March 3, 2016), 5, https://www.cicc-iccc.org/public/media/files/prod/publication_files/Joyal_Carpentier_2016_Journal_Sex_research.pdf.

[3] Joyal and Carpentier, “The Prevalence of Paraphilic Interests and Behaviors in the General Population,” 8.

[4] Joyal and Carpentier, “The Prevalence of Paraphilic Interests and Behaviors in the General Population,” 8.