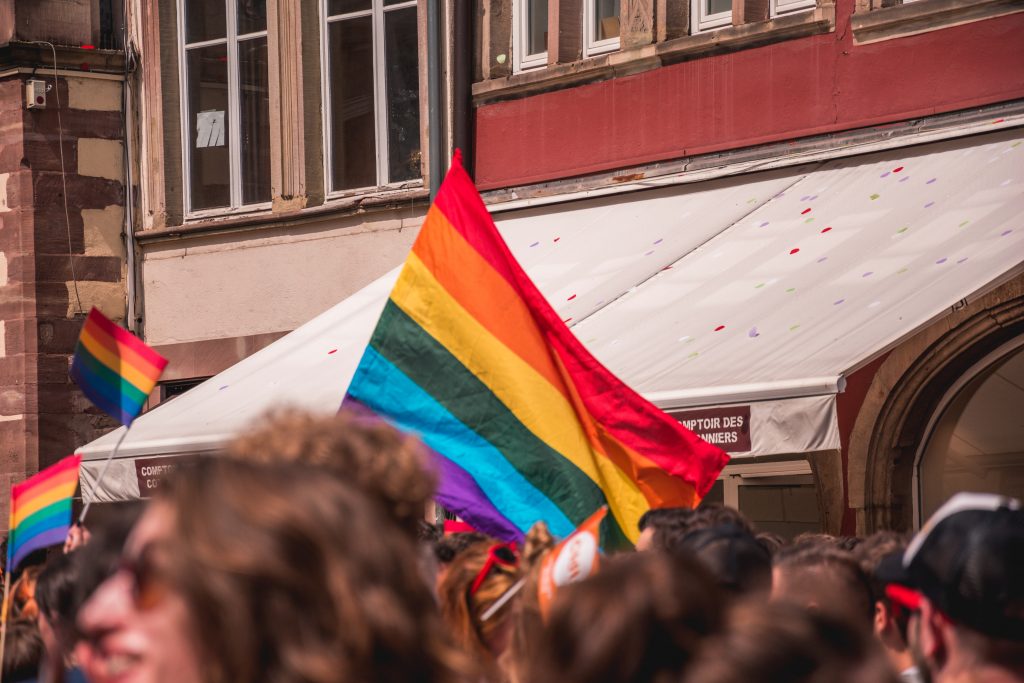 Part 2 argued that Revoice’s logic concerning turning same-sex attraction to holiness is unbiblical and absurd, and the absurdity is clearly revealed when their logic is applied to abnormal sexual desires that are more prominent in the population than homosexuality. Part 2 showed that voyeurism and fetishism cannot be turned to holiness, but what about frotteurism?

But what about pedophilia? And what about other common sinful desires? Can they be turned to holiness?

Pedophilia. Another less popular paraphilic desire (“about 4% of men self-report sexual interest in and arousal to young children”)[1] and behavior (.3 percent, sometimes or often; 0 percent, often) was pedophilia.[2] How should a pastor respond if a man in his thirties comes to him and says, “I cannot remember a time when I was not sexually attracted to children. I have never acted on the desire, but I battle it every day. Can you help me overcome?” Following Hill’s and Collins’ example, the pastor could tell the man to separate his pedophilic sexual attraction from his pedophilic attraction. To sublimate his pedophilic attraction toward holy things, the pastor could put the man over leading the nursery, and teaching children’s Sunday school classes. He could lead Vacation Bible School or start a “big brother” mentoring ministry for children in the church. Baptists are often accused of not loving children biblically in the church since children are not viewed as part of the covenant community (church) until they profess faith in Christ. Perhaps those with pedophilic attraction could be the catalyst to properly show the Baptist church how to really love children? After all, a desire to love children is a good and holy thing, for “Jesus loves the little children, all the children of the world.”

The problem with the pastor’s approach is that the man is not seeking to love and minister to children. Rather, he has an unnatural desire towards children, and he is using them to pacify this unnatural desire. He does not love children more because of his pedophilic desires; he loves them less. The way to repent from pedophilic desires is not through being around children more. Repentance would look like avoiding children until the unnatural desires towards them cease, while also seeking to replace the ungodly desires with holy God-designed desires.

No Sinful Desire Can Be Sublimated to Holiness

Part of All Sinful Desires

Since Hill and Collins believe one can sublimate one’s homosexual orientation due to it being an unchosen persistent pattern of desire, then one can argue that original sin, an “unchosen” persistent pattern of desire, can be sublimated as well. As I showed in my dissertation, during the Reformation, Protestants argued that God declared Christians righteous through Christ’s passive and active obedience imputed to them and their sin (including original sin) imputed to Christ. Original sin, though no longer imputed, remains in the regenerate in the form of sinful desire. Therefore, if “unchosen” means “not consciously chosen,” every Christian has a “pattern of unchosen sinful desire” that plagues him or her in this life called original sin or sinful desire. If sexual orientations that are inherently sinful, contrary to God’s design, can be sublimated, then all orientations of sinful desires can be sublimated as well. This section will now consider a few common sinful desires—adultery, greed, pride, and unrighteous anger—and what their sublimation may look like if Hill’s and Collins’ logic is carried to its consistent end.

Adultery. Consider adultery. If a Christian man who is married approaches his pastor to ask for prayer about adulterous desires he is having towards a co-worker, how should the pastor respond? Should the pastor encourage him to befriend the woman, to make a “committed, promise-sealed friendship” as Hill advocates for “gay Christians”[3] or to pursue a “celibate partnership” with her as Collins advocates for “gay Christians”?[4] Of course not. The answer for desiring “opposite sex intimacy” from someone other than one’s wife is not to pursue a friendship with the person of desire. Rather, the goal should be to get away from the person. And if that cannot be arranged, at the very least, the goal should be to view the person as a mother or a sister, “in all purity” (1 Tim 5:2), or by implication, as a father or a brother (1 Tim 5:1-2).

Greed. What about greed? If a businessman in a church comes to his pastor and says that he has struggled with greed since he received fifteen dollars for his tenth birthday as a child, should the pastor tell him that maybe he can turn his greed to holiness? The pastor might suggest, “You should lead the building fund program at church, or you could lead a tithing campaign that would encourage people to give to the ministries of the church.” Perhaps the man could turn his desire for amassing large amounts of money to amassing large amounts of money for the church.

Part 5 will continue to show the absurdity of Revoice’s logic by applying it to other common non-sexual sinful desires, and it will also provide a summary of the series and a conclusion.

[1] Sandy K. Wurtele, Dominique A. Simons, and Leah J. Parker, “Understanding Men’s Self-Reported Sexual Interest in Children,” In Archives of Sexual Behavior (November, 2018) 47: 2255-56. Joyal’s and Carpentier’s study could not be used for statistics on desire for pedophilia because, for a reason I do not understand, they did not include pedophilic arousal in their question about pedophilia like they did for the other paraphilic desires. Instead, they merely asked, “Have you ever engaged in sexual activities with a child aged 13 years old or less after you were an adult?” Christian C. Joyal and Julie Carpentier, “The Prevalence of Paraphilic Interests and Behaviors in the General Population: A Provincial Survey,” in The Journal of Sex Research (March 3, 2016), https://www.cicc-iccc.org/public/media/files/prod/publication_files/Joyal_Carpentier_2016_Journal_Sex_research.pdf, 5.

[2] Joyal and Carpentier, “The Prevalence of Paraphilic Interests and Behaviors in the General Population,” 8.

[4] Nate Collins, All But Invisible: Exploring Identity Questions at the Intersection of Faith, Gender, and Sexuality (Grand Rapids: Zondervan, 2017), 98.