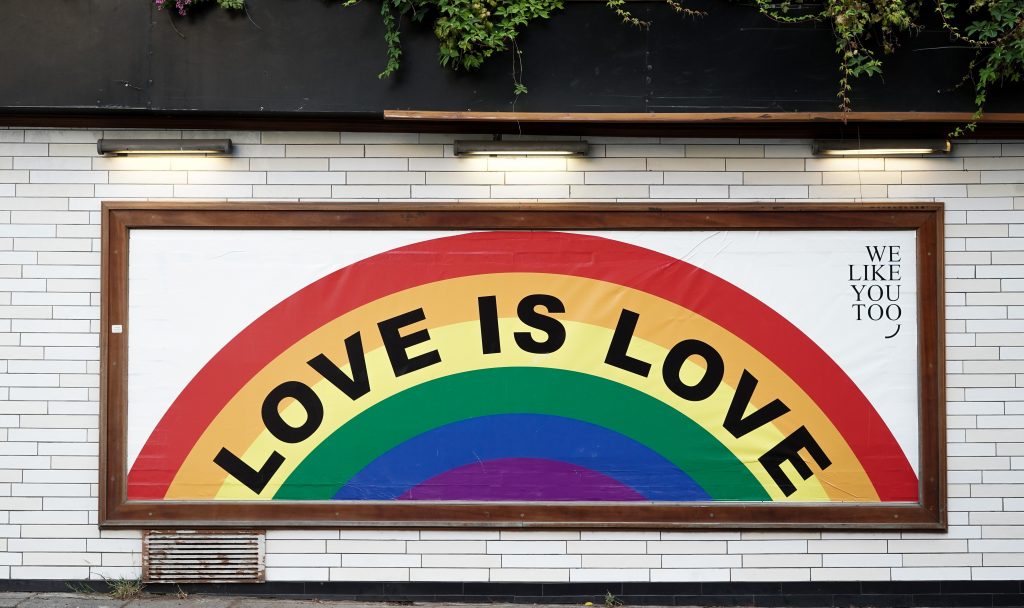 Part 2 argued that Revoice’s logic concerning turning same-sex attraction to holiness is unbiblical and absurd, and the absurdity is clearly revealed when their logic is applied to abnormal sexual desires that are more prominent in the population than homosexuality. Part 2 showed that voyeurism and fetishism cannot be turned to holiness, but what about frotteurism?

Frotteurism. The fourth most popular paraphilic desire in Joyal’s and Carpentier’s study, (“wish to experience,” 15 percent, maybe or absolutely; 3.8 percent, absolutely) and behavior (17.1 percent, sometimes or often; .7 percent, often) was frotteurism: “being aroused by touching or rubbing up against a stranger”; there were over 18 percent with a pattern of frotteuristic desires and over 17 percent with a pattern of frotteuristic behavior.[1] How should a pastor respond if a deacon’s wife in her late forties comes to him and says,

I have been a dentist for 22 years, and I have struggled with something strange. I am ashamed to admit it. When I work on men’s teeth, I often put my breasts up against their heads, and as I work, my breasts rub on them some. I need to get close to them to be able to work, but not that close. I am not sure if it is the thrill, adrenaline, or what, but I know it is wrong. Your sermon last Sunday on adultery convicted me, and I had to come talk with you. I do not do this to the women, or even to all the men; just the attractive or young ones?

Following Hill’s and Collins’ example, perhaps the pastor could tell his deacon’s wife that her desire to rub up against strangers is wrong but the desire to touch strangers is not. Jesus touched strangers, after all. Thus, to sublimate this desire for touching strangers, the pastor could suggest that this woman become a greeter for the worship services at church and join the nursing home ministry. Through these two ministries, she can touch many strangers, and many lives as well.

The problem with the pastor’s counsel, like the desire mentioned before, is that he encouraged her to fulfill her ungodly desires rather than encouraging total repentance. A frotteuristic desire cannot be satisfied with something less. If this woman follows her pastor’s counsel, she will be frustrated because greeting strangers at church and hugging strangers in the nursing home will not pacify her frotteuristic desires. There will be little thrill or adrenaline; not to mention a crime has been committed—abuse, assault, etc. The woman will not be satisfied until she rejects her frotteuristic desires entirely (repentance) and seeks to replace them with love for God and her neighbor, which entails that her breasts, sexually, are for her husband and her sexual desires should be directed toward him alone (Prov 5:18-23). Selfish desires for contact with strangers rooted in frotteurism are not a holy foundation for evangelism or benevolence. Such desires should be rejected entirely and replaced with holy self-less desires of loving God and loving one’s neighbor (Gal 5:16-26).

Less prominent than same-sex sexual desires. The above sexual desires were not the only ones that were patterns among the population, less prominent sexual desires like transvestism and pedophilia were also named. Joyal and Carpentier asked several more questions of respondents: (1) “Transvestism: “Have you ever been sexually aroused by wearing clothing from the opposite sex?” (2) Pedophilia: “Have you ever engaged in sexual activities with a child aged 13 years old or less after you were an adult?”[2]

Transvestism. The sixth most popular paraphilic desire in the study (“wish to experience,” 4.2 percent, maybe or absolutely; .6 percent, absolutely) and behavior (3.3 percent, sometimes or often; .5 percent, often) was transvestism: “being aroused by wearing clothing from the opposite sex”; there were almost 5 percent with a pattern of transvestic desires and almost 4 percent with a pattern of transvestic behavior.[3] How should a pastor respond if a man in his late thirties comes to him and says, “When I was young, when no one was home, I would put on my sister’s clothes, and dance around in front of the mirror. Since I have been married, I do the same thing with my wife’s clothes when she is gone. But the other day, I started to do this with my daughter’s clothes. She is fifteen. It really bothered me. I know it is wrong. Can you help me?” Following Hill’s and Collins’ logic, this pastor could tell this man that he can separate his transvestic sexual desire from his transvestic desire. The desire to wear women’s clothes in private is wrong, but not necessarily in certain settings. Perhaps the pastor could put the man over leading a drama ministry at church or a clown ministry, or both? The drama team could lead a play once every three months, or the clown ministry could minister once per month in the community, or both? As part of his acting, he could play opposite-sex characters as needed, which would require him to wear women’s clothing, and possibly pacify his transvestism.

The problem with the pastor’s approach is that it is about “managing” the person’s sinful desire rather than repentance. One cannot pacify desires contrary to God’s design and be holy. Although dressing in women’s clothes for arousal is a more heinous sin, dressing in women’s clothes to satisfy some unnatural longing to be the opposite sex is still sin. God forbids cross-dressing in Deuteronomy 22:5. Repentance is not “sinning in a less heinous way.” Repentance is rejecting the sin by turning from the sinful desire, and through faith embracing Christ while pursuing a holy God-designed desire. God not only tells us what to do in His word, He tells us what to desire as well (Deut 5:21; Matt 22:37-39; James 1:13-15).

Part 4 will continue to apply Revoice’s logic to sexual desires that are less prominent among the population than homosexuality, like pedophilia, and it will also apply their logic to other common non-sexual sinful desires as well.

[2] Christian C. Joyal and Julie Carpentier, “The Prevalence of Paraphilic Interests and Behaviors in the General Population: A Provincial Survey,” in The Journal of Sex Research (March 3, 2016), 5, https://www.cicc-iccc.org/public/media/files/prod/publication_files/Joyal_Carpentier_2016_Journal_Sex_research.pdf, 5.

[3] Joyal and Carpentier, “The Prevalence of Paraphilic Interests and Behaviors in the General Population,” 8.