What About Prophets Today? – Part 1 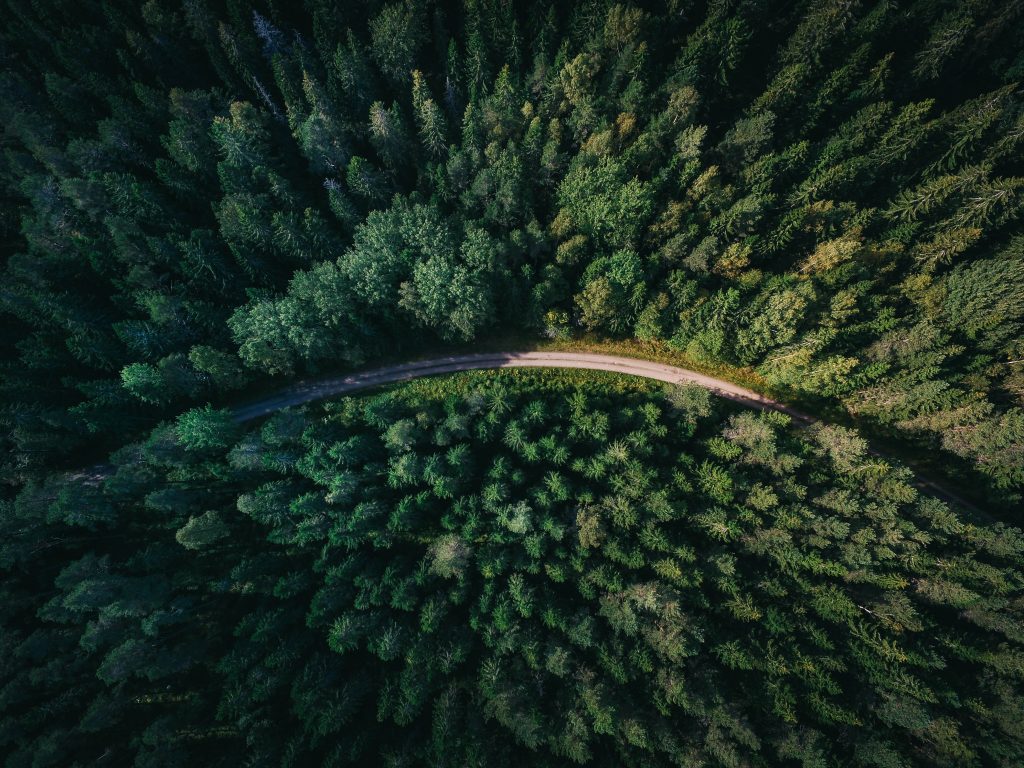 This article is part 1 of a 6-part series entitled What About Prophets Today?

Discussions about continuationism vis-à-vis cessationism have left me with two related challenges. One challenge calls for a verse, a credible proof-text, that can be fairly understood to say, “The gifts of special revelation will end after the generation of the apostles.” The second challenge then asks, “If prophecy in the New Testament is the infallible communication of revealed truth, and these gifts have ended, how does one explain the two witnesses of Revelation 11:3 and 6?” The text says they “will prophesy for twelve hundred and sixty days,” and “during the days of their prophesying” are given extraordinary powers. I personally view that reference to prophesying as a summary statement of the faithful proclamation of the revealed truth of Scripture through the ages as a consistent confrontation of the world with the issues of sin, righteousness, and judgment as fully expressed in the gospel.

The response to that view in substance says, “Suddenly prophecy, instead of accurate communication of immediately revealed truth, becomes preaching the inscripturated Word of God.” This redefinition of “prophecy to be nothing more than preaching” appears to be “a convenient, last-minute adjustment in the meaning of prophecy solely designed to evade the conclusion that the NT gift is itself still operative throughout the course of the present church age.”

I cannot meet the challenge of providing a single proof-text. Most texts concerning these gifts of revelation have to do with the proper use of them—regulation, repression, and encouragement—in the New Testament churches. As is true in the development of theological ideas, a credible proof-text can be seen only in light of a more comprehensive synthesis of relevant passages in their larger context. This interpretive essay, therefore, is an attempt to provide that synthesis that affirms cessationism and is then applied to the larger context of the prophets of Revelation 11.

When Jesus went about preaching and teaching (Matthew 4:17, 23; 5:1,2; 7:28, 29), none would doubt that he spoke truth absolutely. He thus spoke out of his perfect knowledge of the written word of God and his knowledge of other things not revealed up to that time, for he had “descended from heaven” (John 3:13). He knew revealed truth both in its present written form and by way of special knowledge intrinsic to his being the Son of God; He was granted the fullness of the Spirit without measure, and intrinsically had a perfect knowledge of the Father. With him when he preached, the words were revelation; when he taught, the words were revelation. With Jesus no lines were drawn between revelation and the manner of communication either through teaching or proclamation.

During the apostolic era, preaching, teaching, and special revelation also went hand in hand. Apostles and prophets were appointed for receiving and communicating the revelation of the “deep things of God,” and the “mystery of Christ,” the “unsearchable riches of Christ,” and the “manifold wisdom of God” (1 Corinthians 2:10; Ephesians 3:4, 8, 10). Paul was appointed “a preacher and an apostle . . . a teacher of the Gentiles in faith and truth” (1 Timothy 2:7). In speaking of the deposit of the gospel given to him by special revelation, Paul again refers to himself as having been appointed as “a preacher, and apostle, and a teacher of the Gentiles” (2 Timothy 1:11). His office was that of apostle, by which he served as an eyewitness to the glory of the resurrected Christ. In the office of apostle, he received a deposit of truth, a “pattern of sound words” that those who followed him were to guard” (2 Timothy 1:12, 13). He was given special appointment by Christ as a witness and a teacher of its implications, teaching that was accompanied by a variety of signs (Romans 15:18, 19; 2 Corinthians 12:12).

Paul and other apostles would serve as authoritative guides for the ordering and teaching of the churches to be founded in the immediate post-Pentecost era. He, along with others, would eventually write the revealed message as a perpetual authority for doctrine, reproof, correction, and instruction in righteousness (2 Timothy 3:16 “profitable for doctrine . . . that the man of God may be complete”; 2 Corinthians 13:10 – “Therefore I write these things being absent, . . . according to the authority which the Lord has given me for edification and not for destruction;”). Or as Peter admonished, “I am writing [this second letter to stir you up] that you should remember the predictions of the holy prophets and the commandments of the Lord and Savior through your apostles” (2 Peter 3:1,2).

As apostles, they received, as the prophets did under the old covenant, special revelation of all the provisions of the new covenant inaugurated by Christ in his ministry and brought to culmination in his death, burial, and resurrection. Paul’s preaching was a manifestation of this special revelation (Galatians 1:11, 12): “But I make known to you, brethren, that the gospel which was preached by me is not according to man. For I neither received it from man, nor was I taught it, but it came through the revelation of Jesus Christ.” In his office as an apostle, therefore, his function as a preacher had as its content the special revelation of the gospel in all of its implications.

Paul called his preaching of the new covenant a ministry (2 Corinthians 4:1-6). He also served as a teacher. For a year and six months, Paul labored in Corinth “teaching the word of God among them” (Acts 18:11). Was this teaching confined only to exposition of Old Testament texts, or did it include prophetic revelation he received in his apostolic office? We can only draw the conclusion that the word “teaching” in this case included the prophetic revelation that consistently penetrated his ministry. In addition, as a preacher, he executed his office as apostle. When he preached he prophesied.

Later, he sent Timothy to them “who will remind you of my ways in Christ, as I teach everywhere in every church.” Again, we see Paul employing the word “teach” as inclusive of his total content. Timothy was to minister according to an authoritative content that consisted of Paul’s revelatory teaching. In both his preaching and his teaching, Paul did Christ-centered exposition of the Old Testament enlightened and complemented with the revelation given him by the Holy Spirit (1 Corinthians 1:18-25; 2:1-16). He built this entire exposition of the preaching of the cross on two sources of special revelation—citations from the Old Testament (1 Corinthians 1:19, 31; 2:9, 16) and revealed truth in the context of his calling as an apostle (1 Corinthians 2:10-13). Both of these elements of the single revelation of God permeated the entire declaratory ministry of Paul: preaching, speech, writing  (1:21-23; 2:4, 6; 5:11; 11:17; 14: 37; 15:1, 2, 12).

Paul also indicated that, like others who received revelatory gifts in the churches, he spoke in tongues and prophesied (1 Corinthians 13:9; 14:6, 18). His capacity, therefore as an apostle involved his reception of revelation in a variety of manners and distributing such revelation in a variety of functions. His reception of revelation manifest in prophetic utterance could also be communicated as teaching or preaching.

An Interlude on the Witnesses of Revelation 11

When I interpret, therefore, the witness of the “prophets” in Revelation 11 as the faithful preaching of the church in opposition to the errors of the world, it is not a mere “redefining of prophecy to be nothing more than preaching.” It is a distillation of the inescapable conclusion based on the Bible’s presentation of language. It recognizes not only these etymological crossovers but the Bible’s movement toward the finalization of the prophetic word in the apostolic writings by the end of the apostolic era. John gives a picture of the power of unwavering commitment to proclaim God’s written revelation and the world’s hatred of that unwearied witness.

If, however, one asserts that the prophesying of these Revelation 11 witnesses is the setting forth of immediately received revelation, a prima facie problem emerges. By this interpretation, the main witness against the opposition of antichrist during the entire post-apostolic age will be done by means of those who maintain the New Testament gift of prophetic revelation (even if it is deemed as subject to misinterpretation [as contemporary defenders of continuationism affirm], misapplication, and erroneous transfer of the revealed information).  According to this view of the witnesses, we have nothing about a preaching ministry built on the infallible word of God.

By identifying the “prophecy” of these witnesses as continuing revealed utterances, we must assert that the world hates the church and its message not because it preaches the Bible, but because it continues to proclaim a message as yet unwritten and unrevealed. Because of continuing revelation, so goes this view, power is invested in that message and the church undergoes rejection, martyrdoms, and its message is resisted and even hated by the world. Jesus clearly forewarned his disciples, “If the world hates you, you know that it has hated me before it hated you” (John 15:18). He also said that a blessing accompanied that hatred: “Blessed are you when men hate you, and ostracize you, and insult you and scorn your name as evil, for the sake of the Son of Man” (Luke 6:22). They expected this for themselves and forwarded the warning to those who believed on the Son of Man through their words. But, are we to expect that this resistance comes because of ongoing revelation and prophetic utterance and not because of preaching the prophetic word of the apostles?