What About Prophets Today? – Part 6 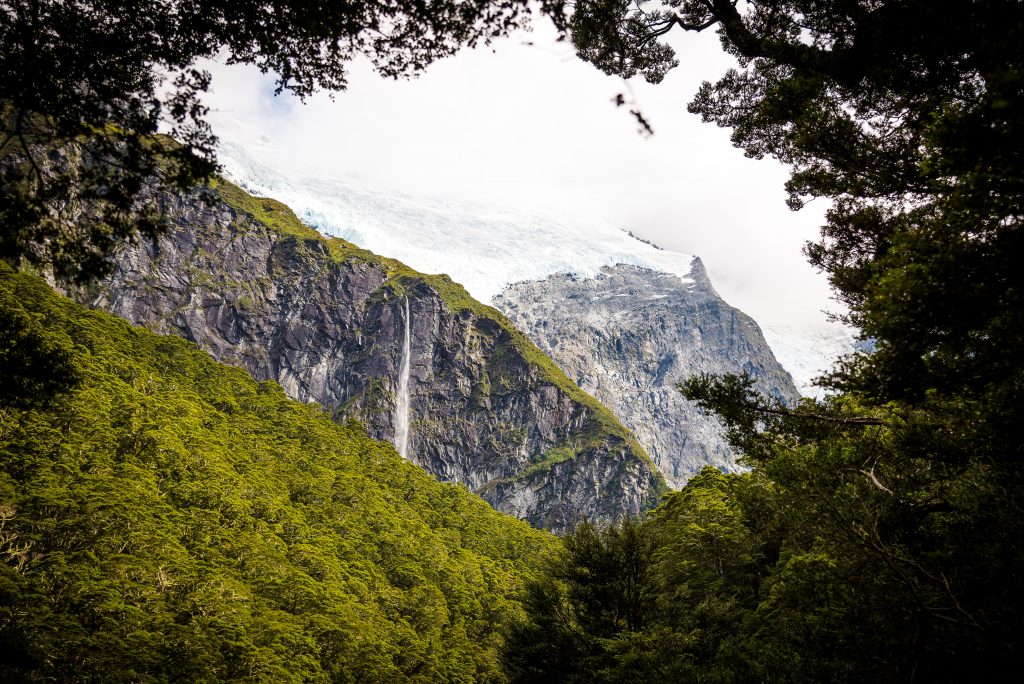 This article is part 6 of a 6-part series entitled What About Prophets Today?

The Prophesying of Revelation 11

Returning now to the context of chapter 11, John has been shown that the book of Scripture, the book to which he is adding at that moment and about which he warns others at its close neither to add nor subtract, is sweet to the taste but bitter in the stomach (10:10). Its message of the redemptive work of Christ, the glory of Christ, the victory of Christ is sweet; the message about human sin, rebellion, and the awesome manifestation of divine wrath against sin is distressing and bitter. Nevertheless, through his words he will prophesy to many people and nations.

Who are the prophets, therefore, of Revelation 11, who also are called the “two witnesses,” “two lampstands,” and “two olive trees.” The reference is to the Old Testament books of Haggai and Zechariah. Zechariah 4:2 depicts a vision beheld by Zechariah when he was awakened from sleep, “I see, and behold, a lampstand all of gold, with a bowl on the top of it, and seven lamps on it, with seven lips on each of the lamps that are on the top of it. And there are two olive trees by it, one on the right of the bowl and the other on its left.” Zerubbabel is identified as one of these who will complete the construction of the house of the lord with exact obedience so that people rejoice when the see “the plumb line in the hand of Zerubbabel.” Verse 14 calls them “the anointed ones, who stand beside the Lord of the whole earth.” These are preachers arising from the true people of God, the lampstands (thus verses 1 and 2 where the outer court is excluded from the canonical measure), who will faithfully execute the word of prophecy under the anointing of the Spirit.

This is what Joshua and Zerubbabel did: “Then Zerubbabel the son of Shealtiel, and Joshua the son of Jehozadak, the high priest, with all the remnant of the people, obeyed the voice of the Lord their God, and the words of Haggai the prophet, as the Lord their God had sent him.. And the people feared the Lord. . . . And the Lord stirred up the spirit of Zerubbabel the son of Shealtiel, governor of Judah, and the spirit of Joshua the son of Jehozadak, the high priest, and the spirit of all the remnant of the people. And they came and worked on the house of the Lord of Hosts, their God.” (Haggai 1:12-14); they responded with obedience to the word of the prophet. They symbolize the message of the completed work of Christ which is applied to all the elect until the last one is called (the capstone) by the power of the Spirit (Zechariah 3 and 4). “Who are you , O great mountain? Before Zerrubbabel you shall become a plain. And he shall bring forward the top stone amid shouts of ‘Grace, grace to it!’” (Zechariah 4:7). Jesus (Zerrubbabel) reigns and has made plain all mountainous obstacles that stood in the way of the redemption of the elect. He will bring in the last one and the entire witness to his success will be seen in terms of the eternal covenant of grace, executed faithfully by the Lord Jesus. This is accomplished according to the completed words of the prophets.

The word of prophecy to which the witnesses are obedient John himself is writing and completing. The church now has the completed word of prophecy. It stands, by God’s truth given to prophets and apostles, as a continual proclamation of judgment against the world. When we utter its propositions of truth, its word of judgment, its oracle of the singular way of salvation through Christ, the Son of God, we give objective reality to John’s description, “Everyone who goes on ahead and does not abide in the teaching of Christ does not have God; whoever abides in the teaching has both the Father and the Son” (2 John 9). John had given a more expanded explanation of this in 1 John 4:1-6, dividing the world into those who follow “false prophets” who “speak from the world” and those “who listen to [the apostles]” and confess that “Jesus Christ has come in the flesh.” This is a short but pregnant confession concerning the person and work of Christ—the long-prophesied Messiah was the God/man, Jesus of Nazareth, who took our flesh in order to take our place both in death and in righteousness, by which we receive eternal life. This witness summarizes the prophetic word and constitutes the message of the “two olive trees, the two lampstands, that stand before the Lord of the earth” (Revelation 11:4).

John sees these prophets as manifesting awesome power in that they preach faithfully the word of God. We know from Scripture the marvelous things that gave verification to the words of the prophets. This word contains terrific judgments upon unfaithfulness and unbelief like those uttered by Elijah when the heavens were shut and gave no rain (1 Kings 17); it utters horrid judgment like those pronounced by Moses (Exodus 7:14-12:30). It is by the proclamation and the stating of the terms of the gospel that sins are retained or remitted (Matthew 16:19). The word of God can bring down fire from heaven to consume the enemies of the prophet (2 Kings 1: 9-12). It is like the words of Jeremiah who found God’s word to be like a fire and a hammer that breaks the rock (Jeremiah 23:39); “He who has my word, let him speak my word faithfully” (Jeremiah 23:28). It pierces to the dividing asunder of soul and spirit, bones and marrow, is a discerner of the thoughts and intents of the heart (Hebrews 4:12); it is hated by worldly powers.

Paul saw through apostolic knowledge that such response would soon be manifest. The lack of response from the world, or from false religionists, does not diminish the truthfulness of any of its content, but all will happen in accord with its warning, promises, and propositions. Nor does its power suffer by the world’s apparently successful elimination of its messengers. Even if the messenger dies, the message still is true and will accomplish what God intends. As Paul anticipated his own execution, he urged Timothy by the one who is to judge the living and the dead to

Preach the word; be ready in season and out of season, reprove, rebuke, and exhort, with complete patience and teaching. For the time is coming when people will not endure sound teaching, but having itching ears, they will accumulate for themselves teachers to suit their own passions, and will turn away from listening to the truth and wander off into myths. As for you, always be sober-minded, endure suffering, do the work of an evangelist, fulfill your ministry. For I am already being poured out as a drink offering, and the time of my departure has come. (2 Timothy 4:1-6).

In the killing of the prophets and the worldly rejoicing that follows, we see a statement of the hatred that the world has for the word of God and its proclamation. It works to silence the word and refuses to give honor or credence to revealed truth. Whether the persecution of Diocletian, the atheism of the French revolution, atheist Russia, or atheist China, or the militant Islamic states, or the medieval papacy, the purpose of the opposition was to hide the Word of God from the people and to eliminate its preaching.

But like the corpse that contacted the bones of Elisha (2 Kings 13:20, 21) these prophets stand on their feet. God commands life through the word of the prophets. Though his providence may work slowly, God will vindicate the proclamation of his word as having been commissioned from heaven itself. The Reformation with the recovery of sola scriptura and the centrality of preaching the gospel, the massive growth of the church in China and the encouraging signs of evangelical growth in Russia, and the targeted attempt to penetrate Islam with the gospel could be aligned with the resurrection of the prophets and the voice from heaven calling them up, accompanied by a manifestation of providential judgment on the enemies of the word of God.

All this seems to be an apocalyptic manifestation of Paul’s persuasion stated in 2 Timothy 1:12, “I know whom I have believed and am persuaded that he is able to keep my deposit until that day.” In Paul’s work as a “preacher, an apostle, and a teacher of the Gentiles” God had given him a deposit of revelation that Paul understood would be protected “until that day.” That same deposit (paratheken) Paul tells Timothy to “keep by the Holy Spirit who dwells in us.” In one sense, church history is the story of how God himself protects the deposit. John’s apocalyptic vision of that is in Revelation 11.

The proof text for cessationism, therefore, is not a single verse but the intended, self-conscious trajectory of the apostles toward culminating the prophetic message in conjunction with the completion of the written revelation. What they spoke and preached and taught now is preserved and continued in what they wrote. Their message of revelation delivered under the inspiration of the Spirit had become the “prophecy of Scripture.” Paul’s stewardship of the revelation of the mystery with the consequent intention of making the “word of God fully known” (Colossians 1:25) came to pass.

For these reasons also, I do not take this position as “a convenient, last-minute adjustment in the meaning of prophecy,” but see it as a normal progression of thought in light of the unity between prophecy and preaching in the Bible. It would be natural for the overall message of the church in opposition to the world to be called prophecy. Its establishes the antithesis between the values of the world built on secular power, accumulation of wealth, and the tradition of men vis a vis the affirmations and values of gospel-believers built on revelation.